On April 20, 1907, Charles Lang Freer was in Yokohama, Japan, visiting his friend and fellow collector Hara Tomitaro. Delighted beyond measure with Hara’s estate and his remarkable collection of Japanese art, Freer took to his diary to remind himself that on that day he was in “a beautiful world.”

At the time of Freer’s 1907 visit to Hara’s estate atop San-no-tani (“the third valley”), a half–century had passed since Japan had opened itself to the world after centuries of self-imposed isolation. Everything in Japan was rapidly changing, from the urban landscape to cultural and economic hierarchies. Indeed, in the early 1900s new centers of financial and cultural power were blossoming around the world, from Yokohama to Detroit, Michigan. Both Hara and Freer were active participants in shaping this new world, simultaneously cultivating a passion for the arts, past and present.

Like Freer, Hara was a successful businessman. As Yokohama’s leading silk merchant, he could afford to build an impressive art collection.

The affinity between the two connoisseurs went further. Hara, like Freer, was also happy to open his home and show his possessions to others, then an uncommon practice among private collectors. Their commitment to sharing extended far beyond this.

For Freer, 1906 marked the formal acceptance of his bequest to the Smithsonian; for Hara, it was the beginning of his policy to keep the garden he had built on his estate, Sankeien, open to the public daily.

There, visitors could enjoy pagodas, bridges, and other architectural structures from various historical periods and regions of Japan. Hara had either acquired and moved them to his estate or he had them reconstructed in his garden.

Recognizing a kindred spirit, Freer saw his visit with Hara as a chance to delight in his friend’s treasures and to deepen his own understanding of Japanese art. The visit was part and parcel of a web of visits and gifts that amounted to an unofficial form of cultural diplomacy within a network of Japanese, American, and European art dealers and collectors.

But affinities also had limits. Freer did not share the enthusiasm of Hara and their common friend Ernest Fenollosa for Nihonga, the contemporaneous neotraditional Japanese painting. Instead, as a collector, Freer focused his attention on older Japanese paintings and ceramics.

To honor Freer’s interests, Hara presented the American collector with a fourteenth-century handscroll of a poem-composing contest among various artisans. With its layered references to courtly traditions and class satire, the painting was a meaningful gift that expressed Hara’s acknowledgment of Freer’s growing familiarity with Japanese art and culture. In addition, the air of collegiality among the artisans mirrored the budding friendship between the two men. 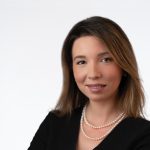