Happy World Book Day! If you’re a book lover, you might enjoy exploring the Pulverer Collection of Japanese Illustrated Books, acquired in 2007 by the Freer Gallery of Art and Arthur M. Sackler Gallery. Formed over a span of thirty years by Dr. Gerhard Pulverer and his wife Rosemarie, the collection includes over 900 titles (totaling approximately 2,200 volumes) mostly from the Edo period (1603–1868), although there are a number of twentieth-century works as well.

Many of the same artists who designed the dazzling, full-color woodblock prints of the Edo and Meiji (1868–1912) periods also supplied images for illustrated books. Illustrated novels were hugely popular at the time and dynamically wove text and image together in engaging narratives that combined the skills of both authors and artists. Another type of illustrated book were collections of designs by famous artists that could be used as training guides for aspiring amateur students or could simply be enjoyed by fans of the artist’s style on the basis of their visual qualities alone. One example of this type is Collected Sketches by Kuniyoshi (Kuniyoshi zatsuga shū). The artist, Utagawa Kuniyoshi (1798–1861), was a legendary designer of warrior imagery—so much so that his nickname was “musha-e Kuniyoshi,” or “warrior picture Kuniyoshi.”

Published late in Kuniyoshi’s life in 1856, the pages of this volume are filled with images of the martial figures for which Kuniyoshi was renowned, such as Musashibō Benkei hauling the great bell of Mii-dera. Another noteworthy scene is of Fujiwara no Yasumasa and Hakamadare, which depicts an incident familiar from classical tales where the thief Hakamadare crept across the moors in search of a warm winter coat. Hakamadare spied the well-to-do figure of Yasumasa (958–1036), but when he tried to attack him, Hakamadare became frozen by the music Yasumasa played on his flute. Kuniyoshi’s depiction—although without any explanatory text—offers an evocative snapshot of the larger narrative that would have been known to readers in his time.

A less immersive treatment of Yasumasa is presented in Kikuchi Yōsai’s (1781–1878) twenty-volume compendium Wise Men and Events of the Past (Zenken kojitsu). Published in 1868, this text would become a critical resource for artists working in a variety of styles. Accompanying these line drawings of isolated historical figures on blank backgrounds, Yōsai’s work also includes succinct biographical descriptions based on old accounts that are faithfully followed by artists attempting to capture the “truth” of Japanese history.

Just as was intended by offering such primers of model compositions, these books were used by other artists in their own designs. For example, Kuniyoshi’s pupil Yoshitoshi (1839–1892) based his masterful print triptych Fujiwara no Yasumasa Plays the Flute by Moonlight (1883), on a painting he submitted  to a national painting exhibition the year prior. We are fortunate to have three separate impressions of this triptych in the Sackler collection.

Although Yoshitoshi has added his own characteristic and haunting emphases, such works reveal the many afterlives of compositions that have been circulated through printed books. Yoshitoshi has adopted from Yōsai’s manual the staid, frontal pose of Yasumasa playing the flute but he has added Hakamadare—retro-engineering a frontal view of this figure from the perspective given in his teacher’s composition. Yoshitoshi’s version is more atmospheric, reinserting the full, bright moon—a key component of the original story that Yoshitoshi has made sure to include. Compared to Kuniyoshi’s more crowded scene, Yoshitoshi presents a sparser landscape that allows us to focus on the figures and their interaction while avoiding Yōsai’s almost clinically isolated treatment. Here, the quiet turbulence of the tension between the two men is projected onto elements of the scenery—the long grasses stirred by the autumn wind hinting at the hidden power beneath Yasumasa’s tranquil façade.

The value of these model compositions is no longer locked in the past. Artists in the present day can refer to these repositories of inspiration and composition, seeking guidance from past masters in much the same way an Edo-period student would have done. Readers interested in the Pulverer Collection are welcome to explore the dedicated website The World of the Japanese Illustrated Book, which brings together the contributions of an extraordinary number of scholars in cataloguing the works through object entries, essays, and videos. Visitors to the site can search by subject, artist, title, or date, and each volume has been scanned in its entirety—often with Dr. Pulverer’s accompanying handwritten notes. 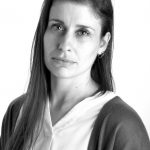 Kit Brooks is The Japan Foundation Assistant Curator of Japanese Art at the Freer and Sackler, specializing in prints and paintings of the Edo and Meiji periods. Kit began their career at the British Museum, and holds a PhD. in the history of Japanese art and architecture from Harvard University (2017).