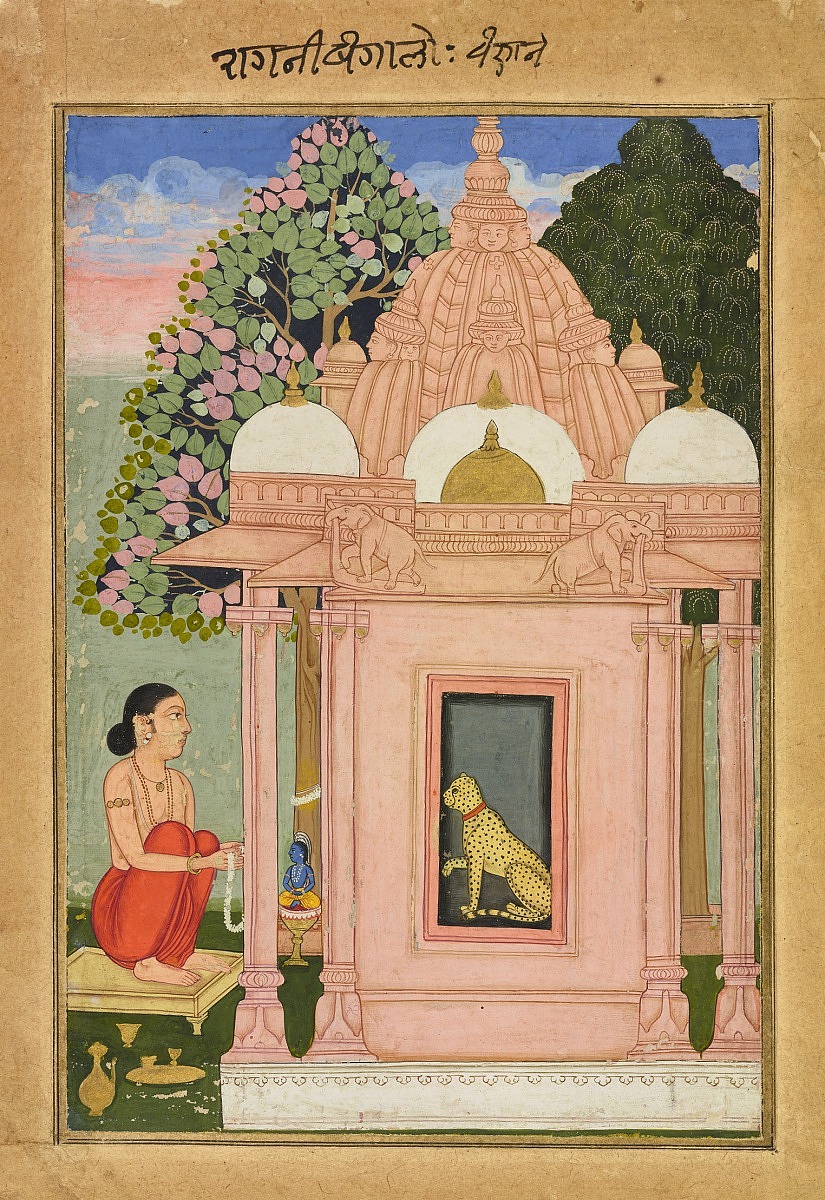 1990
Sale, London, Sotheby’s, Oriental Manuscripts and Miniatures, October 12, 1990, lot 41: “Bangali ragini: a girl dressed as an ascetic crouches on a stool before a shrine to the god Vishnu, a cheetah within the shrine, the roof decorated with elephants and faces” [1]

From 1990 to 2018
Ralph (1914-2001) and Catherine Glynn Benkaim, Beverly Hills, California, purchased at auction, London, Sotheby’s, “Oriental Manuscripts and Miniatures,” October 12, 1990, lot no. 41: “Bangali ragini: a girl dressed as an ascetic crouches on a stool before a shrine to the god Vishnu, a cheetah within the shrine, the roof decorated with elephants and faces.”

Enigmatic in the extreme, this painting depicts a hunting cheetah sitting squarely in the inner sanctum of a sandstone temple. To the left of the temple, a beautiful youth wearing a sacred thread worships a small icon of Vishnu. The young man may be a prince because he wears the pearl and ruby earrings that came into style during the reign of the Mughal emperor Jahangir, and the cheetah may be his.

The image embodies the musical mode of Vangala, which is meant to be sung in the morning in the autumn season. It is described in a verse from a ca. 1605 Marwar painting as a beautiful young man singing a sacred hymn:

His body is decorated with a beautiful string of grass. He wears the skin of a young foe. He is a vigorous youth. His body shines with the brilliance of gold. He sings the sacred hymn, Vangala. 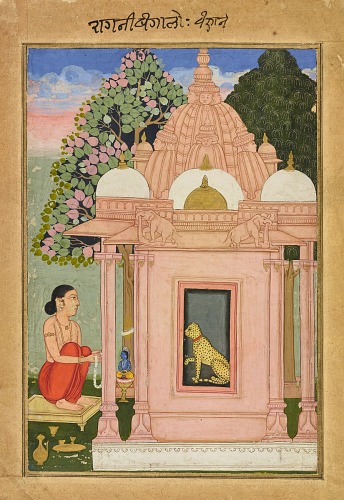