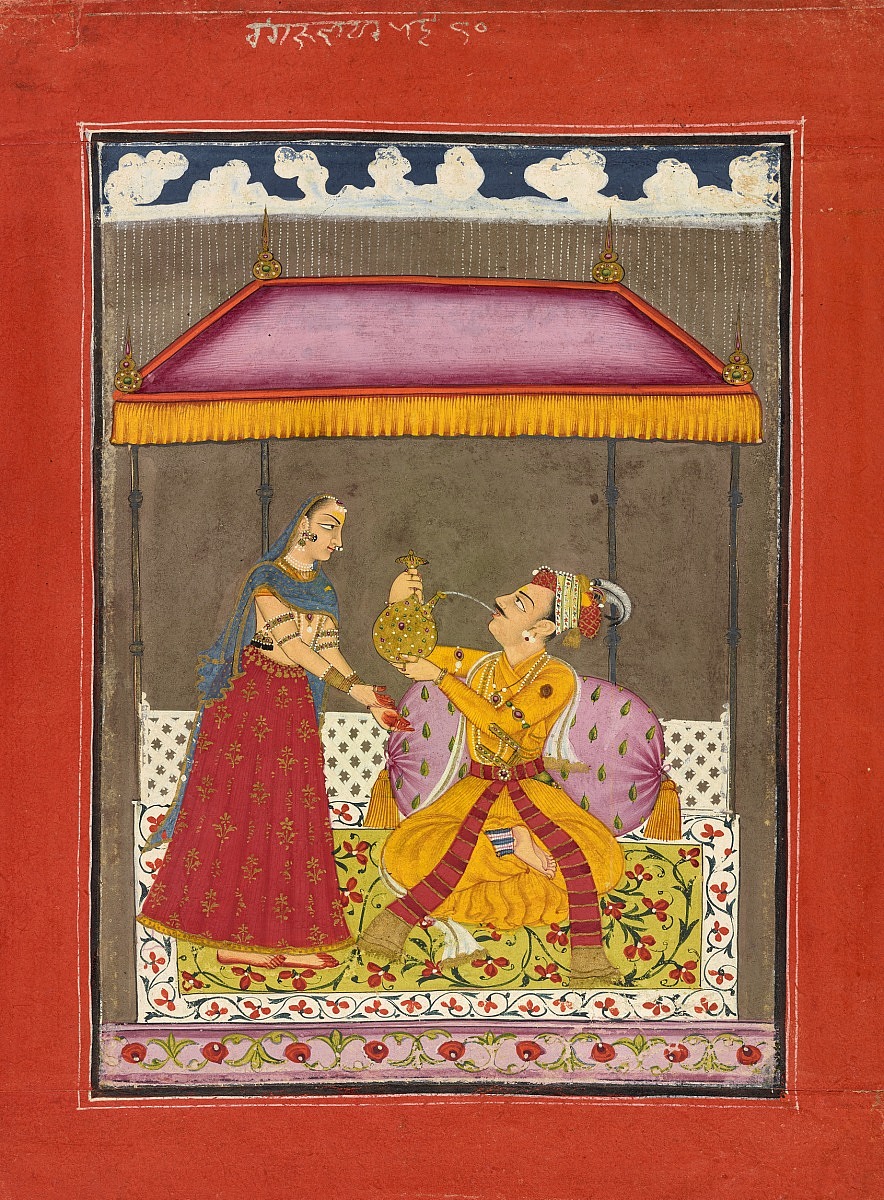 [1] Ananda Kentish Coomaraswamy was born in Colombo, Ceylon (now Sri Lanka) and moved to England for his education in 1879. He attended university in London, graduating with degrees in geology and botany in 1900. He then returned to Ceylon and pursued a career in mineralogy, earning a doctorate in 1906. He was active from 1907 until his death in 1947 in Needham, Massachusetts. In 1910, however, his interests shifted to Indian and Sri Lankan culture, and he moved to America to serve as curator of Indian art and as a researcher of Indian and Middle Eastern art for the Boston Museum of Fine Arts. Because he spent the second half of his life in the U.S., it is highly unlikely that any art from his personal collection would have a contested provenance.

The life-giving rains of the monsoon and its sensuous pleasures inspired the musical composition (raga) Megh and its associated compositions (raginis and ragaputras). This Bilaspur painting, which represents Jalandhara ragaputra, invites us to imagine the romance associated with the monsoon season, a time when travel was difficult and couples stayed together at home. The sound of Jalandhara ragini is likened to clouds and thunder in the Mesakarna classification of ragamala. In the painting, rain pours from the sky. The spout of water pouring into the hero's mouth as he gazes at the beloved who brought him the pitcher, further develops that mood. The image emphasizes the materiality of water and the bond between the lovers.

Dressed in luxurious silks, adorned with pearls and gems, the lovers embody an ideal of refined pleasure, or kama, which refers not to an isolated act of sex but rather to the making of a connoisseur's kama world on earth. To live a proper life, gentlemen and kings were expected to cultivate their senses in order to appreciate the subtleties of exquisite wines, perfumes, jewelry -- and lovemaking.

Bilaspur was the capital of the small kingdom of Kahlur located in the central area of the Punjab Hills near Mandi. In seventeenth-century Mandi and Bilaspur, artists did not draw on the Basohli style of Pahari paintings, but rather produced Mughal-inspired works. In the eighteenth century the courts developed their own distinctive idioms. Ragamala series were particularly popular in Bilaspur. 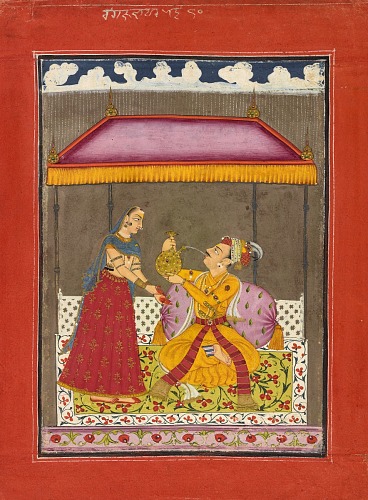