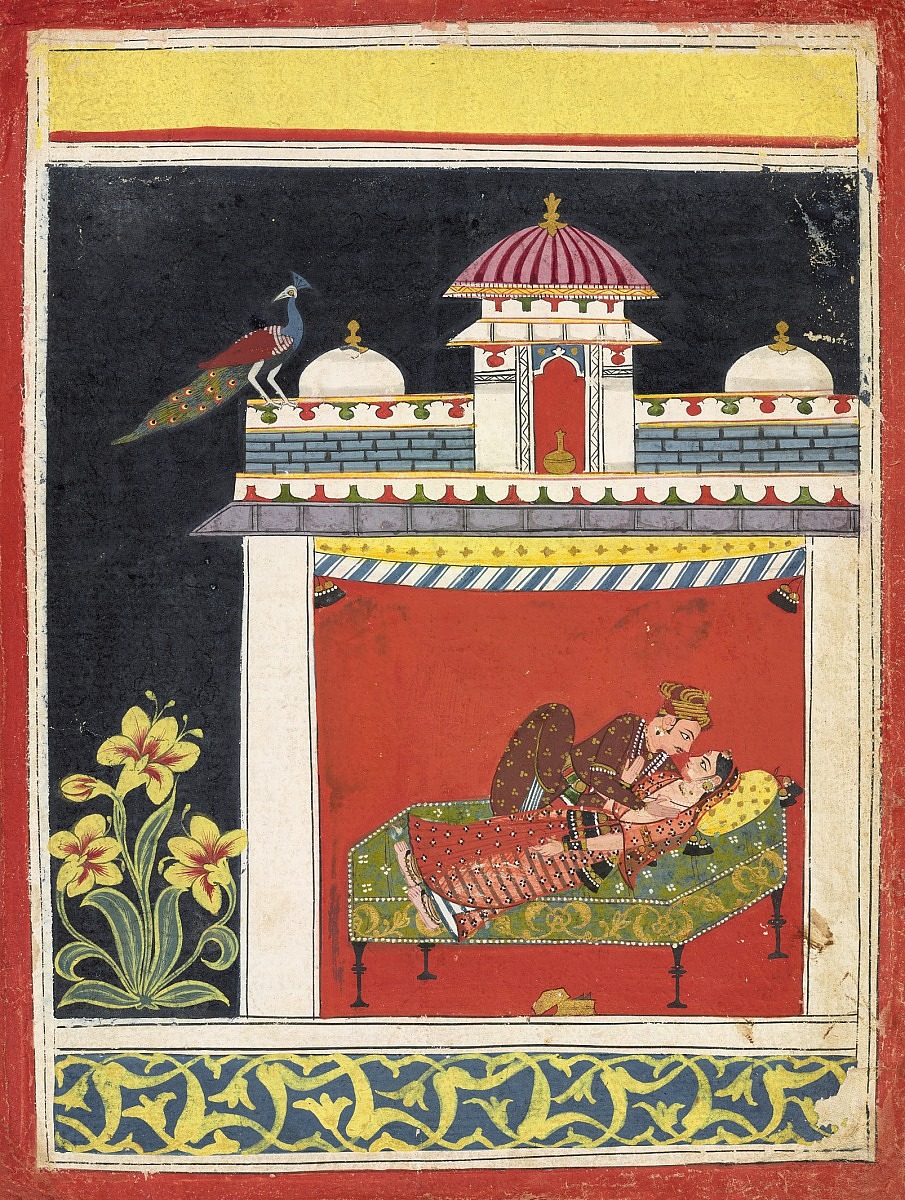 [1] Ralph Benkaim purchased the painting from Sundaram, New Delhi in November 1969, several years before Indian paintings were classified as antiquities by the Indian government, according to his personal records via Catherine Glynn Benkaim.

In Central India, a minimalist yet evocative school of painting rather mysteriously emerged and then disappeared over the course of the seventeenth century. The vagaries of love and longing were its main subjects. Here, on a pitch-black night, within a pavilion with intensely red walls, a lover enthusiastically embraces his beloved, whose gesture of placing a hand on his chest is probably intended to convey modesty and inexperience. To the left of the pavilion, massive yellow lilies unfurl with surreal intensity, and a peacock perches on the pavilion's roof.

The painting epitomizes the Central Indian style, which features a distinctive palette dominated by deep teal blue, black, red, and forest green, and which is conventionally, if imprecisely, identified as "Malwa." To emphasize surface rhythms and patterns over the illusion of depth, artists from this region flattened landscapes into blocks of color. They also created a distinctive figural type: a tall, angular woman who is always seen in profile and often wears a striped Central Indian skirt. The composition's completely black sky and the foliate scroll in the cartouche at the bottom are also hallmarks of Central Indian painting.

Central Indian artists harnessed this rigorous formal restraint to convey a sense of desire, the dominant emotion within the classical tradition of Sanskrit poetry about love. The subject matter suggests the Amarushataka (Hundred poems of Amaru), which was also illustrated in Malwa. Several more explicit lovemaking scenes from Malwa, including one in the collection of the Walters Museum of Art, which may or may not be from an Amarushataka, feature a similar pavilion, a massive flower to its left, a pitch-black night, and a two-color foliate scroll in a cartouche on the lower board.

In the mid-twentieth century, the Malwa style was particularly admired by western collectors, for whom its minimalism prefigured twentieth-century abstraction. 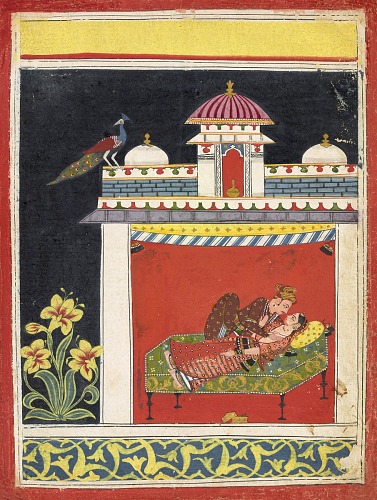