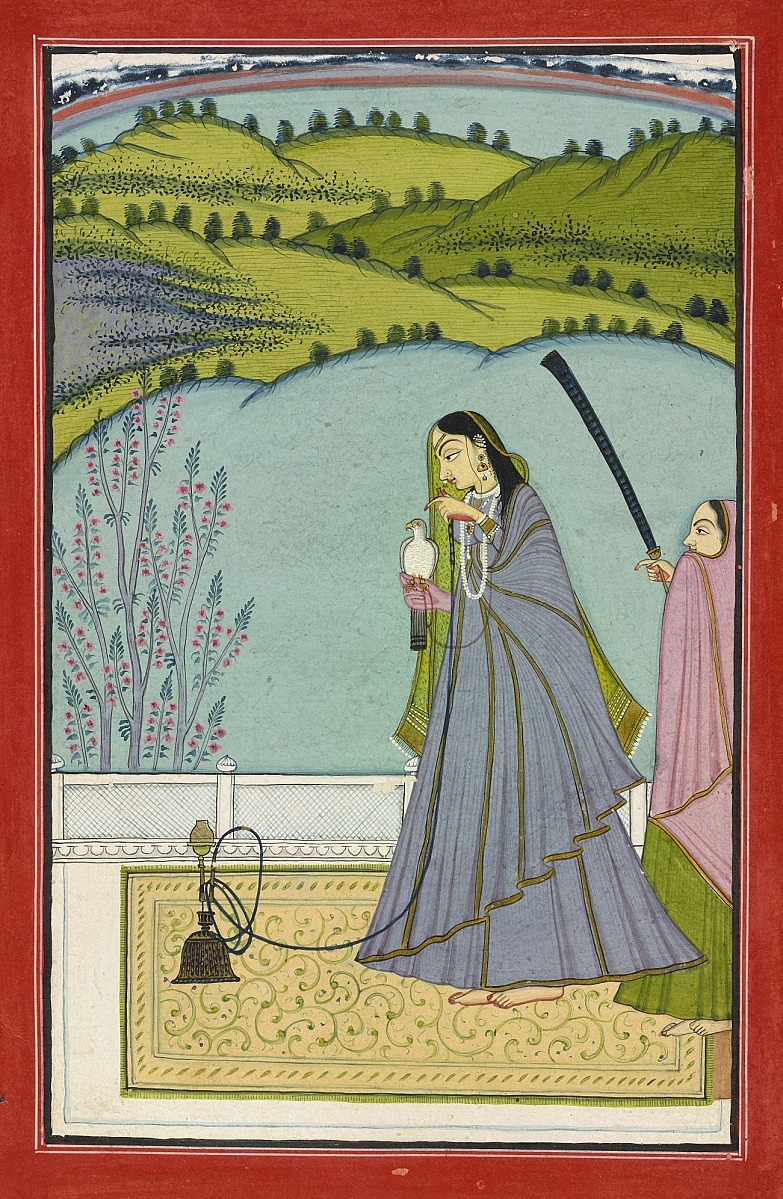 [1] Ralph Benkaim purchased the painting in 1969 from Kasmin Gallery in London, several years before Indian paintings were classified as antiquities by the Indian government, according to his personal records via Catherine Glynn Benkaim.

This painting represents a traditional subject: a beautiful woman standing by a tree. Dressed in lavender and with a blandly generic face, she holds a white falcon and a hookah mouthpiece. The flowery tree to her left and the distant landscape are cursorily rendered. The painting is by a follower of Har Jaimal, an artist identified by his landscapes of rolling hills dotted with tiny trees represented by a series of tiny horizontal brush strokes and dotted patches. This work's high-key pastel palette, particularly its atypical teal, suggests that this folio is a 20th-century work based on Har Jaimal's style. 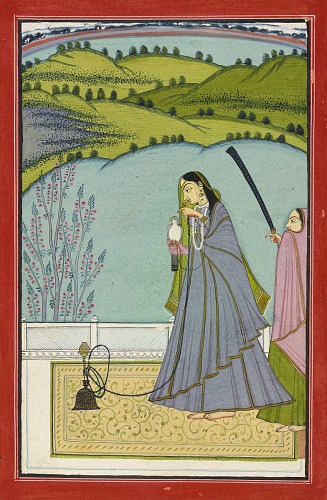