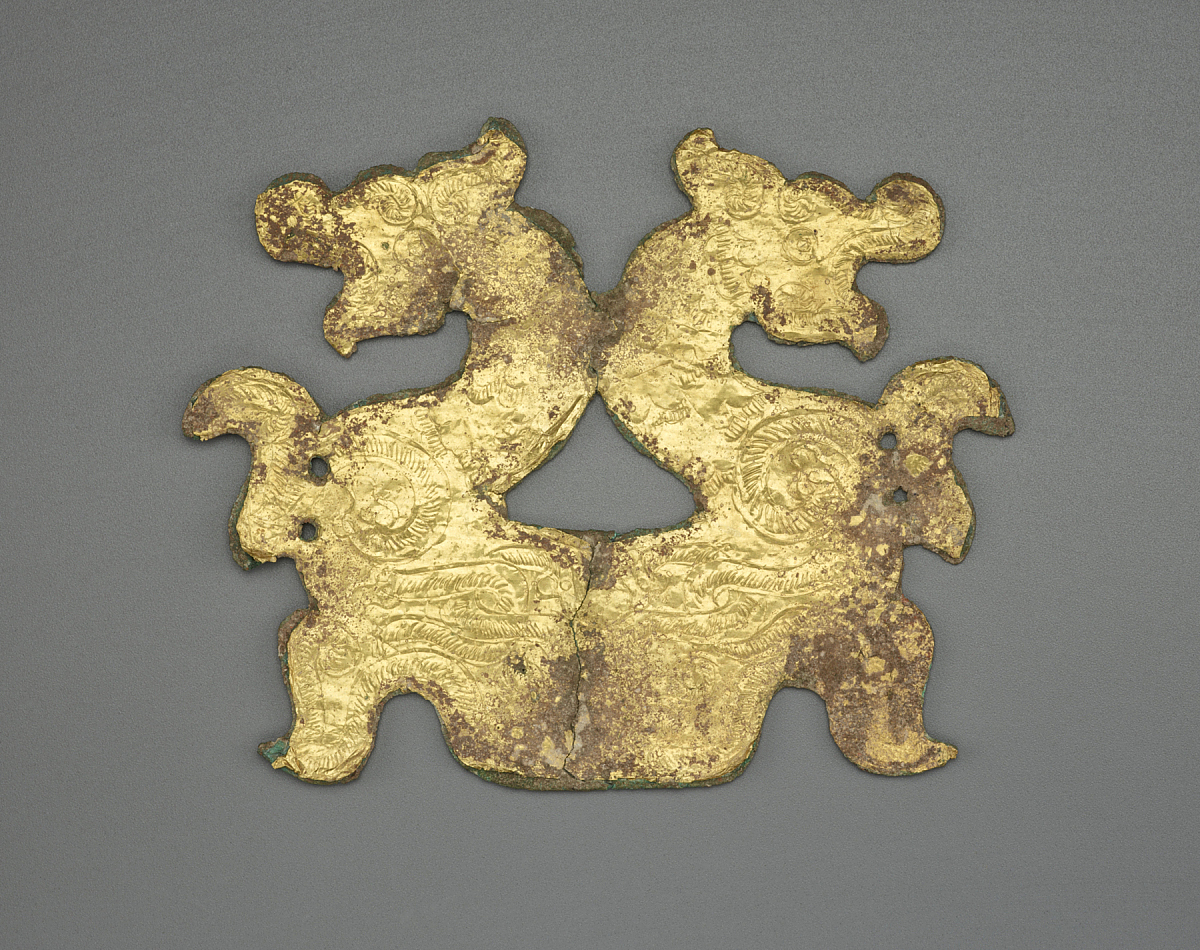 [1] See Exhibition of Gold and Silver in Early Chinese Art (London: W. Burchard, November –December 1938), cat. 1 (ill.). According to the catalogue’s foreword, the objects in the exhibition, including RLS1997.48.4508, had been collected in China during the previous year.

[2] Paul Singer’s acquisition of the plaque from Edna Bahr, the daughter of Abel W. Bahr, was mentioned in his correspondence with Henry Trubner and Zheng Dekun, see letter from Henry Trubner to Singer, dated June 21, 1960 and letter from Zheng Dekun to Singer, dated 24 July, 1960, Paul Singer Papers, Freer Gallery of Art and Arthur M. Sackler Gallery Archives. The collector Abel W. Bahr was born in Shanghai and lived in China until about 1911, when he moved first to London, then to New York, Montreal, and eventually Ridgefield, Connecticut.

[4] See note 1. Singer discussed the circumstances of the plaque’s acquisition from the Bahr collection in his memoirs completed in February 1993, see Paul Singer, “Reminiscences of a Transient Custodian,” ms., Paul Singer Papers, Freer Gallery of Art and Arthur M. Sackler Gallery Archives, p. 106-108. Shortly after the acquisition the plaque was exhibited and published in Emma Bunker, The Art of Eastern Chou (New York, The Chinese Society of America, 1962), cat. 20. Subsequently, it was reproduced in a catalogue of the Singer collection published on occasion of the exhibition curated by Max Loehr in 1965 and in a catalogue of the exhibition organized by Singer in 1972, see M. Loehr, Relics of Ancient China (New York 1965), cat. 53 (ill.); Early Chinese Gold and Silver (New York: China Institute in America, 1972), cat. 2 (ill.). The collection of Chinese art and antiquities assembled by Paul Singer over time was purchased by him on behalf of Arthur M. Sackler, Jillian Sackler, The Arthur M. Sackler Foundation, the AMS Foundation for the Arts, Sciences and Humanities and later was transferred to the children of Arthur M. Sackler. 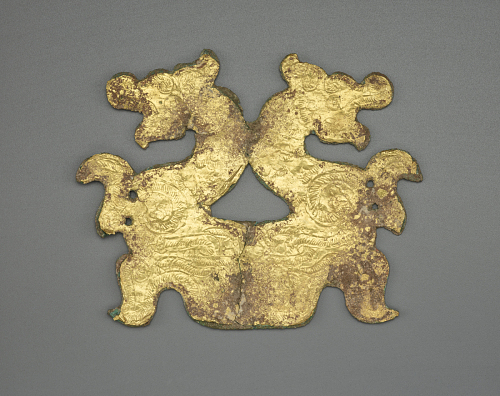