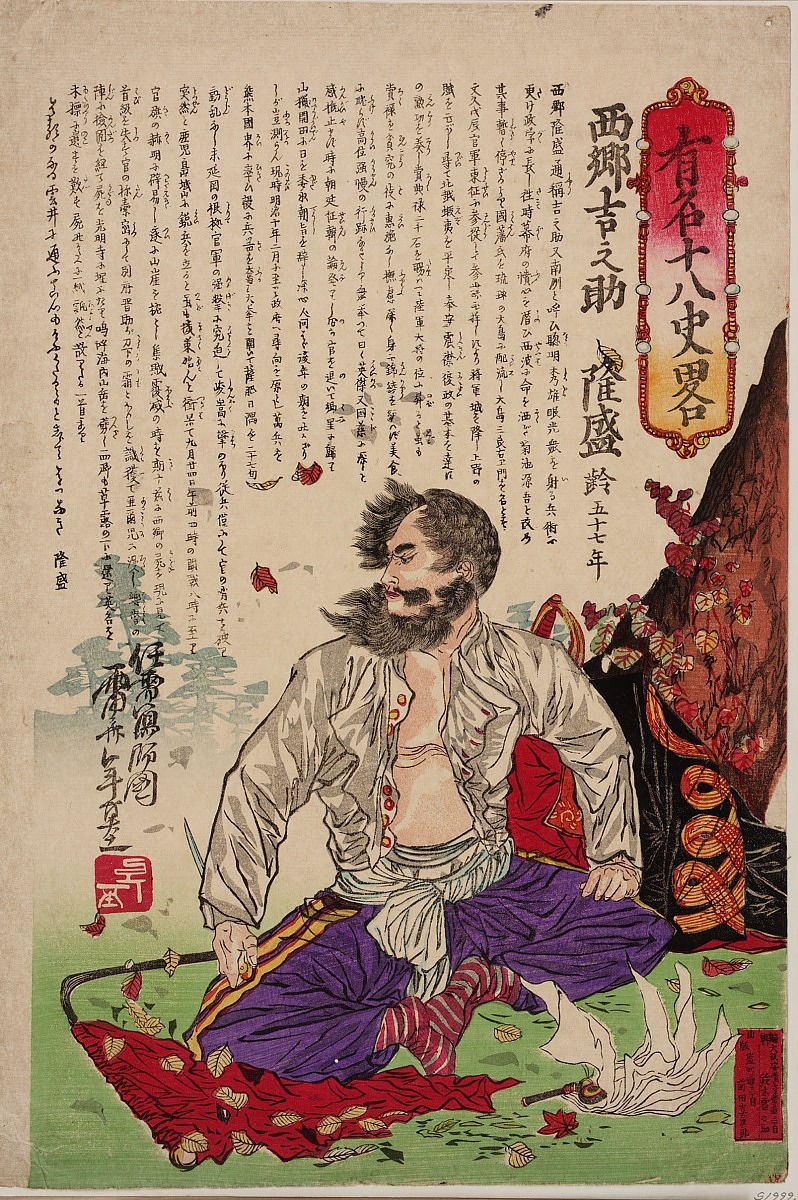 [1] According to Provenance Remark 1 in the object record.

Saigo Takamori (1827-77) was a leader of the overthrow of the Tokugawa shogun's government and the Meiji Restoration. A samurai from the Satsuma domain, he was an imperial loyalist who assisted the Meiji government in its early years after its establishment in 1868. However, when a dispute arose concerning how to handle a problem in Japanese relations with Korea in 1873, Saigo resigned from the government and returned to Kagoshima. In 1877, he led the Satsuma army, intending to attack the national government at Tokyo, but was defeated by the national army at Kumamoto. Subsequently, as the Satsuma Rebellion was suppressed, Saigo committed suicide.

This print depicts Saigo's suicide, in which he holds a dagger in his right hand, having removed his jacked and bared his abdomen for his final act, which occurred on September 24, 1877. The autumn season is suggested by the vines and falling leaves around him. There is a detailed biographical text following the series title and Saigo's full name.

The artist Suzuki Toshimoto lived in Osaka, and was a disciple of Tsukioka Yoshitoshi (1839-92), although his style resembled the innovative manner of Kobayashi Kiyochika (1847-1915), which was strongly influenced by Kiyochika's study of Western painting techniques. The artist's signature reads "Raisai Toshimoto," and is followed by a square red seal reading "Toshimoto." 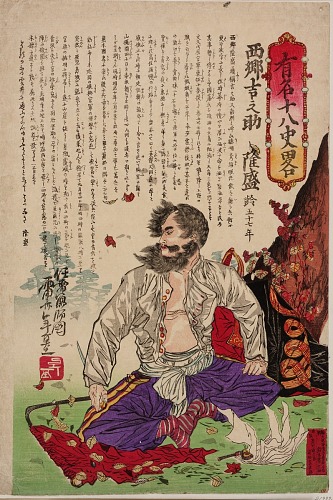