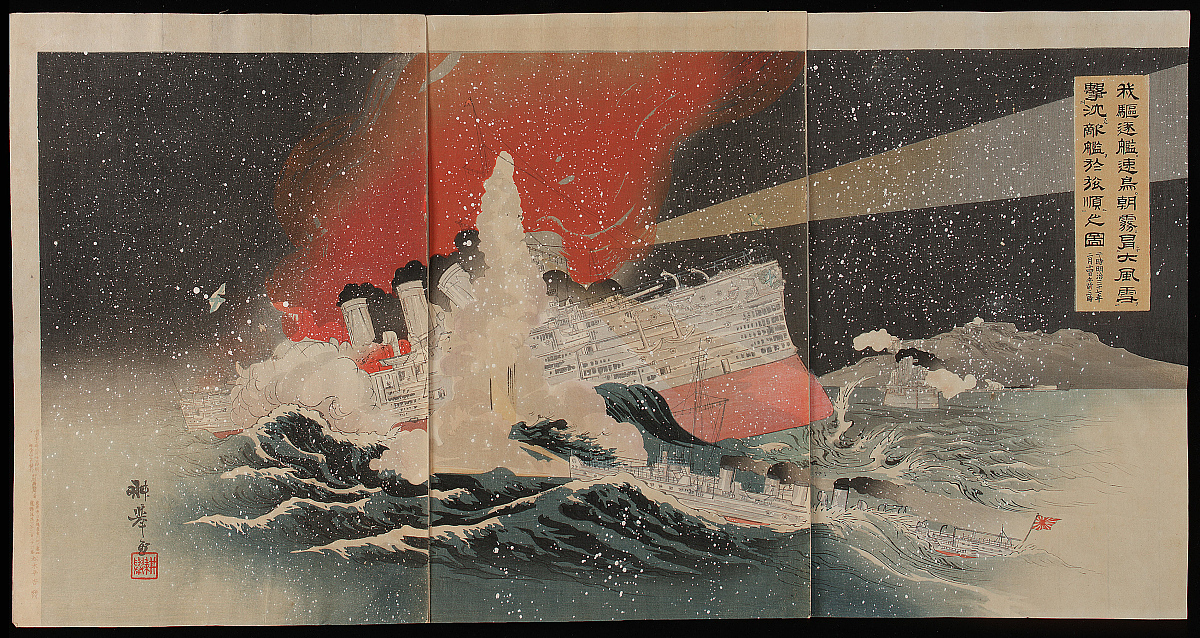 The Japanese Imperial Navy launched coordinated surprise attacks on Chemulpo (present-day Inchon), Korea and Port Arthur on February 8, 1904. After months of protracted and inconclusive negotiations with Russia over concession rights in Korea and Manchuria, Japan decided that a surprise attack to disable the Russian's East Asian fleet would break the impasse. At the beginning of the war, the Japanese Imperial Army was significantly out-numbered by Russian troops and could achieve victory only through control of the sea lanes.

In spite of forewarning of the attack, the Russian navy was utterly lax in its preparations to counter the aggression, and thus contributed to the Japanese success.

The scene rendered here shows Japanese torpedo boats attacking a large Russian vessel in the midst of a winter gale on the night of February 14th. This is a particularly effective rendering of a battle in which gale snow and explosion mix in the dark night sky. The search light of the sinking Russian ship points ineffectively toward the sky, indicating the angle of the vessel's slow submersion. 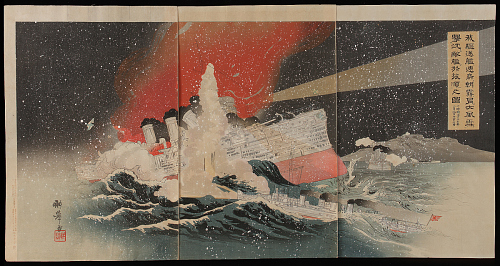