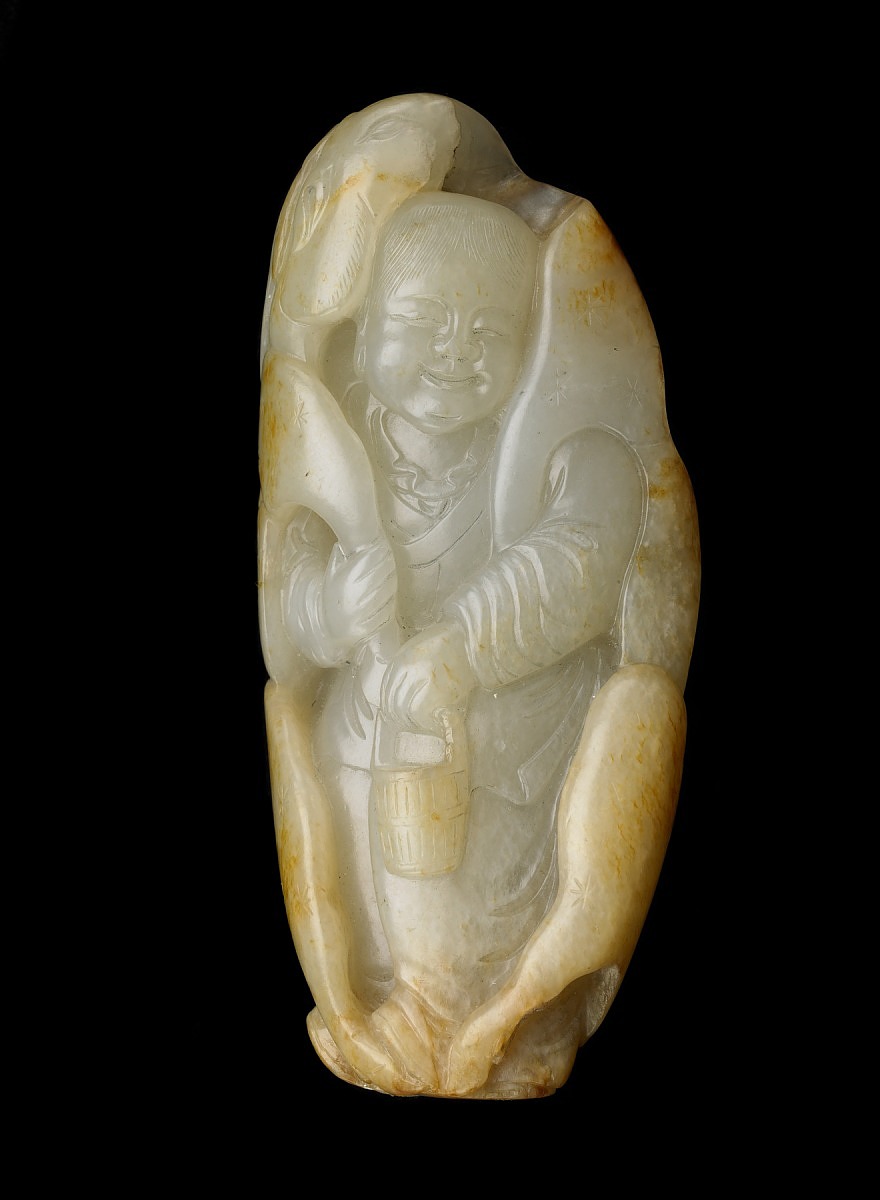 [1] Gure lent the object to the exhibition The Art of the Ming Dynasty, organized by Oriental Ceramic Society in London in 1957, see S. Howard Hansford, “The Arts of the Ming Dynasty: Carvings in Jade, Ivory, Rhinoceros Horn and Bamboo,” Transactions of the Oriental Ceramic Society 1955-56 1956-57 (London, 1958), p. 55, no. 356, pl. 95. See also an undated typed inventory of Desmond Gure’s collection, “List 1 – Objects Not Exhibited at Stockholm 1963,” no. 32: “A pale green jade figure of Yen T’zu with russet markings, one of the examples of filial piety, holding a milk bucket and clothed in the deerskin which he wore in order to mingle with the herd and obtain goats-milk as a cure for his parents’ eye disease – 4 in. high – Ming Dynasty – Fitted Box,” copy in object file.

[2] According to information provided by Arthur M. Sackler Foundation in October 2009, Arthur M. Sackler purchased the jade as part of Desmond Gure’s jade collection on January 10, 1968. See “Arthur M. Sackler Gift: Chinese Jades: Summary,” where the object is listed under Sackler Collection no. J-1375 and identified as S1987.759.

The boy Tanzi is wearing a deerskin disguise to approach a doe for milk with which to cure his blind parents. Tanzi became one of the twenty-four examples of Confucian filial piety for undertaking this difficult mission for his parents. The reverse of the jade pebble is carved with the deer's antlers. 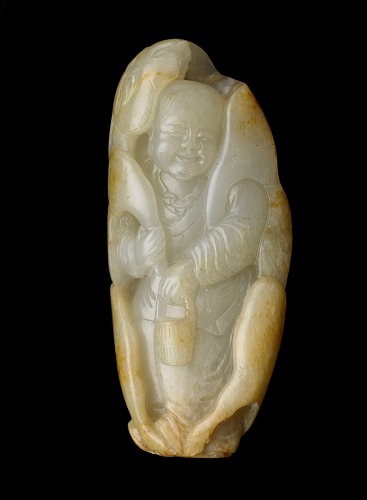