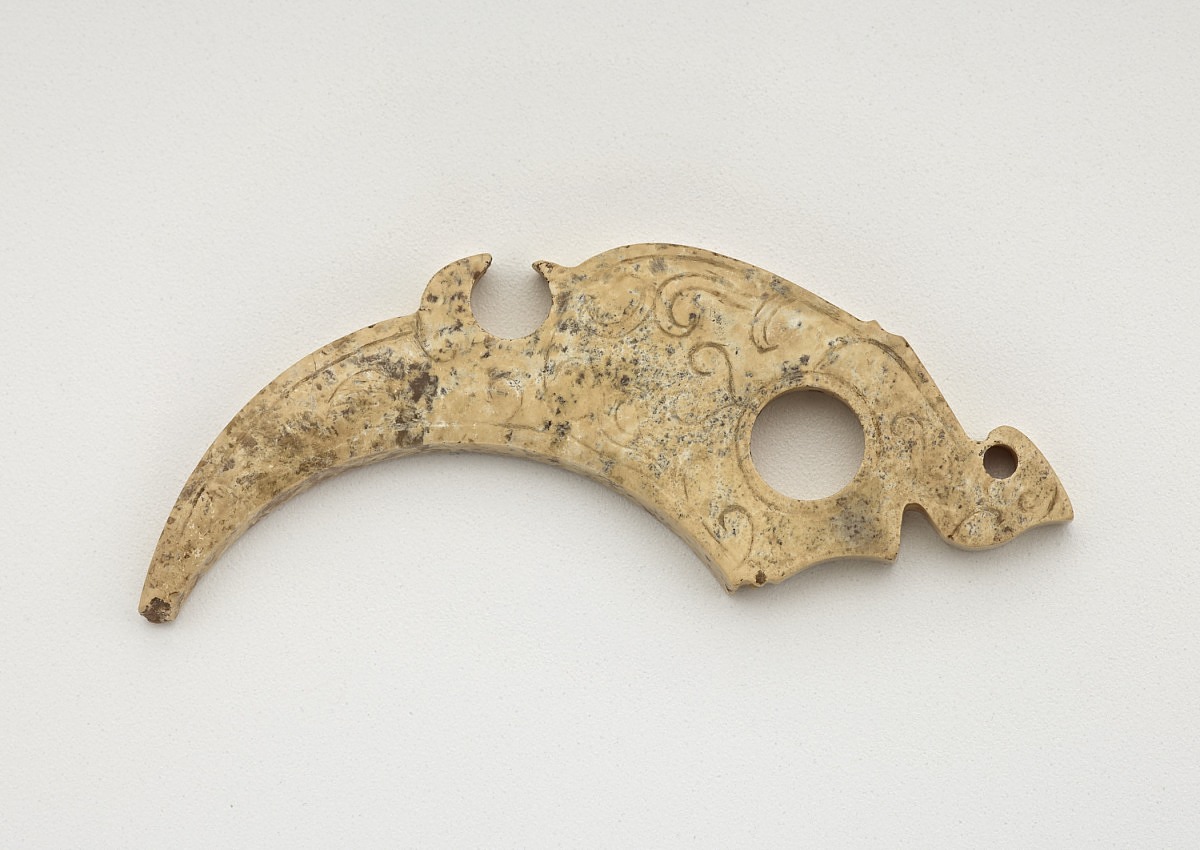 [1] Object published in Archaic Chinese Jades: Special Exhibition (Philadelphia: The University Museum, February 1940), cat. 83. Catalogue entry notes discovery site as Shou-hsien (now known as Shouxian), where tombs were exposed between 1931 and 1932. During this period the tombs were never properly excavated.

[4] On September 1, 1952, C. T. Loo’s associate, Frank Caro (1904-1980) took over daily operations of the New York business, operating at C. T. Loo Chinese Art. Loo continued to play a large role in the business, as he and Caro struck a deal in which profits made on Loo’s stock would be evenly divided and Loo would maintain the lease and rental payments on the company’s gallery space. C. T. Loo Chinese Art kept the same stock number that C. T. Loo & Company assigned it when consigning for Zhang Naiji (see note 2). It is likely that this piece is that listed as J-144 on Invoice from Frank Caro Chinese Art, addressed to Dr. Arthur M. Sackler, August 27, 1964: “Archaic Jade Pendant in form of a kuei, used as knot opener. Shang. Buff color. Lt: 1 -3/4 ins. (Chang Coll),” copy located in the object file.

[7] Pursuant to the agreement between Arthur M. Sackler and the Smithsonian Institution dated July 28, 1982, legal title of the donated objects was transferred to the Arthur M. Sackler Gallery on September 11, 1987. 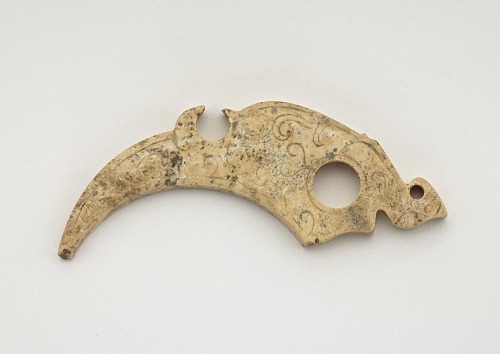