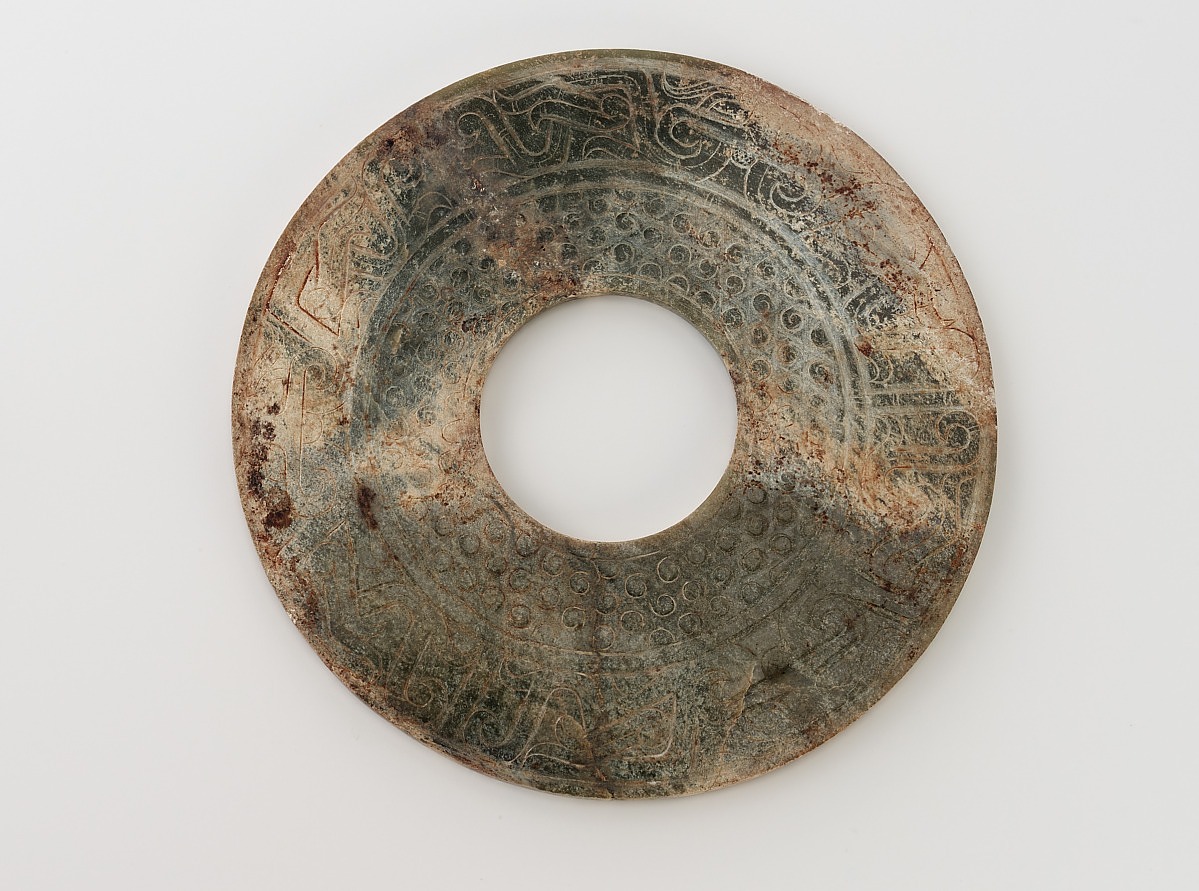 [2] See #121: "Disk. Green with tan and brown stains. Surface has outer band of four tao-tick with double bodies inner band of hexagonal dots in relief with spirals engraved on each one. Old surface imperfections," on list provided by the Arthur M. Sackler Foundation, October 9, 2009, copy in object file. 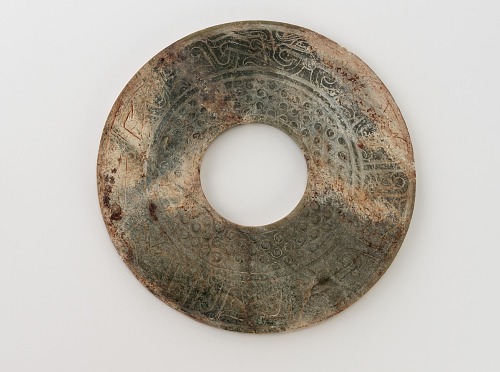