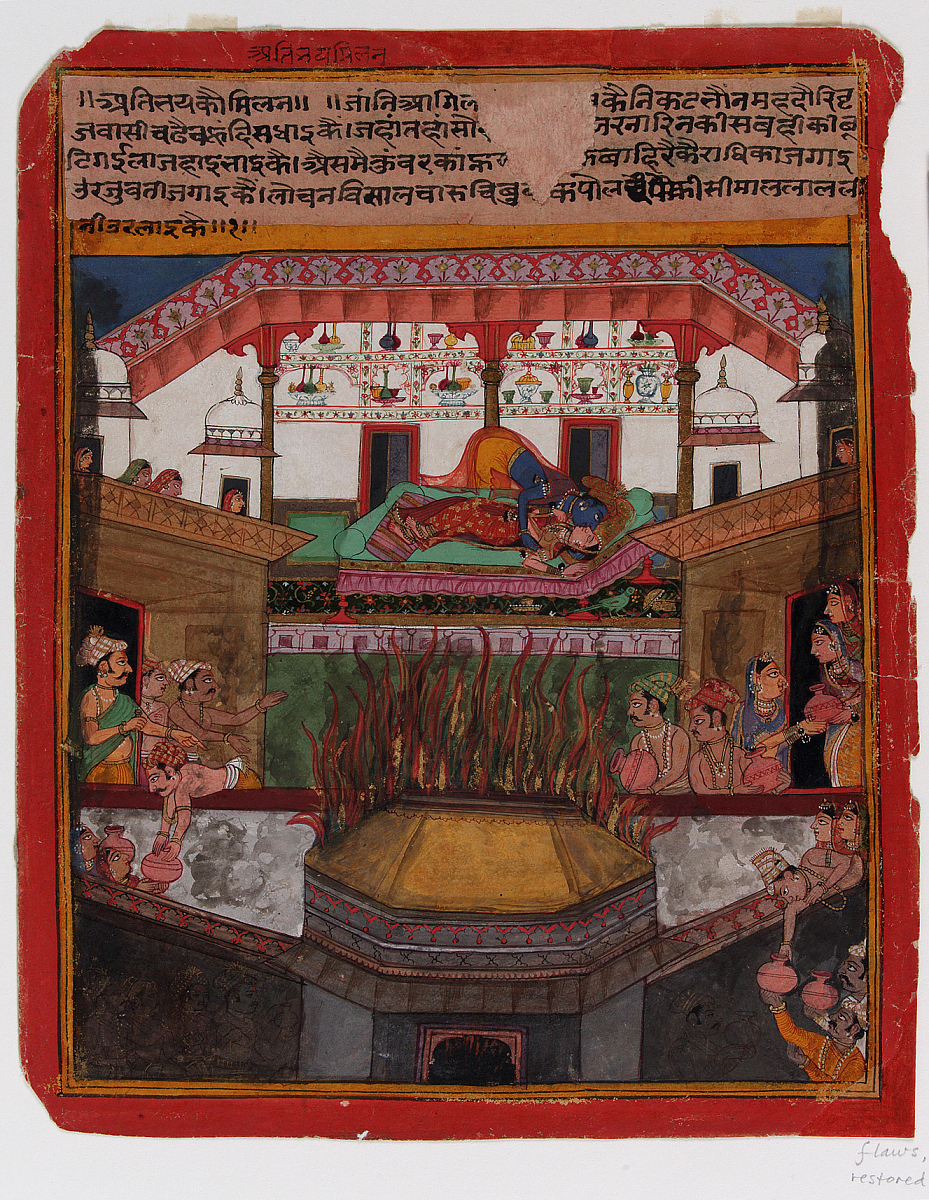 [3] See note 1. Also, Curatorial Note 5, Milo C. Beach, November 1998, in the object record indicates that a private collector in California might have owned the object for a period, having purchased it from R.E. Lewis at some point before R.E. Lewis eventually sold the object to the Freer Gallery of Art.

The inscription along the top of the painting is from the fifth chapter of the Rasikapriya, a Hindi text in the genre of riti or courtly love poetry, compiled by Keshav Das who lived between 1555-1617. The text contains extensive taxonomies of heroes and heroines, of lovers meeting and quarrels, and the role of go-between. While the verses generally relate to Rajput courtly life, on occasion poet Keshav Das used god Krishna and his beloved Radha--India's quintessential lovers--to illustrate a love situation.

The scene represents atibhaya milana, or the meeting of lovers at a calamitous moment. Above, deep within a palace complex on fire, the heroine lies asleep on a bed as Krishna embraces her. The flames indicate danger, but also provide a metaphor for the passion of the lovers.  In the outer courtyards and along the palace walls, servants attempt to douse the flames with pots of water. Text describing the scene is at the top. 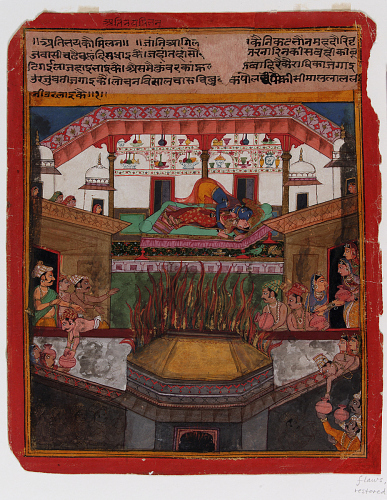