Emperor Aurangzeb in a Shaft of Light with later floral border from The St. Petersburg Album - Smithsonian's National Museum of Asian Art 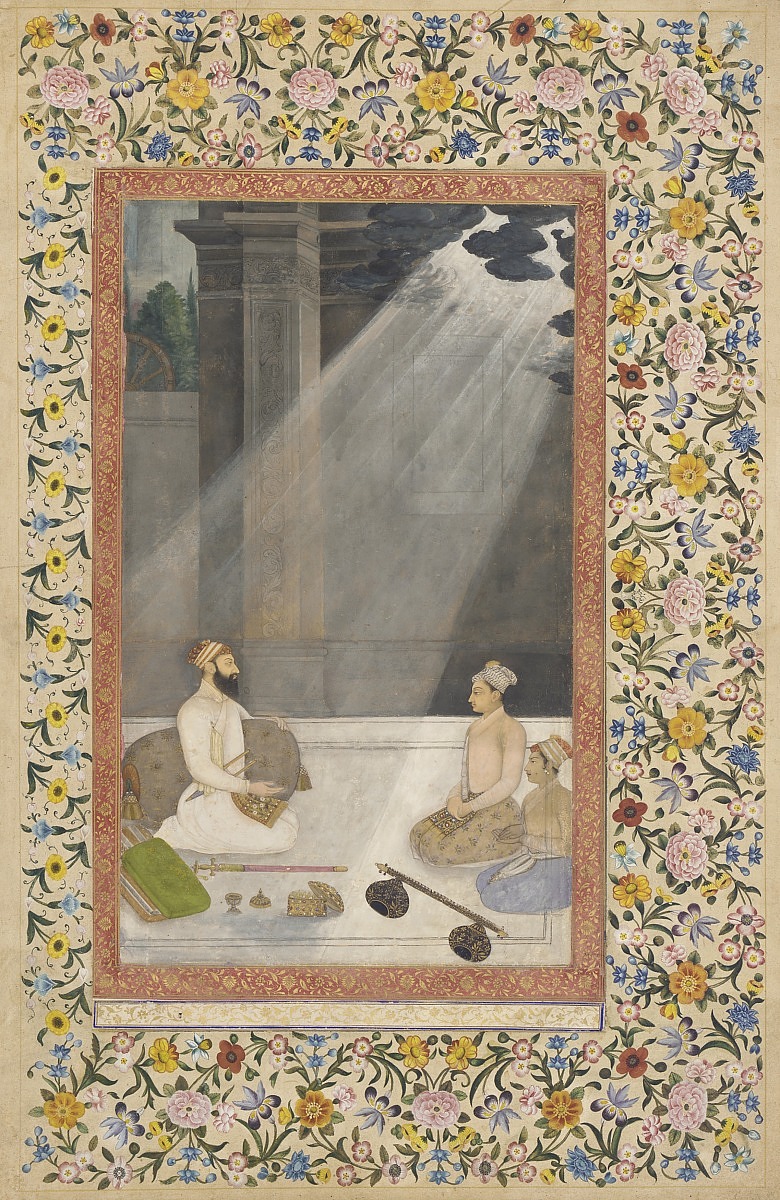 From 1996
Freer Gallery of Art, purchased from Terence McInerney Fine Arts Ltd. in 1996

[1] Indian paintings in the St. Petersburg Album left India in 1739 with the loot taken to Iran by Nadir Shah, following his sack of Delhi. The pages left Tehran in the early 1900s and were dispersed into European collections, including that of Tsar Nicholas II (according to Curatorial Note 4, Milo C. Beach, February 26, 1996, in the object record). See also the object record for F1994.4, Curatorial Note 5, Milo C. Beach, March 4, 1994.

The garden setting may be a reference to Agharabad (later called Shalimar), an imperial garden eight miles northwest of Delhi which contained some fine imperial buildings.  It was in this garden that Aurangzeb declared himself emperor and celebrated his first coronation (21 July 1658). This painting appears to depict the response of heaven to Aurangzeb's declaration. It can be seen as Aurangzeb's apotheosis, and the borrowed elements copied from a European religious print only helped the artist to heighten the otherworldly perspective.

The triumphal symbolism that marked the second imperial coronation is also reflected in the unusual iconography of the present picture. The moon and the light it casts--the only charged element in the painting--are central to its meaning in several ways.  The moon isolates and aggrandizes Aurangzeb, the sole figure upon which it shines. 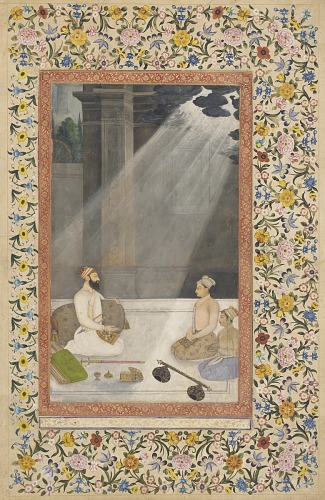