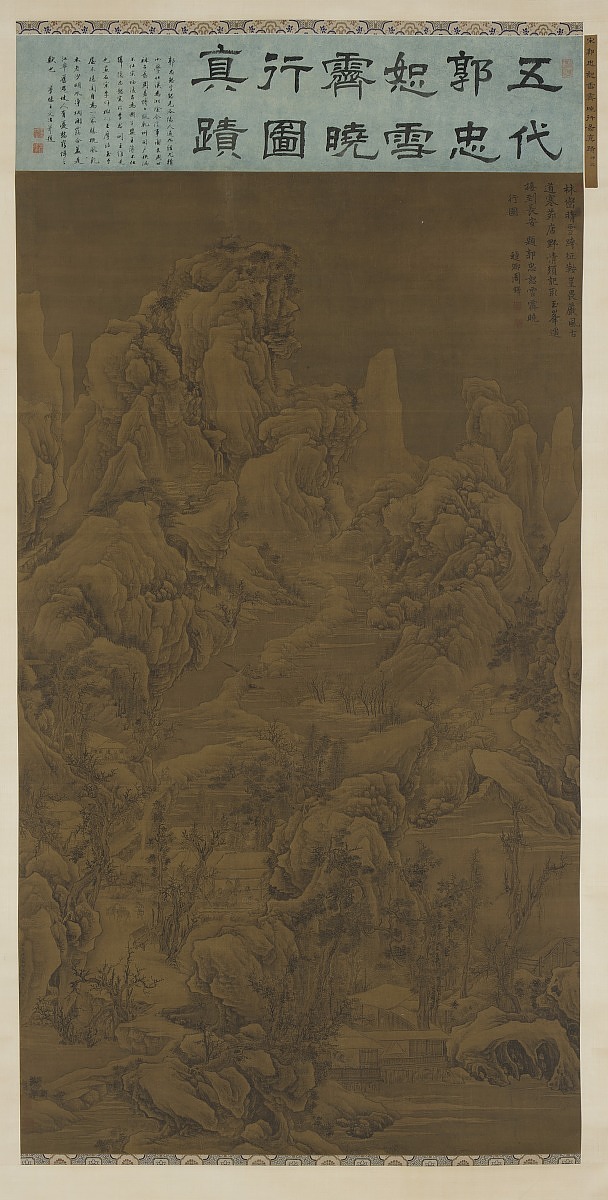 [1] According to the acquisition report, dated June 12, 1992, the painting has been in the United States since at least 1919. Eugene and Agnes E. Meyer started collecting Asian art in 1914 and in the following years they acquired a number of Chinese paintings, primarily from Charles Lang Freer’s dealers in Shanghai.

This large hanging scroll is a masterful reinterpretation of the monumental landscape idiom originally developed during the Northern Song dynasty (960-1127). Judging from its execution, the painting is datable to the early eighteenth century, when such compositions were again in vogue, especially among wealthy collectors in the city of Yangzhou. The artist may have been Zhou Duo, a little-known painter from the city of Nanjing, who inscribed a poem on the painting at upper right. While no other extant works by Zhou have been identified, he evidently practiced during the early to mid-eighteenth century in both his native Nanjing and nearby Yangzhou. His poem reads:

As wooded hilltops clear of snow, I climb astride my saddle,
How shall I fear the frigid winds that chill this ancient road!
I must keep in mind the rustic pleasure of a thatched-roof inn,
For peaks of jade stretch off afar, all the way to Chang'an.

A later hand has added several texts to this work to make it appear to be a genuine painting by the artist Guo Zhongshu (ca. 910-977), including a label strip, forged superscription, and fake artist's signature. 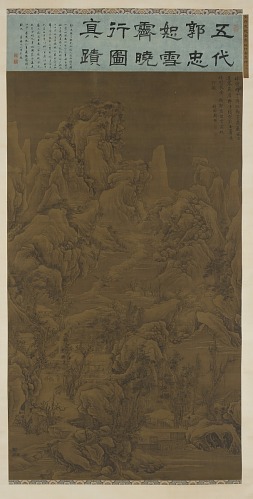