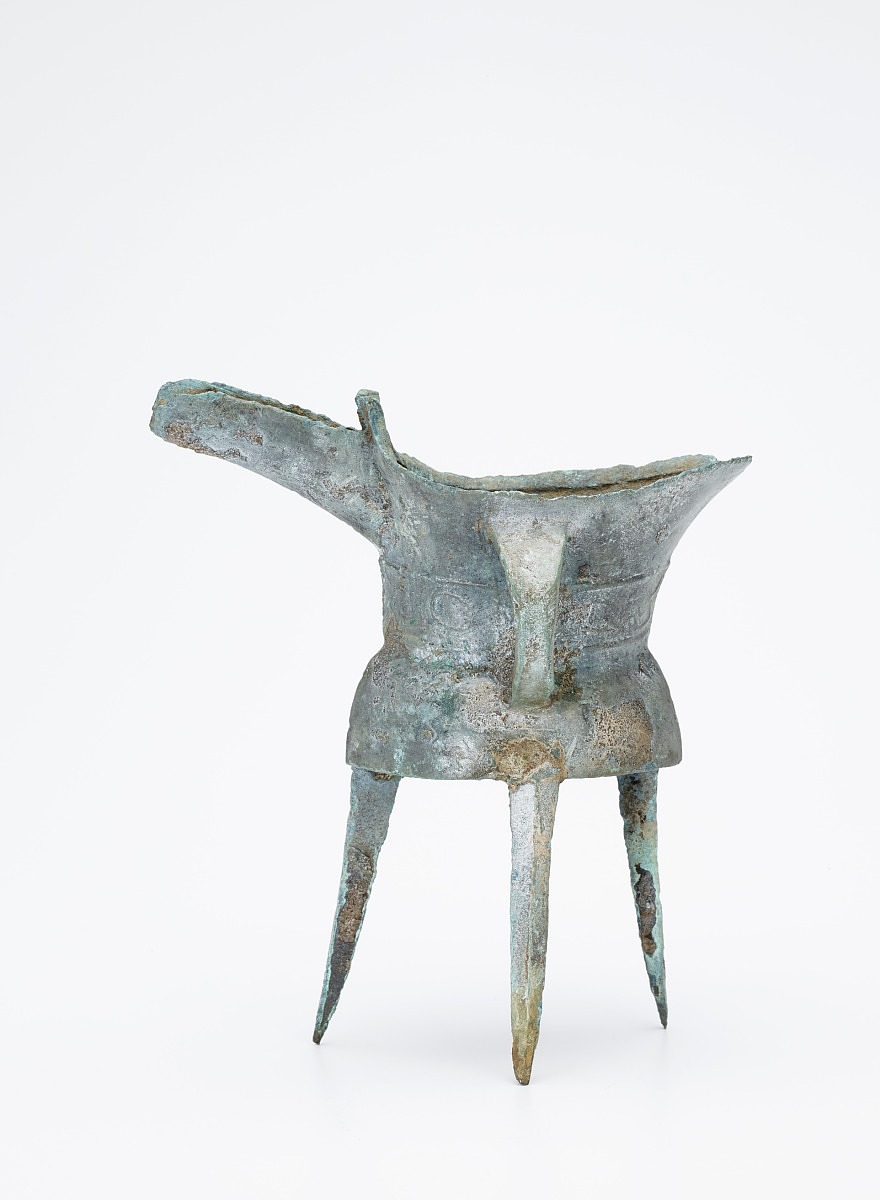 From 1986
Freer Gallery of Art, purchased from Robert Hatfield Ellsworth in 1986 [2]

[1] According to Curatorial Remark 6 in the object record: "The jue was originally in the collection of A.W. Bahr. It passed to his daughter, Edna Bahr. It had been in Billy's possession for many years, since 1921. It was in America until 1959, when Miss Bahr moved back to England. She sold it to Christian Humann in approximately 1963, and it came into the possession of the source when he purchased the Pan Asian Collection."

This jue, with its dramatically extended spout, is one of the most ancient bronzes in the collection.  A pair of raised eyes surrounded by thin lines in relief represents a simple, early form of taotie. 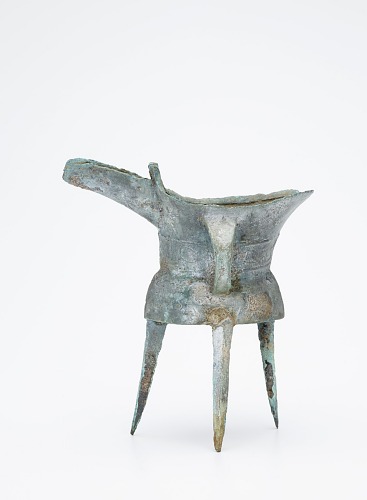