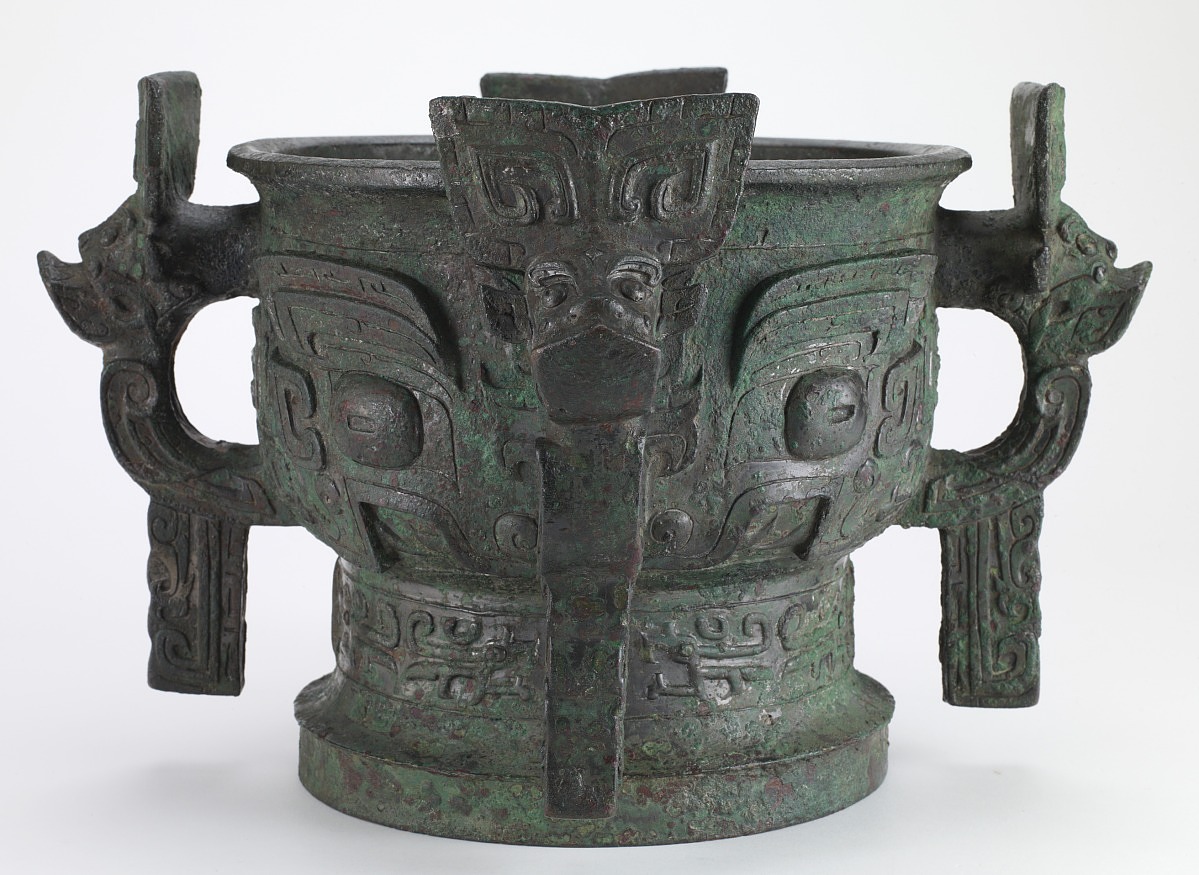 [8] Eugene Meyer, Agnes E. Meyer, and Charles Lang Freer negotiated with Marcel Bing to arrange a joint purchase of Bing's collection of 11 Chinese bronzes and 1 jade. See correspondence cited in note 2. The Meyers and Freer decided to divide the collection - Meyers acquiring 5 bronzes (including this object) and Freer acquiring 6 bronzes in addition to the jade -- and the price, calculating each party's payment was based on the appraisal values assigned to each piece. The Meyers ultimately sent the entire payment to C. T. Loo, Lai Yuan & Company (sometimes spelled Lai-Yuan), who in turn wired money to Bing. Lai Yuan & Company received a consigners fee from Bing. Meyers made the payment in early December 1915, with Freer paying the Meyers for the objects destined for his collection on December 14, 1915. All the objects included in this large sale, which were originally divided between the Meyers and Freer, are now in the museum's collection ( F1915.102; F1915.03a-b; F1915.104; F1915.105; F1915.106a-f; F1915.107; F1915.108; F1961.30a-b; F1961.32a-b; F1968.28; F1968.29). For a full explanation of the joint endeavor between the Meyers and Freer, see: Dorota Chudzicka, "'In Love at First Sight Completely, Hopelessly, and Forever with Chinese Art': The Eugene and Agnes Meyer Collection of Chinese Art at the Freer Gallery of Art" in Collections Vol. 10, No. 3 (Summer 2004), 334-335 and Thomas Lawton and Linda Merrill, Freer: A Legacy of Art (Washington DC: Freer Gallery, Smithsonian Institution, 1993), pp. 220-221, 223, 226.

[9] Eugene Meyer died in Washington D.C. on July 17, 1959. Upon his death, his wife, Agnes E. Meyer inherited the entirety of the couple's collection.

Richly decorated bronze containers were used in ritual banquets to honor ancestors. This gui, cast with an inscription acknowledging the Taibao’s role in suppressing a rebellion that threatened the very existence of the royal house, would have been a family treasure for generations.

Based on events chronicled in the inscription inside the container, this is one of the earliest dateable bronzes from the Zhou dynasty:

"The king attacked Luzi Sheng and suppressed his rebellion. The king sent down the campaign command to the Taibao who was respectful and free of error. The king immortalized the Taibao, granting him lands at Song. [The Taibao] uses this vessel to respond to the command." 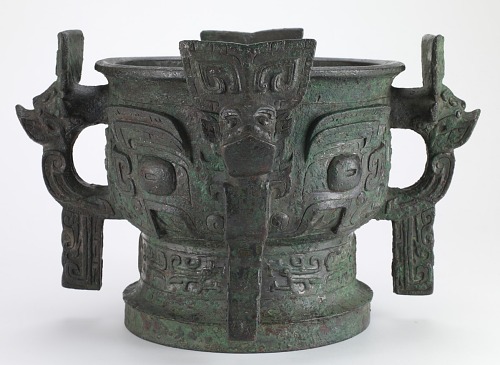