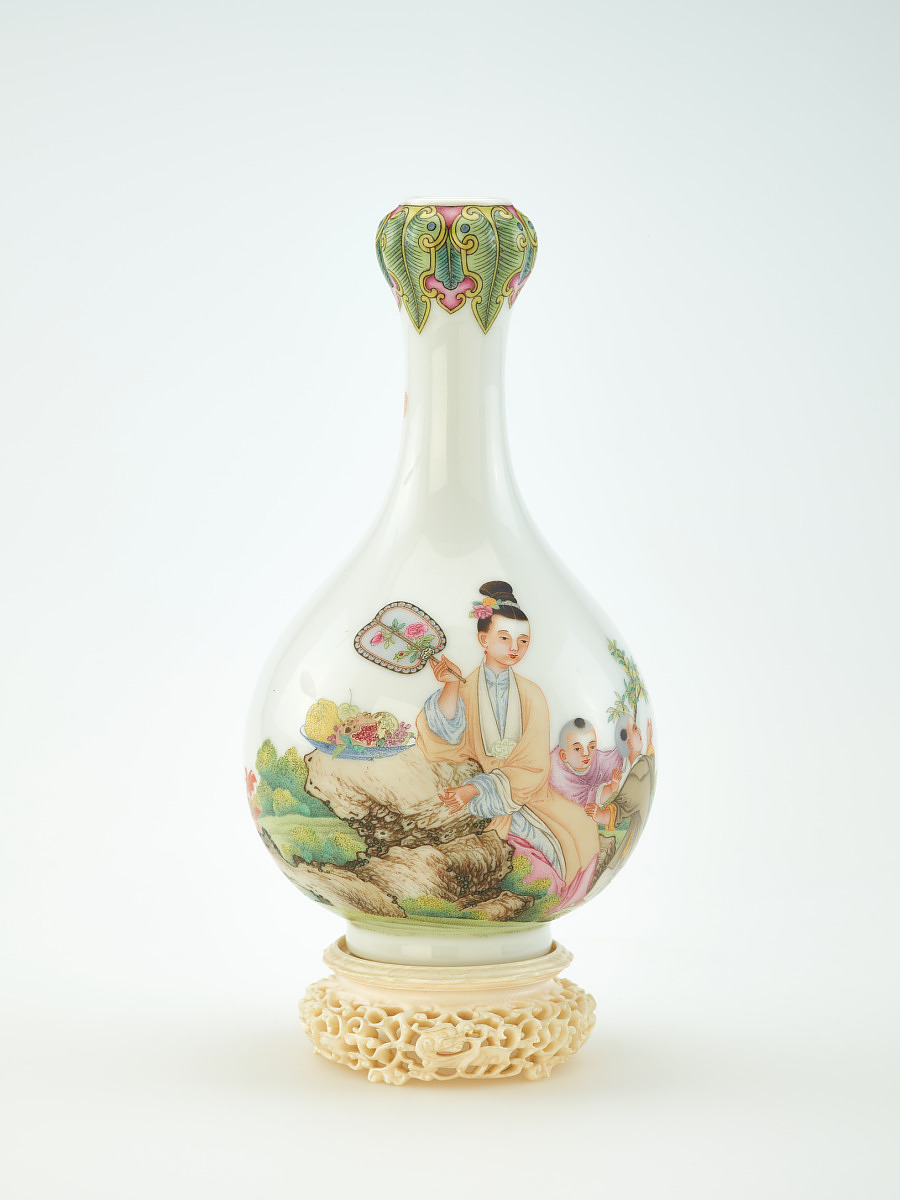 [3] The vase was published in a brochure inventorying the selected objects from Yamanaka & Company's collection in 1943, see Collection of Chinese and Other Far Eastern Art Assembled by Yamanaka & Company, Inc. (New York, 1943), no. 1203 (ill. in color on the frontispiece). The objects in the brochure were offered for sale as a part of the process of the firm's liquidation by the office of Alien Property Custodian. Since the vase was not included in a series of public sales of the Yamanaka & Company's stock which took place in May and June 1944, it must have been sold between 1943 and 1944.

[5] See C. T. Loo's stockcard cited in note 4. According to information on an archival vault card, Registrar Office, Loo left the object for examination at the Freer Gallery on November 30, 1949. On October 9, 1950, the dealer took the vase back and brought it again to the Freer Gallery on May 8, 1952.

Four-character Qianlong mark in gray enamel on base.

The painting on the vase is symbolic of the wish to bear high-ranking sons.  Pomegranates in the dish beside the woman signify fertility, and the osmanthus branch held by one of her sons portends his future success.  The Chinese word for osmanthus (gui) is a homophone for the word meaning noble. Also because osmanthus trees bloom during the season of the imperial examinations (the eighth lunar month), they symbolize literary success and official position.  The poem on the vase is a conventional verse about the transience of nature - "when blossoms are at their fullest,then  autumn naturally has come" (in Chinese tradition auturmn begins in the eighth lunar month); the poem  serves as an opportunity to include calligraphy on the vase, so together we have the Three Perfections (painting, poetry and calligraphy) on this one porcelain vessel. 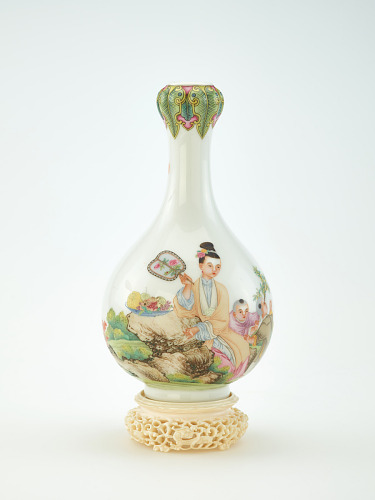