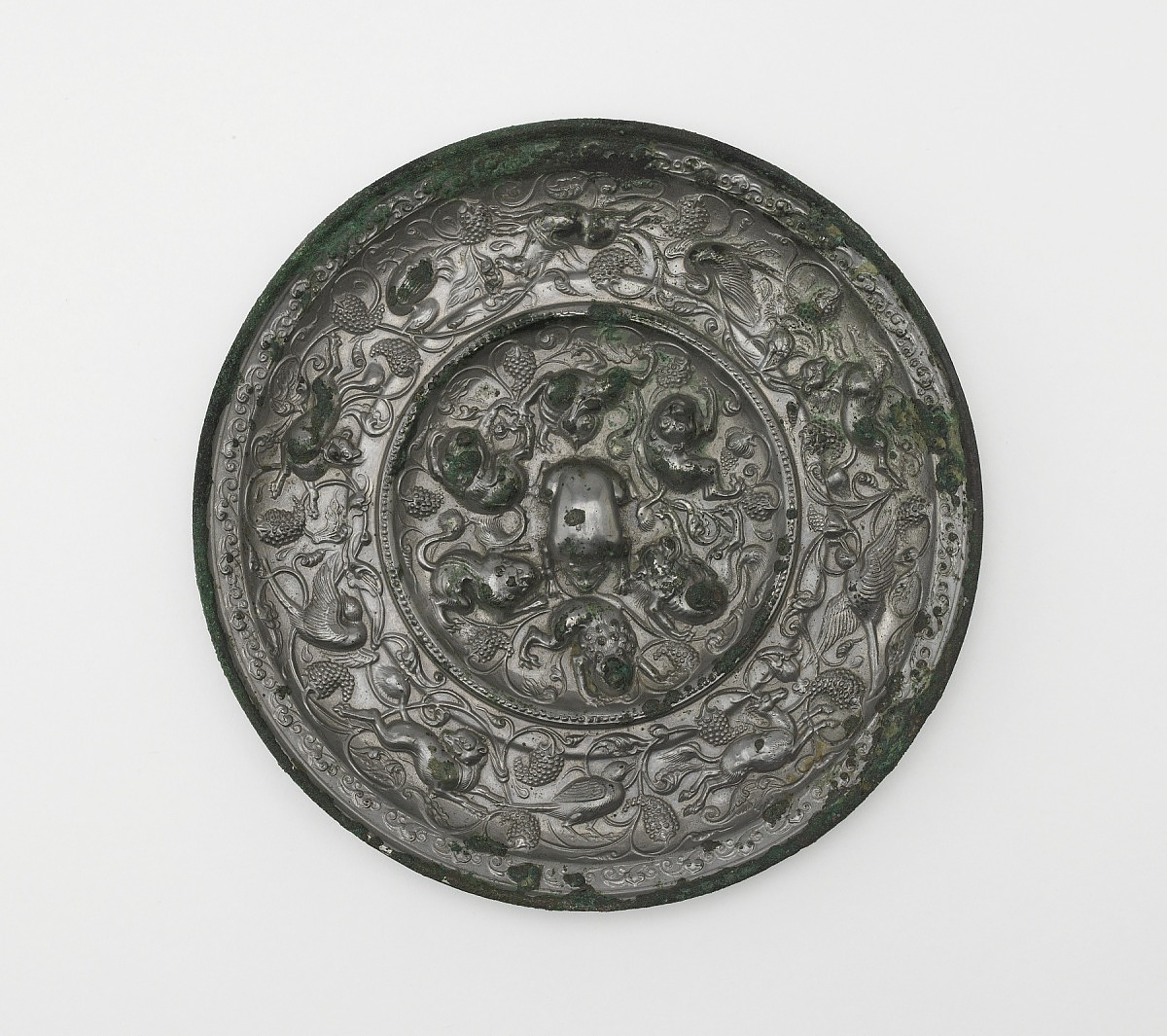 [3] See Tonying & Company’s invoice, dated February 7, 1944, in which the mirror figures under no. B. 34: “Bronze Mirror, circular in form, ‘Grape and Sea-Horse’ design, fine patina / Tang” copy in object file. The acquisition was approved by C. G. Abbot, the Secretary of the Smithsonian Institution, on February 4, 1944, see “List of Objects Contemplated for Purchase by the Freer Gallery of Art,” copy in object file.

The design of lions and grapevines in the main decorative zone of this mirror shows the influence of styles and exotic imports which came to China from the west by the silk route.  The heavy proportions, high relief, and silvery color are typical features of T'ang mirrors. 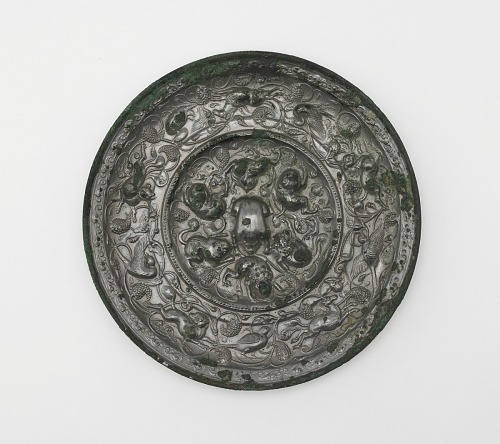