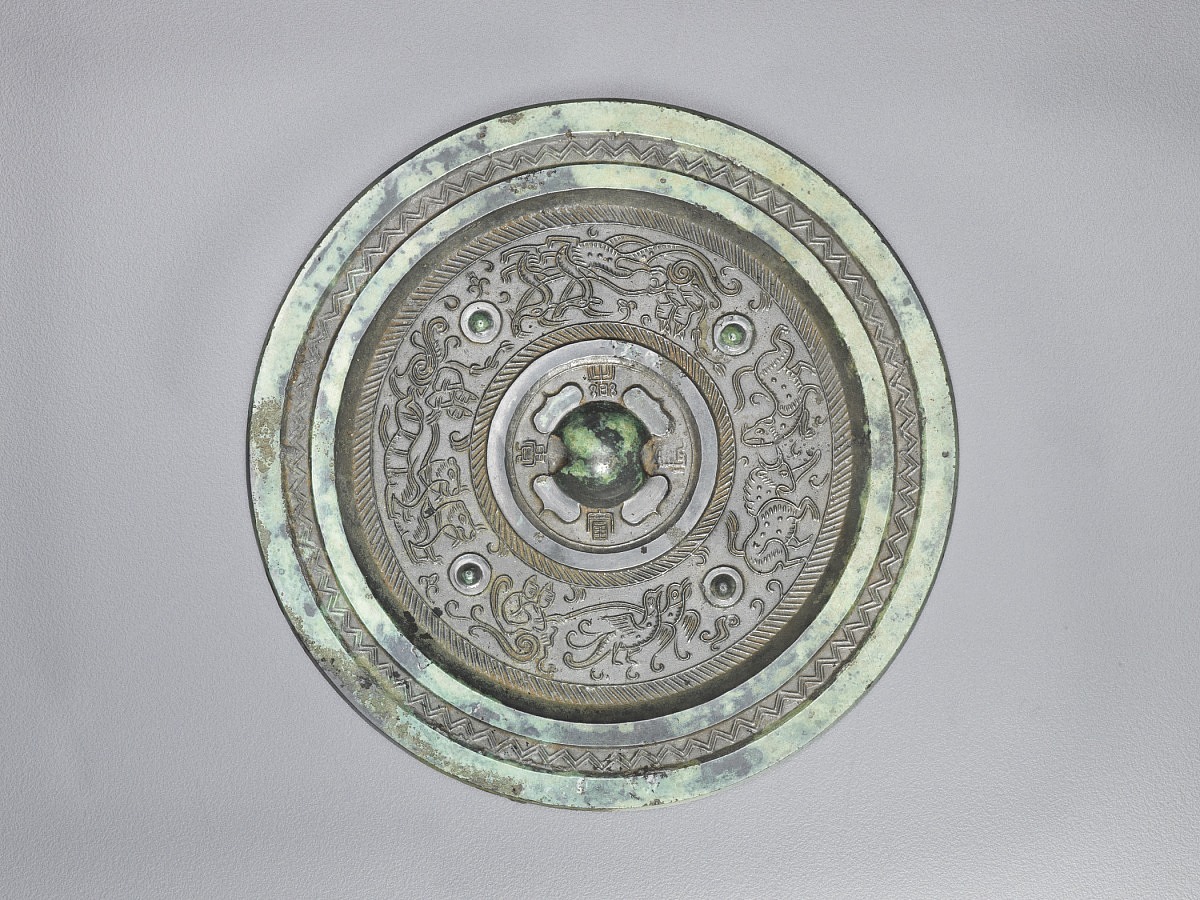 [1] According to information provided by Tonying & Company, see Tonying and Company’s invoice, dated February 7, 1944, in which the mirror figures under no. B. 30: “Cricular Bronze Mirror, Bird and animal design, gray and turquoise-green patina / Han,” copy in object file. 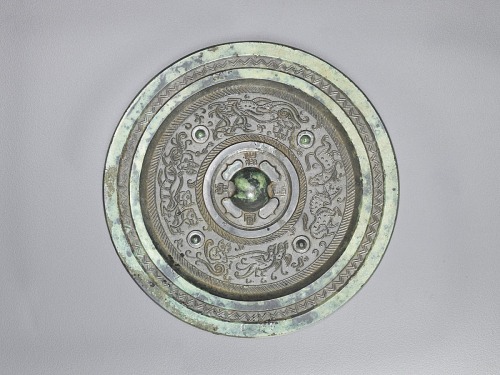