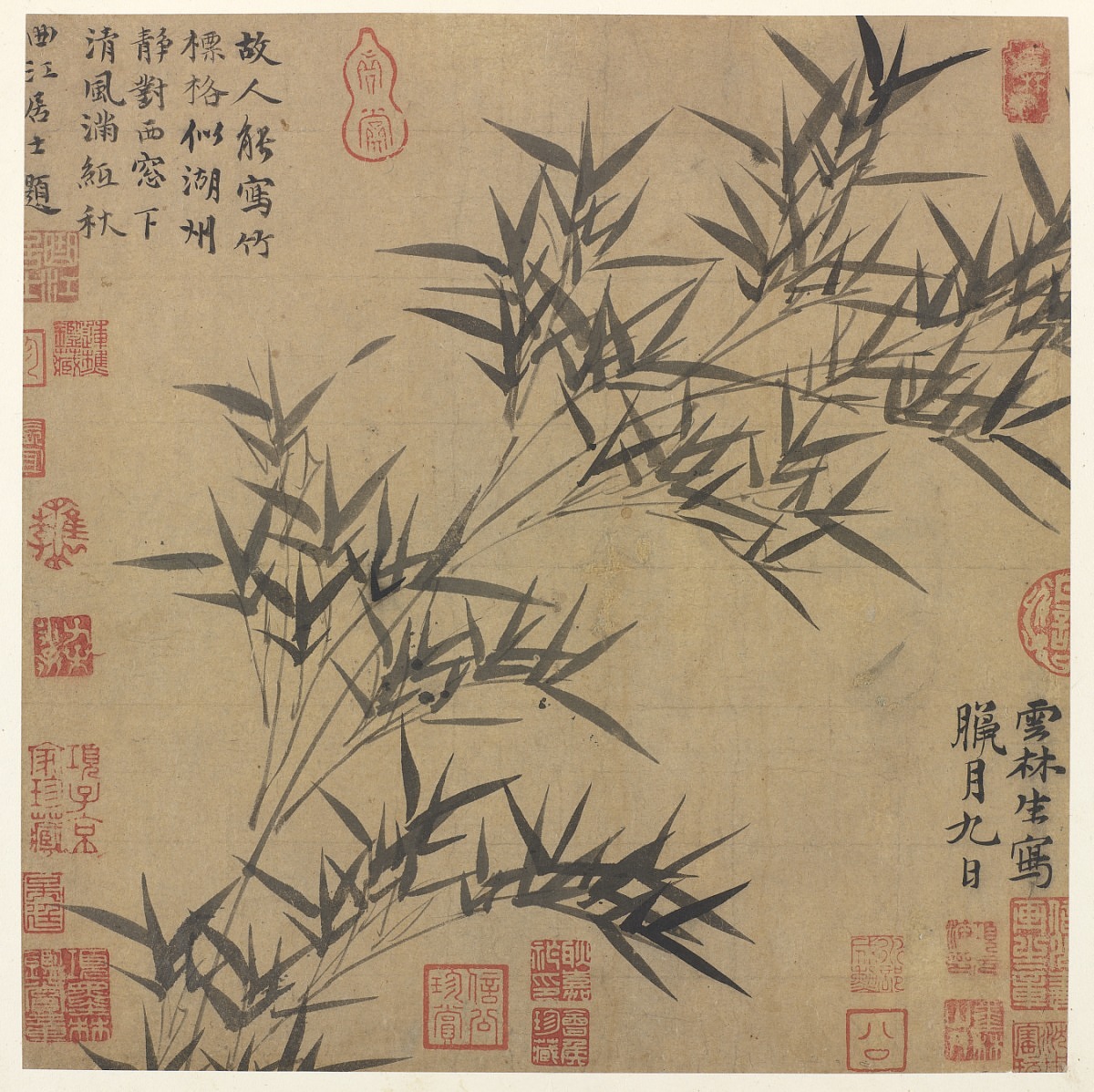 Ni Zan was one of the most influential artists of the Yuan dynasty (1279-1368). Known primarily for his landscapes, he was also an important painter of bamboo. This album leaf, signed by the artist at lower right, is a typical example of Ni's quick, spare style and illustrates the compositional structure he often favored for this subject: one or two branches silhouetted against a plain background. Ni Zan probably painted this leaf toward the end of his life, during the early years of the Ming dynasty (1368-1644), when his eyesight was failing and the crisp brushwork of his youth had begun to diminish. A few years later, the poet Qian Weishan (active 1341-ca. 1379) added a few brief lines at upper left to honor his then-deceased friend:

My old friend knew how to sketch bamboo,
And patterned his approach upon Wen Tong.
Calmly he looked out the western window,
And the cool wind filled his page with fall. 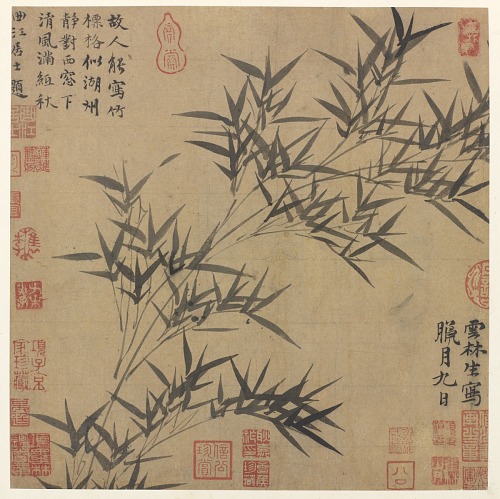 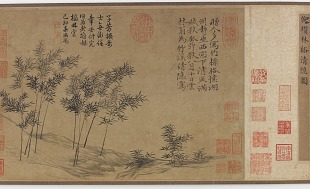 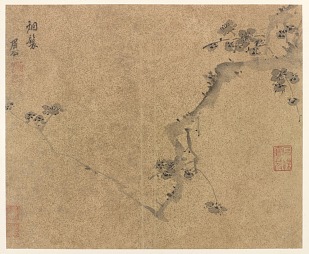 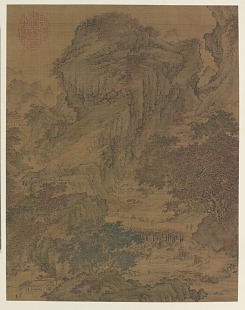 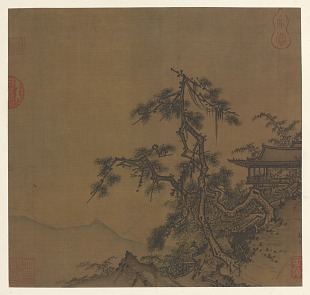 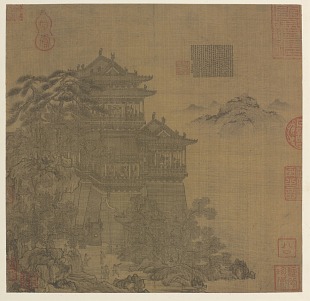 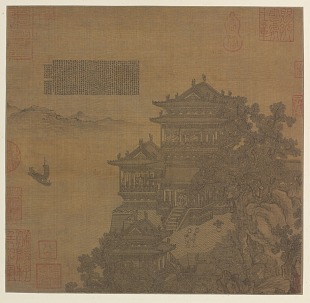 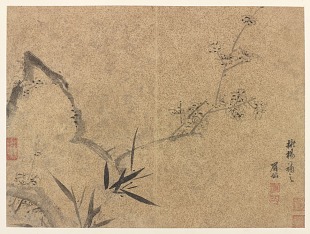 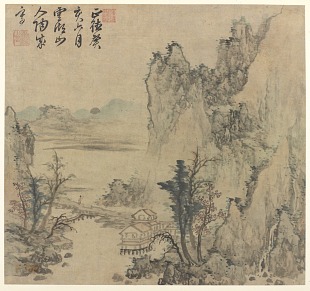 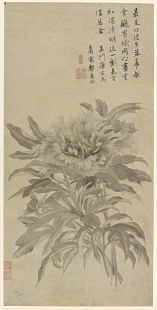 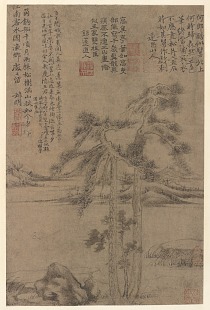 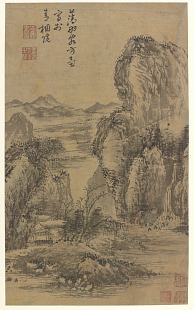 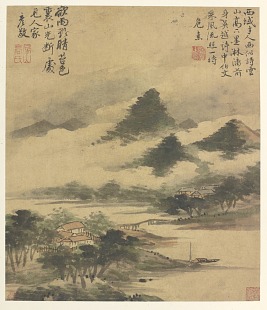