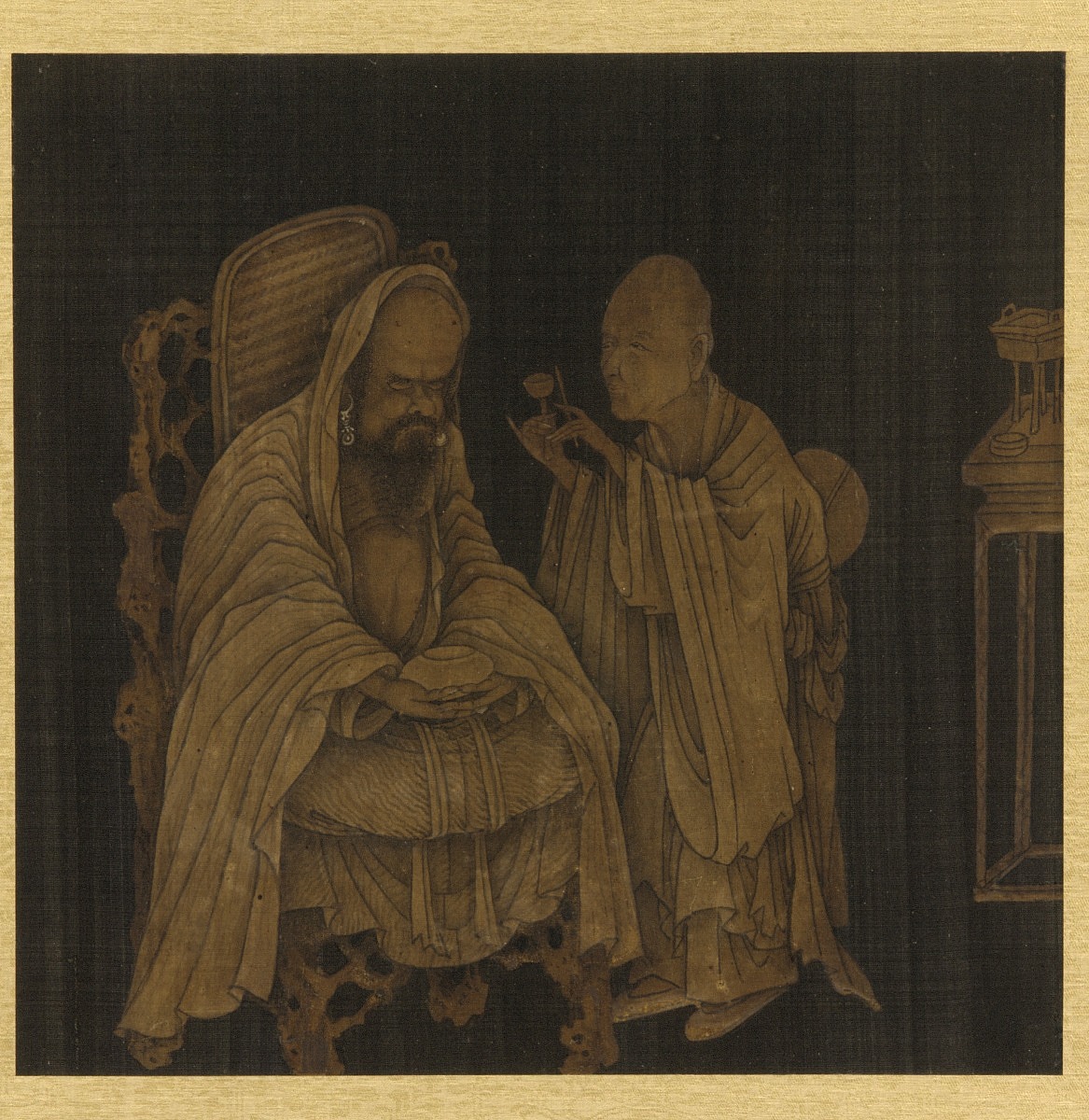 [1] According to Curatorial Remark 3, Charles Lang Freer, in the object record: "The eight panels nos. S.I. 102 to 109, both inclusive, of Lohans were found by Mr. Edgar Worth in Peking during 1913. At that time the pictures were bound in an album along with eight sheets of Buddhistic manuscript writing. Mr. Worth took the album to Paris, and later sold it to Mr. Bourgeois, of the Bourgeois Gallery, New York. The eight paintings contained in the album, while in the possession of the Bourgeois Gallery, were removed from the album and framed separately. During the spring of 1914, I purchased the paintings, manuscripts, and album-cover from the Bourgeois Gallery, New York." This object exhibits seals, colophons, or inscriptions that could provide additional information regarding the object’s history; see Curatorial Remarks in the object record for further details. 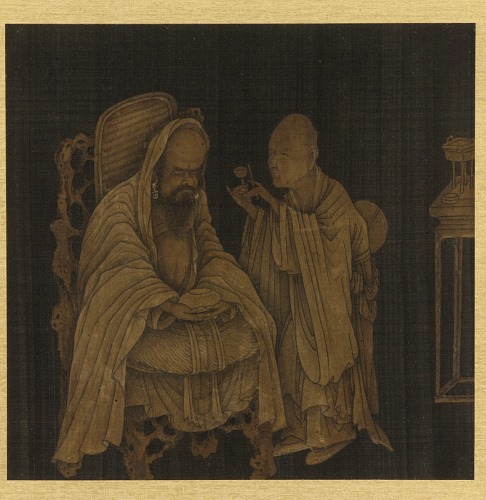 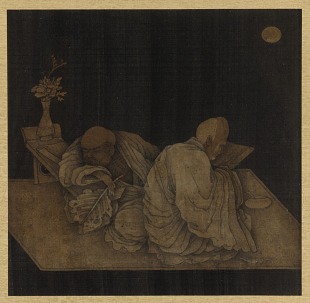 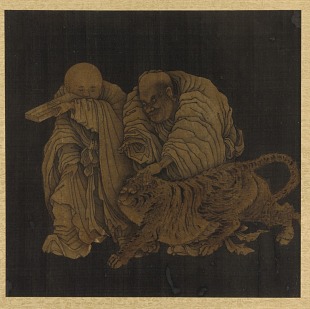 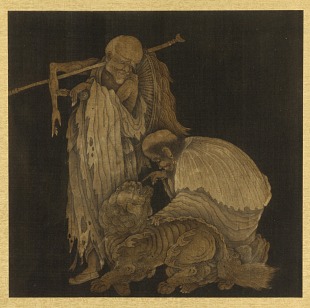 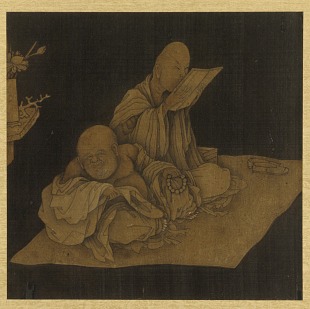 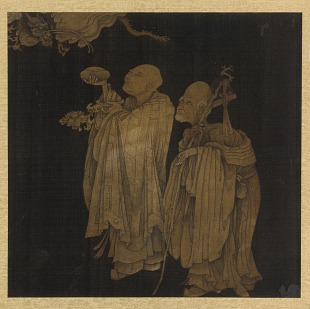 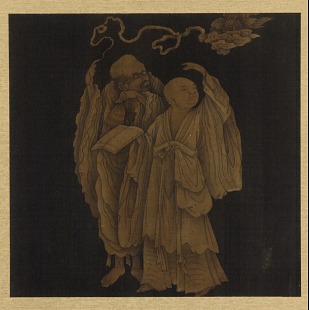 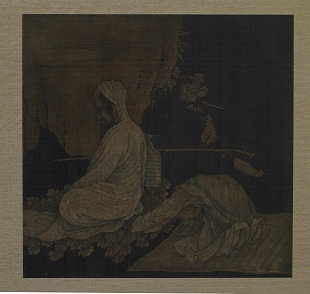