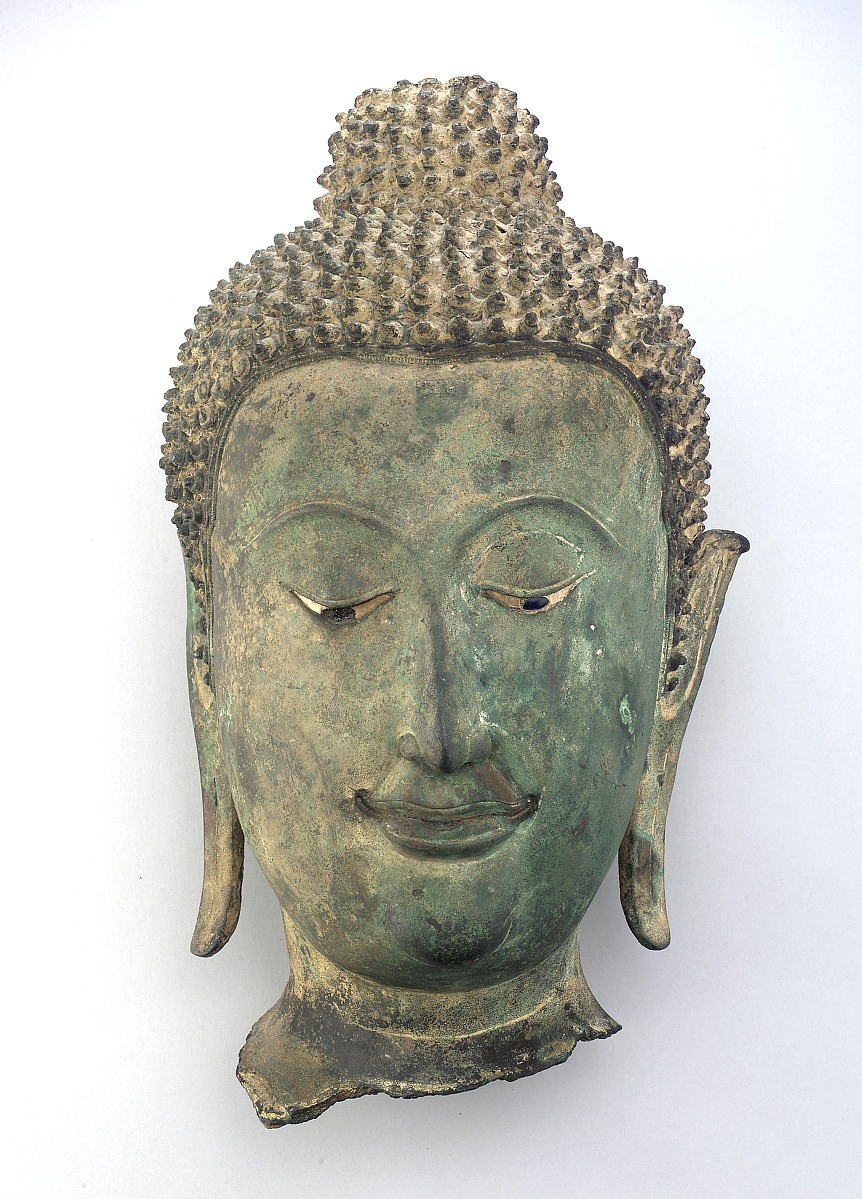 Medium
Bronze with glass and mother-of-pearl

In 1909, Charles Lang Freer purchased this and three other bronze heads of the Buddha from the American Art Galleries in New York City (F1909.48-51). Remarkably different in style, the heads reveal the range of artistic possibilities within the strictures of a single iconographic form. This Buddha's face is attentive and engaged, the eyes with delineated pupils and high arched brows. Typical of the Ayyuthaya period (14th--15th century), the shape of the face is a smooth oval, with tight, pronounced curls across the head and the ushnisha. A jade-green patina enhances the full surface. Thailand's Buddhist art is remarkable for the way the image of the Buddha transforms subtly across centuries of casting in bronze. 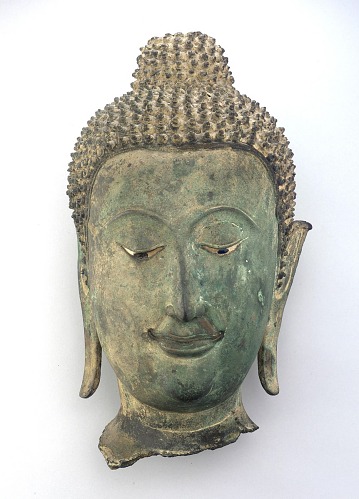