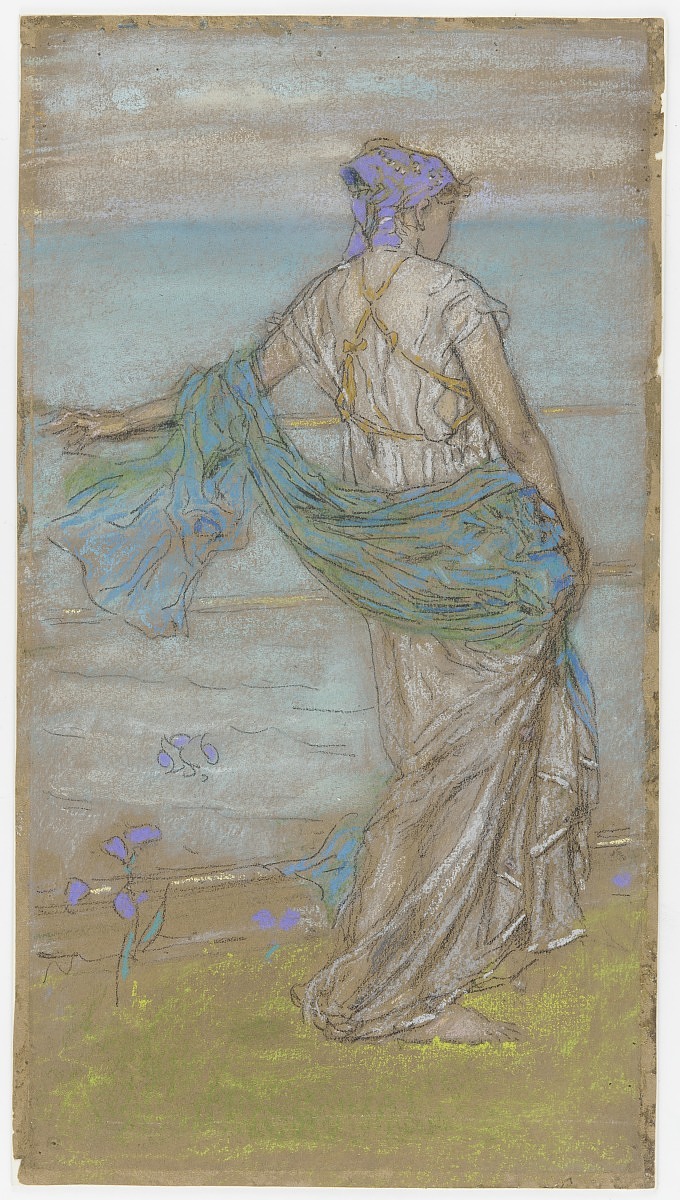 [1] See Original Whistler List, Paintings, pg. 31, Freer Gallery of Art and Arthur M. Sackler Gallery Archives. Thomas Way Sr. and his son, Thomas Robert Way, were lithographers who worked closely with Whistler on several of his projects. They helped with the printing of his etchings, as well as the printing of Whistler’s promotional materials. Both Thomas Way Sr. and Thomas Robert Way owned many Whistler works. Thomas Way Sr. acquired several of these works at the time of Whistler’s bankruptcy, and he passed some of them on to his son (see The Correspondence of James McNeill Whistler, 1855-1903, ed. Margaret F. MacDonald, Patricia de Montfort and Nigel Thorp, On-line Edition, People, biographies of Thomas Way and Thomas Robert Way; http://www.whistler.arts.gla.ac.uk/correspondence).

When Freer purchased this drawing of a statuesque figure, he noted that the seller thought the subject was Niobe. The drawing has carried the title Annabel Lee since 1905. Both subjects are associated with the sense of death. Niobe was the daughter of Tantalus; she was turned to stone while bewailing the loss of her children.  Annabel Lee, who probably symbolized Edgar Allan Poe's young wife, also is lost:

The figure itself has marked affinities with the neoclassical works of Albert Moore. Like Degas's ballet dancers, Whistler's draped models continue to reappear, slightly varied and invested with new meaning. This figure has been generated from the woman in Variation in Blue and Green (F1903.178) and follows a similar color scheme. A shimmering inverted rainbow of blue and green gauze hangs behind the figure, separating the viewer from the space she occupies. Whistler's butterfly and a single violet iris balance the composition. With her head cast down and her back turned to us, the figure is as inaccessible and melancholy as she is beautiful. Whether the subject is Niobe or Annabel Lee is probably less important than our recognition of the painter's poetry: "The amazing invention that shall have put form and colour into such perfect harmony, that exquisiteness is the result." 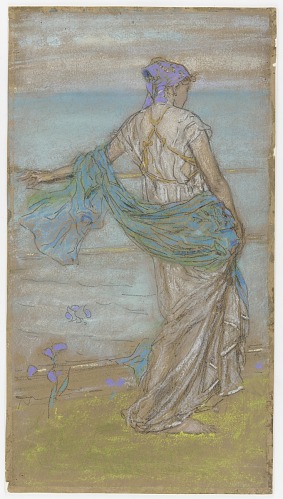