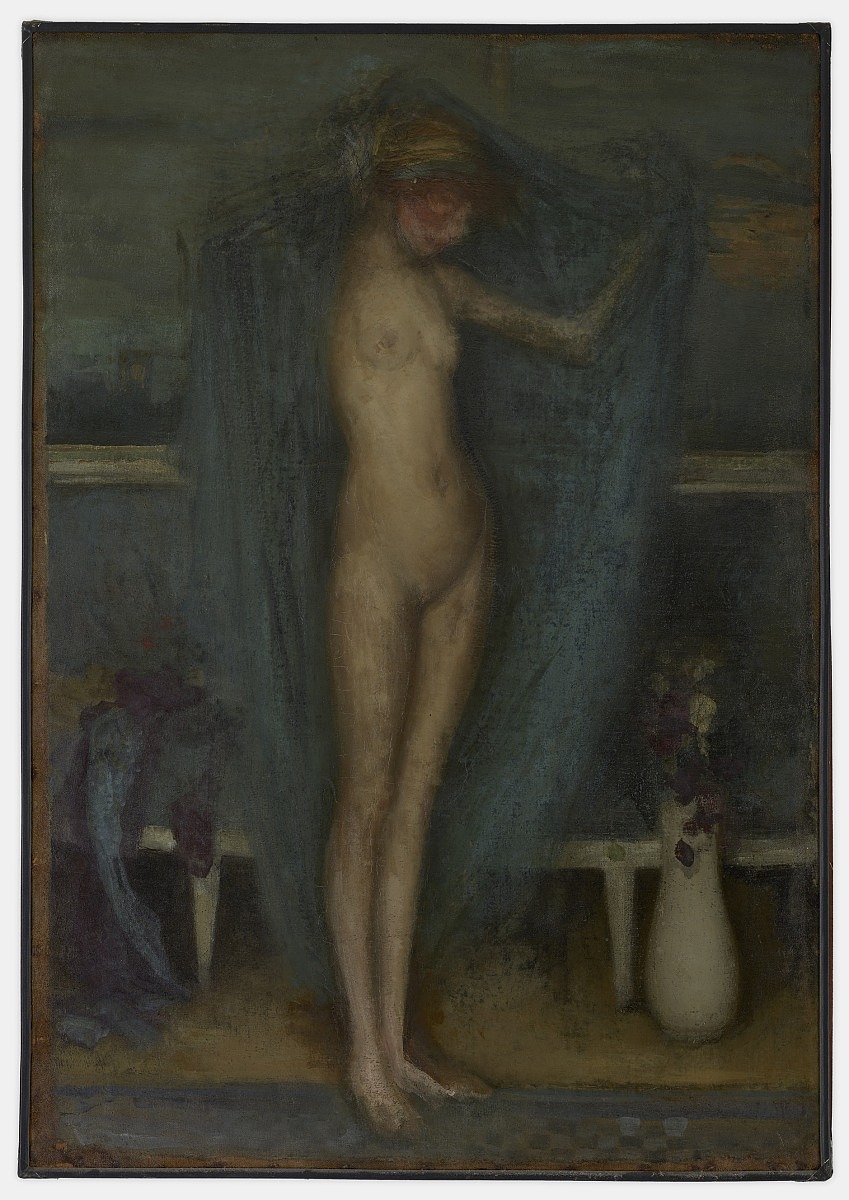 [1] See Original Whistler List, Paintings, pg. 1, Freer Gallery of Art and Arthur M. Sackler Gallery Archives. According to Curatorial Remark 3, GD Guest, 1945, in the object record: "In reviewing the matter of the purchase of the painting [F1903.89], it transpires that a voucher covering its purchase was not included amongst the files sent from Detroit to Washington in 1920. But a search of the Whistler Letters reveals the fact that the oil painting, Harmony in Blue and Gold: The Little Blue Girl, as the artist just called it, was actually bought and paid for in 1894. A signed note from Mr. Whistler, dated 28 November 1894, acknowledges the receipt of a cheque to cover its cost and that of three drawings in pastel and water color (see Whistler Letters, no. 37). The painting, however, remained in Mr. Whistler's possession until his death, and Mr. Freer finally received it in August 1903. It is this date, and not the date of the cheque, which accounts for the entry in the original Purchase List and for the registration number, F1903.89, subsequently given to it...the frame designed for the painting was worked upon at some time between the date of actual purchase, 1894, and the date of the acquirement, 1903." See also, Curatorial Remark 4, David Park Curry, 1984, in the object record, as well as the Label Text Notes in the object record.

Charles Lang Freer commissioned this painting in 1894, which Whistler described as “a figure to, in a way, hint at ‘Spring.’” He continued to work on it through 1896 as his wife, Beatrice, lay dying of cancer. Whistler confided to his patron that the act of painting helped ease his grief. The multiple layers of paint around the model’s face suggest an almost obsessive reworking of the surface. “I write to you many letters on your canvas,” Whistler explained to Freer. 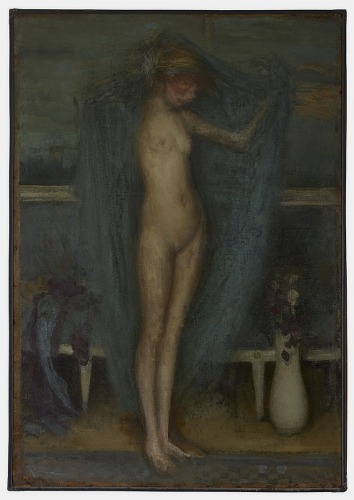 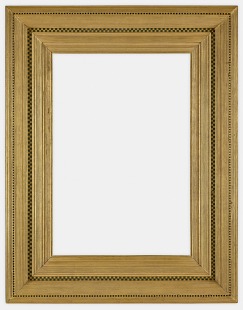