Correspondence from President Theodore Roosevelt to Charles Lang Freer, Freer and Sackler Archives. The letter that came in this envelope can be accessed here: FSA_A.01_02.1RooseveltT02.

On this day in 1906, Charles Lang Freer and the Smithsonian Institution agreed to the donation of his art collection and funds for the building of a museum to house it. Signing this deed of gift culminated a long series of conversations between Charles Lang Freer, the Smithsonian, and the President of the United States and began the story of the Freer Gallery of Art we know and love today.

“It is impossible to speak in too high terms of the munificence shown by Mr. Freer in this offer; and it is one which the Government of the United States should at once close with as a matter of course. Mr. Freer’s collection is literally priceless” — President Theodore Roosevelt

On January 3, 1905, Freer wrote to the Smithsonian Institution with his unprecedented offer. While the Smithsonian always had a strong focus on natural history, in 1905 its interest in art was much more tenuous. President Theodore Roosevelt, an enthusiastic supporter of the Smithsonian and a personal friend of Freer, felt strongly that Freer’s collection of art would benefit the nation. Roosevelt was so closely involved in the creation of the Freer Gallery of Art that he personally conveyed the final offer from Freer to the Smithsonian’s Board of Regents and compelled them to accept. Happily, the Regents did, and just a few months later on May 5, 1906, the deed of gift was signed.

The terms of the gift determined that Freer would retain custody of the collection during his lifetime. For thirteen more years, Freer continued to add and improve the collection. The inventory that accompanied the 1906 agreement listed 2,250 objects in his collection, but by the time of Freer’s death in 1919, his collection had approximately tripled.

Freer spent much of his time and effort fulfilling his vision for the museum’s collection. He also enlisted his fellow collectors and confidants Katharine N. Rhoades, Agnes and Eugene Meyer Jr., and Mrs. H. O. (Louisine) Havemeyer to assist the new gallery in evaluating new purchases for the collection after his death. Freer put special trust in the opinion of Katharine N. Rhoades, an artist in her own right and a fellow admirer of Asian art.

Just sixteen days before his death, Freer wrote to Smithsonian Secretary Charles Walcott that Ms. Rhoades “is perfectly competent to make known the ideals underlying my work, and I would like the Regents and those connected with the oversight of my unit, to feel that they could go to her for advice on such matters of importance as may from time to time arise. . . . Her association with this work seems to me to be the highest importance.” Katharine Rhoades indeed advised the museum director for many years after Freer’s death. She ensured that the vision that Freer made real on May 5, 1906 continued into the future, upholding Freer’s ideals of beauty. 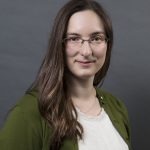 Archivist at the Freer and Sackler