Katsushika Hokusai began his popular series of books Hokusai manga, literally “Hokusai’s doodles,” in 1814 when he left his native Edo for Nagoya in central Japan. The first edition contains collections of sketches sorted by categories, such as people, sea creatures, and trees. Essentially a guide to Hokusai’s style, it encouraged others to paint like him and proved to be so popular that fourteen subsequent volumes were made. Some were produced after Hokusai died in 1849.

The colorful, meticulous studies of people and things captivated audiences near and far. It is no surprise that Charles Lang Freer tried to obtain a set of Hokusai manga as he was busily accumulating what would become the world’s largest collection of Hokusai’s paintings, sketches, and drawings—one of the kernels of the Freer Gallery of Art’s Japanese collection.

Freer acquired his first paintings by Hokusai around 1898, including the iconic Boy Viewing Mount Fuji. As his collection and understanding of Japanese art matured over the years, Freer purchased a set of fourteen Hokusai manga on February 23, 1901.

He bought the set for twelve guineas from the London-based antiquarian James Tregaskis. While the first nine volumes appear to hail from the same source—they all carry the title inscribed in edgy calligraphy on the cover—Tregaskis apparently compiled the remaining volumes from various collections. Volume twelve, for example, had been in the collection of the British painter James Talmage White (1833–1907), whose name is written on the blue-colored binding. Some of the volumes carry Freer’s handwritten note “By Hokusai” on the final page, together with the era when each volume was made.

The fourteen volumes of Hokusai manga that Freer bought in 1901 remain in the Freer and Sackler Library. After Freer’s death in 1919, his Hokusai manga likely came to the museum as part of his personal library.

In 2003, along with thousands of other titles, the museum acquired a full set of Hokusai manga as part of the Gerhard Pulverer Collection of Japanese Illustrated Books. (Freer’s set was missing volume fifteen.) Almost all of the Pulverer volumes of Hokusai manga are pristine and carefully preserved. In contrast, some books in Freer’s set have water damage and were clearly used often, attesting to the widespread popularity of Hokusai manga.

Discover this groundbreaking set of books for yourself by visiting the exhibition Hokusai: Mad about Painting and by accessing the following additional resources: 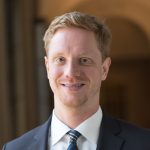 Frank Feltens, PhD is the Japan Foundation Assistant Curator of Japanese Art at the Freer and Sackler.