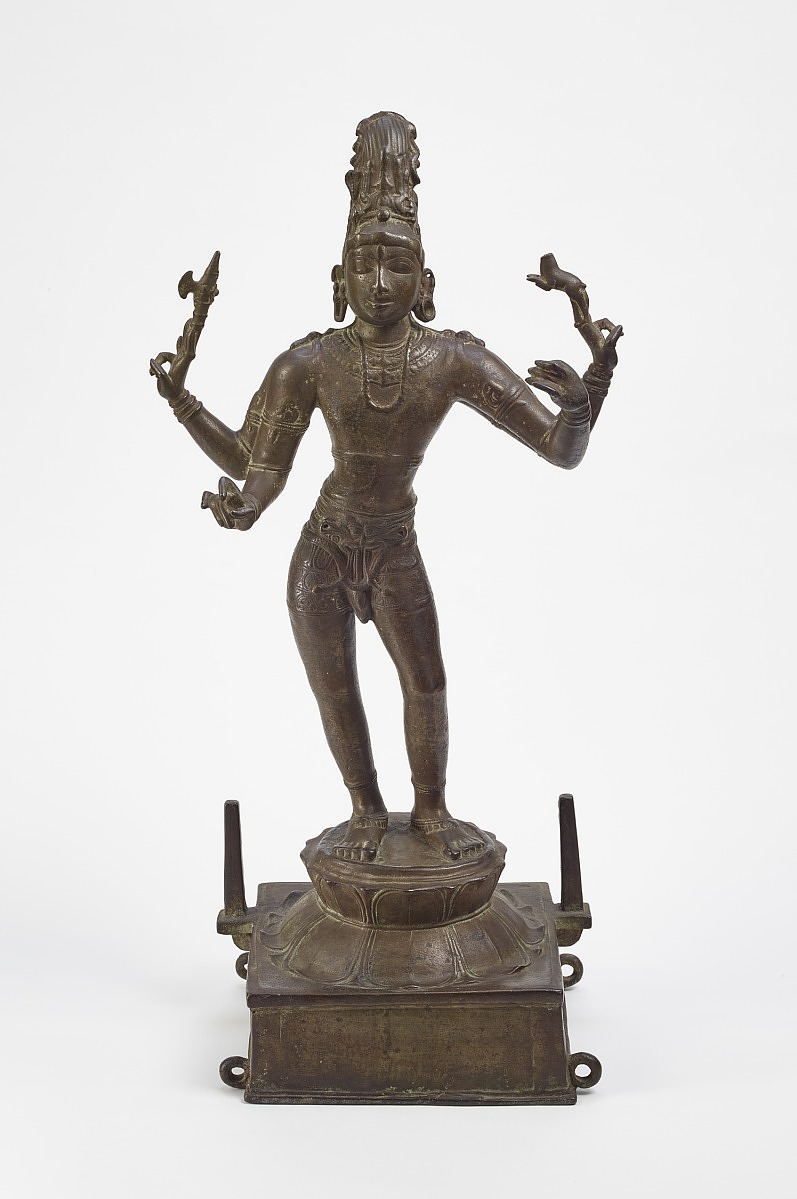 From 1997
Freer Gallery of Art, purchased from Peter Marks Gallery in 1997

[1] The object has been in the United States from at least 1960, when it was exhibited in a show titled "Masterpieces of Asian Art from American Collections" at the Asia House galleries (according to Curatorial Note 4, Vidya Dehejia, July 15, 1997, in the object record). It was published in the accompanying catalog (see photocopies in the object file).

He came
holding the vina,
the smile upon his lips
swept my heart away,
he did not turn back
to look at me,
he spoke
enchantingly,
he came to Valampuram [a temple town--
there he abides.

With these eloquent words, the seventh-century Tamil saint Appar sang of a similar bronze of Shiva, holder of a lutelike instrument known as the vina. Shiva's two front hands are poised to hold the now missing vina, while two rear hands hold the battle-axe and his pet antelope, whose head is unfortunately lost. Half hidden in the matted locks piled on his head are the serpent and the crescent moon. The worn details along the front of the image--the elaborate patterned fabric of his garment, the dhoti, is visible only from behind, for example--speaks of its continued ritual worship down the ages. In this elegant image, the bronze caster has captured the essence of Shiva as master of music.

The art of casting temple bronzes blossomed under the Chola rulers of south India (ca. 850-1287), in part because deities were visualized as assuming active public roles and participating in an assortment of festivities. Because the stone sanctum image was immovable, portable bronze festival images of the deities were produced. The images could be carried on the shoulders of priests and devotees, and thereby be present in numerous festivities that drew vast crowds to the temple. 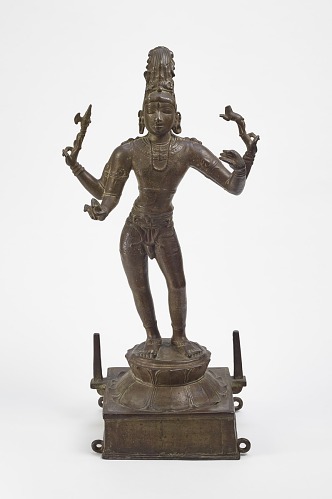