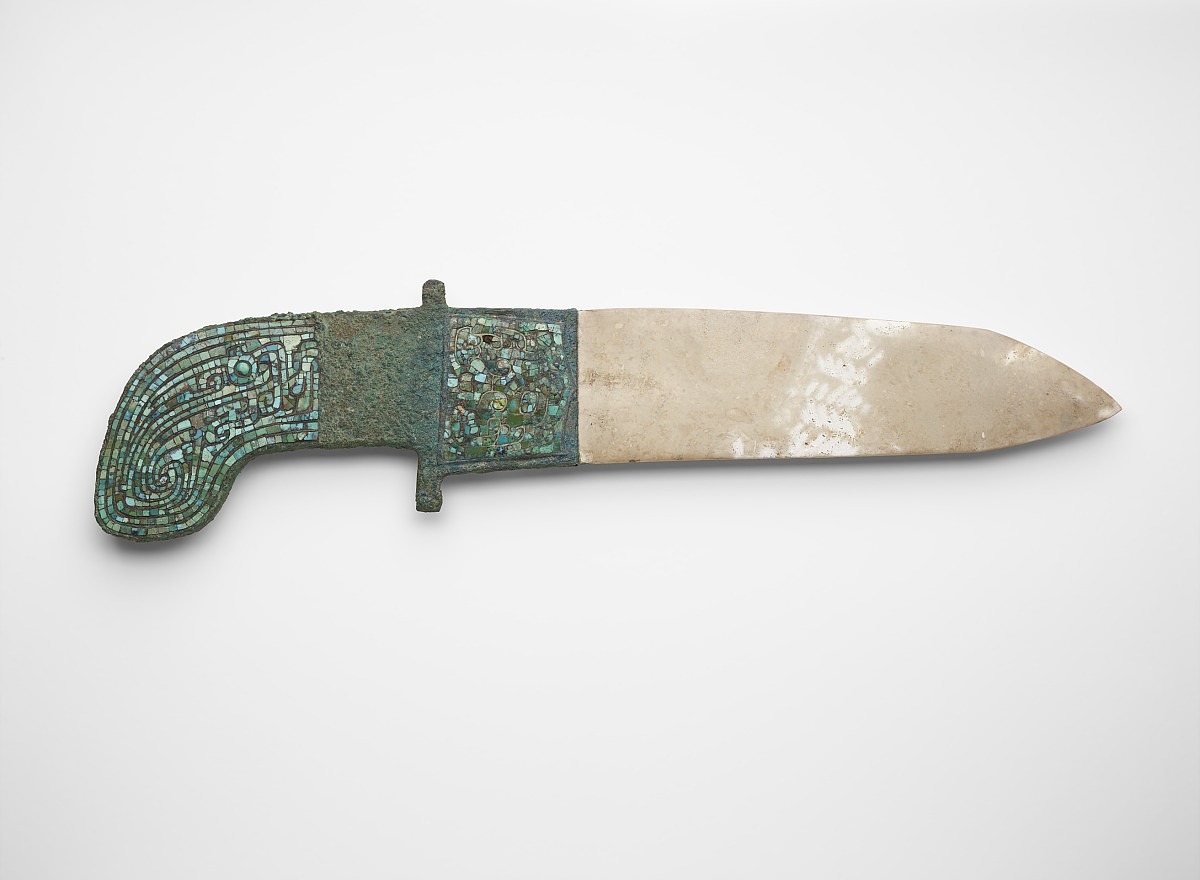 [1] According to John Lodge's curatorial remark, dated 1941, in object file.

[2] See C. T. Loo's stockcard no. 86942: "Jade knife with bronze handle. One large jade KU with plain bronze handle inlayed with turquoise with designs of birds and an animal mask near the guard. An Yang Shang," C. T. Loo & Frank Caro Archive, Musée Guimet, Paris, copy in object file. The object was brought by Loo to the Freer Gallery for examination on November 13, 1940.

Tiny turquoise mosaics define the coiled dragons, with beaked head, three-clawed paw, and spiraling tail, on the projecting tang of this dagger-axe. X-radiographs of this object reveals it was assembled from different pieces that might not have belonged together originally and were pinned and soldered in place in modern times. These repairs explain the disorderly areas of turquoise inlay. 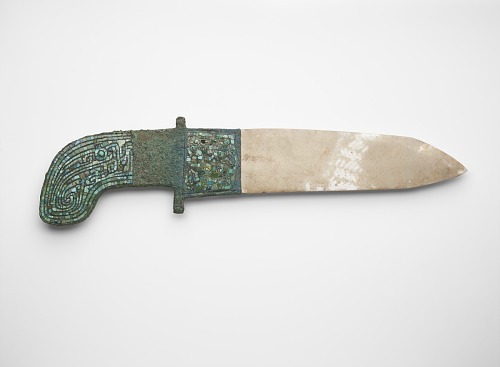 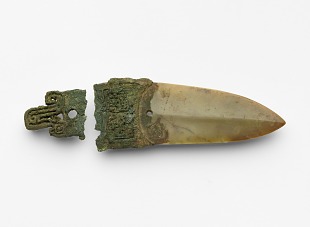 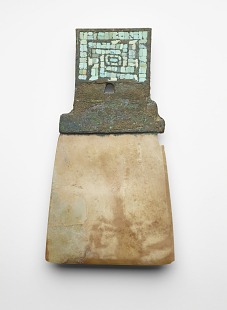 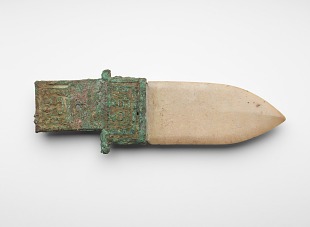 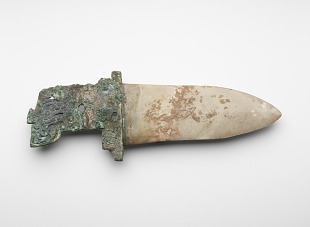 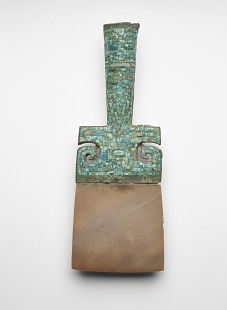 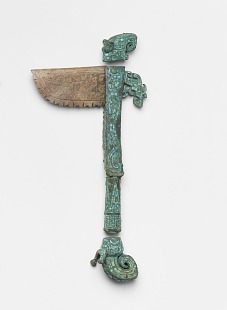 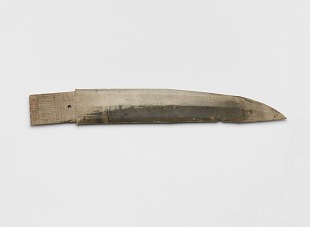