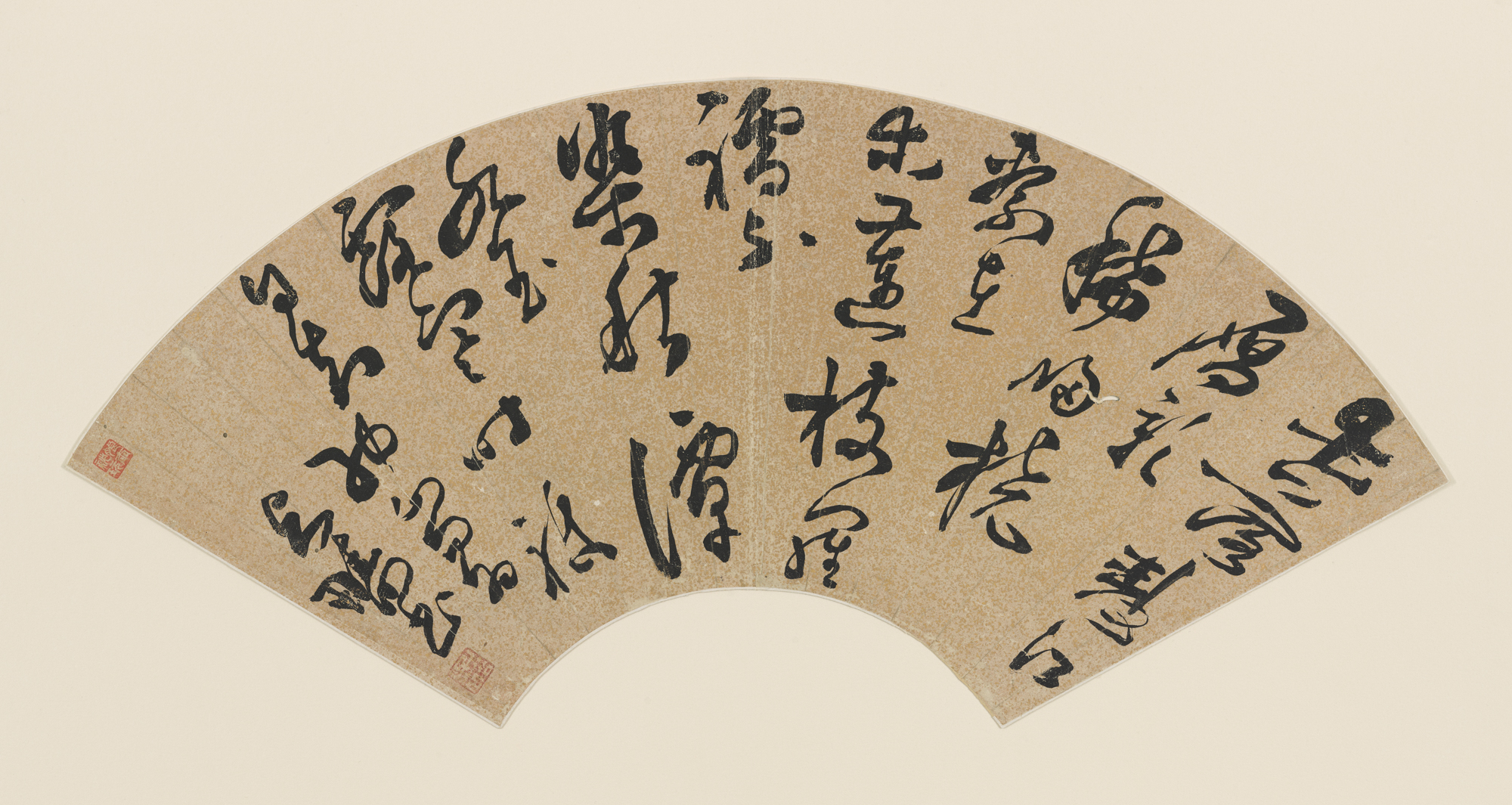 The earliest writing systems in the world were invented in Mesopotamia, Egypt, China, and Mesoamerica. Chinese characters represent one of the most ancient scripts still used today. Unlike the Roman alphabet used in English that consists of letters, the Chinese writing system consists of characters. Each character corresponds to one spoken syllable, but most Chinese words are compound words made up of two or more characters.

Chinese characters evolved from a pictograph-like script called “oracle bone script,” examples of which are found on the bones of buffalo and tortoiseshells used for divinationthe act of foretelling future events or revealing hidden information with the aid of supernatural powers. during the Shang dynastythe earliest Chinese dynasty verified by scholars, ruling from ca. 1600 to 1050 BCE. (ca. 1600–1050 BCE). The pictographic origins of Chinese characters are still evident in some words. For example, the character for tree (mu) closely resembles the tree it is meant to represent. Many Chinese characters, however, are combinations of two of more characters combined together to express a certain meaning. For example, two mu characters joined together form the character lin, meaning “woods.” Three mu characters put together form a new character, sen, meaning “luxuriant growth of trees”  (fig. 1).

Figure 1. An illustration from The Art and Archeology of Ancient China. A Teacher’s Guide, p. 40.

Most of the words in the contemporary Chinese language are compound words, consisting of two of three characters put together. For example, the combination of characters sen and lin isthe two-syllable word senlin, meaning “forest” (fig. 2). 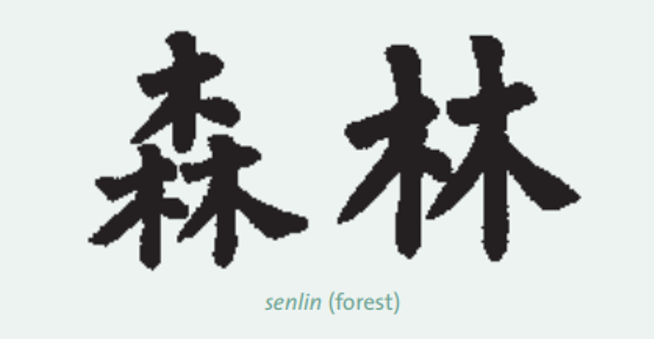 Figure 2. An illustration from The Art and Archeology of Ancient China. A Teacher’s Guide, p. 40.

Six major scripts have developed over the course of more than three thousand years for writing Chinese characters, and all are still used in “artistic writing” (calligraphythe art of producing decorative handwriting with a pen or a brush.) today. Each of these styles of writing—oracle bone, seal, clerical, cursive, running, and —has distinct differences in appearance (fig. 3). 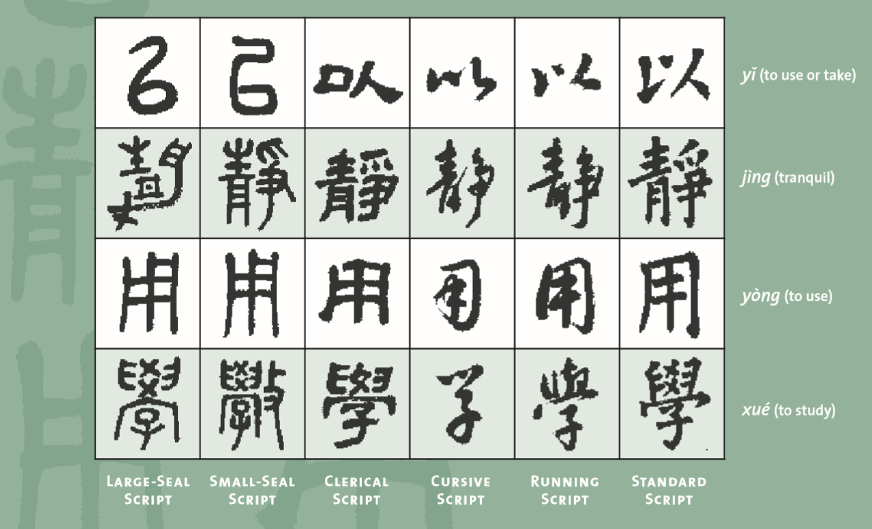 Figure 3. An illustration from The Art and Archeology of Ancient China. A Teacher’s Guide, p. 39.

In the Qin(chin) dynastya series of rulers from a single family. (221–206 BCE), small-seal script became the standard when the emperor unified the Chinese writing system, which had been previously full of regional variations. This small-seal script was often used for official inscriptions on stone monuments. During the Han dynasty (206 BCE–220 CE), a new script emerged called clerical script. This practical script for daily use was easier to write at a high brush speed and was more angular than small-seal script.

Running script, or semicursive script, appeared in the decades immediately after the Han dynasty. In running script, individual strokes are sometimes eliminated or condensed, and separate characters are joined by linking strokes. Due to its ease, convenience, and legibility, running script quickly became the most popular form of Chinese freehand writing in everyday use, and it retains that status today.

Cursive script, sometimes known as “grass” script, developed around the end of the Han dynasty (220 CE). In cursive script, individual strokes within a character are drastically simplified and abbreviated, often becoming a single continuous movement of the writer’s brush. Since the number and structure of strokes significantly changed, both the ability to read and write cursive script requires special training and study.

Standard script is characterized by balanced and clearly legible characters. Perfected in the mid-Tang dynasty (618–907), it is still the first script taught to schoolchildren, and it serves as the typeface for most modern printed materials.

In the mid-twentieth century, mainland China developed a system of simplified characters still in use today.

Calligraphy is the art of writing. Since ancient times in China, calligraphy has been considered the most important visual art form alongside painting. It had been valued by Chinese scholars as a way of self-expression and cultivation long before painting. Calligraphers create their works using the so-called Four Treasures of a Scholar’s Studio: brush, ink, paper, and inkstonea stone used in Chinese calligraphy and painting to grind hard ink and mix it with water.. Personal seal impressions are typically added either below or near the signature when the work is completed.

One of the traditional forms of Chinese painting and calligraphy is a folding fan. An example from the Freer Gallery collection shows a fan with a poem written in cursive script by the Ming dynasty artist Wang Wen (1497–1567). The poem describes traveling home by boat on a chilly autumn day:

Apricots shed along the twin rivers, the shadows of geese are few;
My homeward oars are moored to a branch of this magnolia.
I do not wet my silken robe in waters of the autumn pool;
For I know it is the season of cold and dew that is clear as jade.

inkstone: a stone used in Chinese calligraphy and painting to grind hard ink and mix it with water. 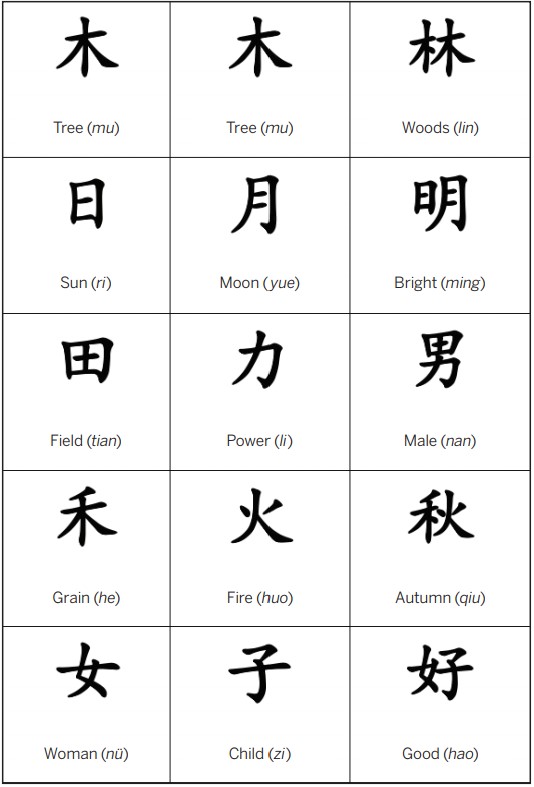 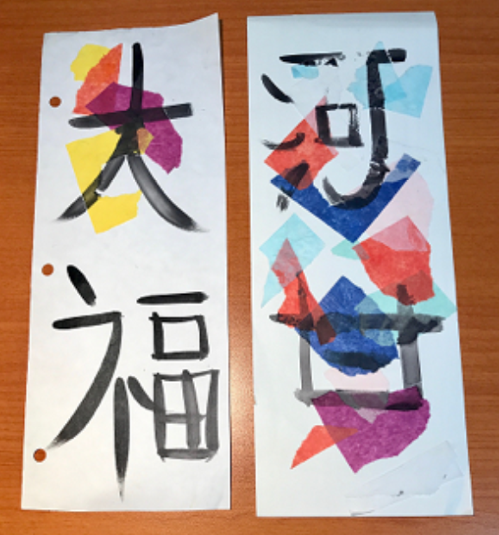 After students have practiced writing with a brush and tempera paint, they can create an art project using the characters they have learned: 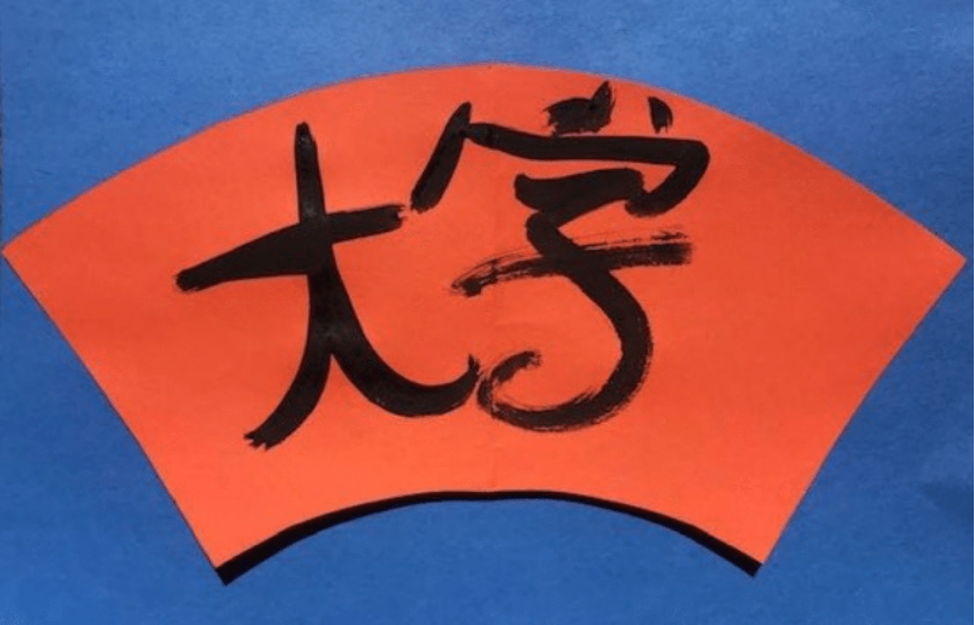 Blog: On Ink, Tradition, and the Handwritten Word

Publication: Brushing the past - later Chinese calligraphy from the gift of Robert Hatfield Ellsworth