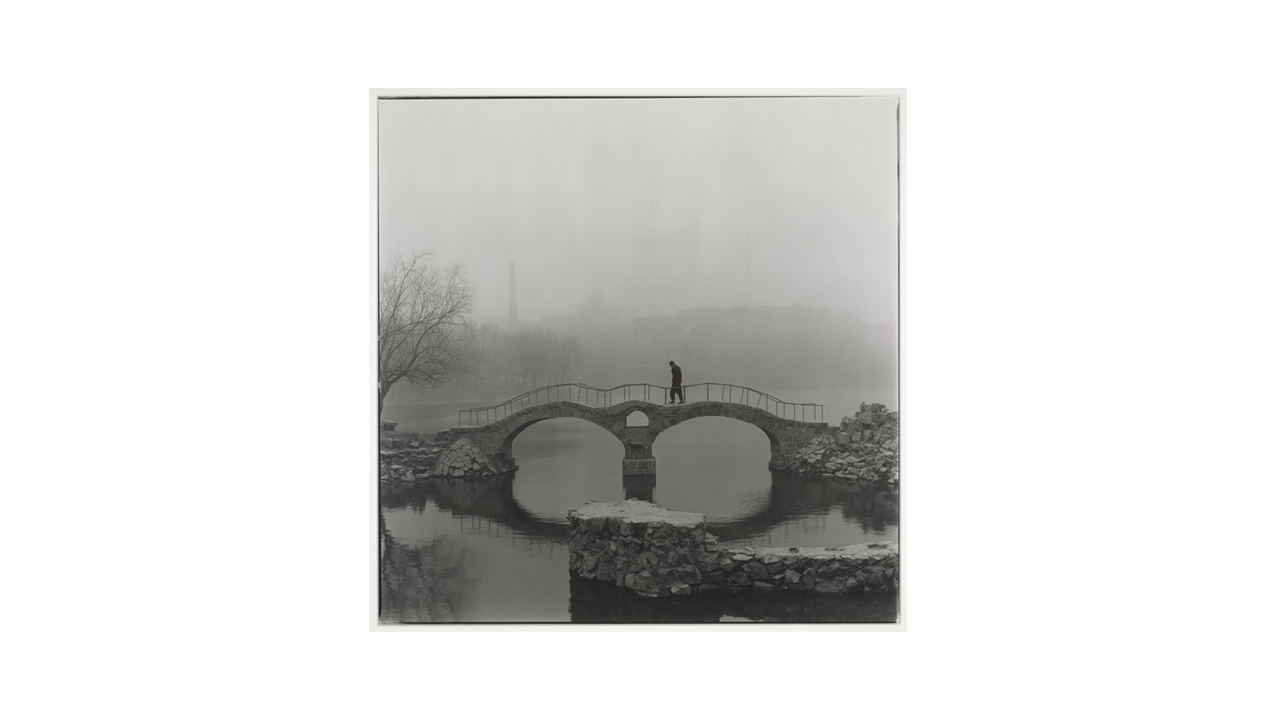 In this photo, a man is crossing a double arch bridge in a park. He seems so tiny and lonely compared to the overwhelming scale of the surrounding environment. The whole scene is enveloped in a cold and gray light, reinforcing the sense of absence and isolation. Demolition debris excavated at both ends of the bridge suggests that it will be removed soon. Meanwhile, the nearby city booms in the distant but cloudy horizon.

The photograph depicts a small park in Changchun(chahng-choo-en) of Jilin(jee-lin) province in northeast China. This is the hometown that the artist Hai Bo(high bo-uh) (born 1962) has been returning to for more than two decades. Hai Bo and his late brother used to play in the park as children. The bridge and the park thus bear sweet childhood memories of the artist. By recording the disappearing landscape of his youth, Hai Bo not only documents the economic and environmental changes of contemporary China, but conveys the impossibility of ever returning to the place of one’s memories.

Hai Bo(high bo-uh) has a deep affection for his hometown and the simple village living that he experienced during his childhood. That landscape, however, has been forever altered by China’s unprecedented economic growth. The photograph both documents a specific place in time, as well as captures the artist’s personal story and feelings.

Exhibition: Japan Modern - Photography from the Katz and Huyck Collection