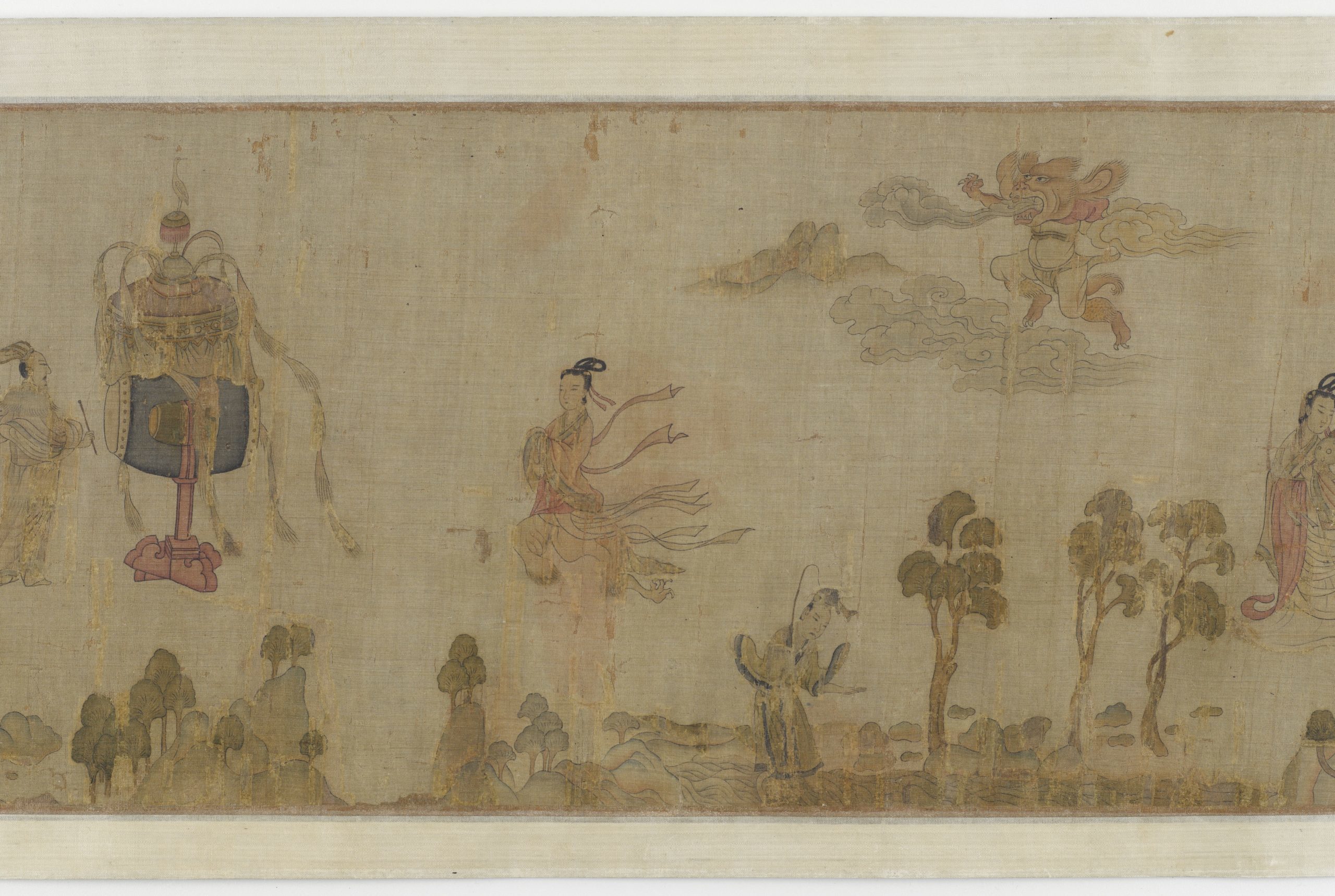 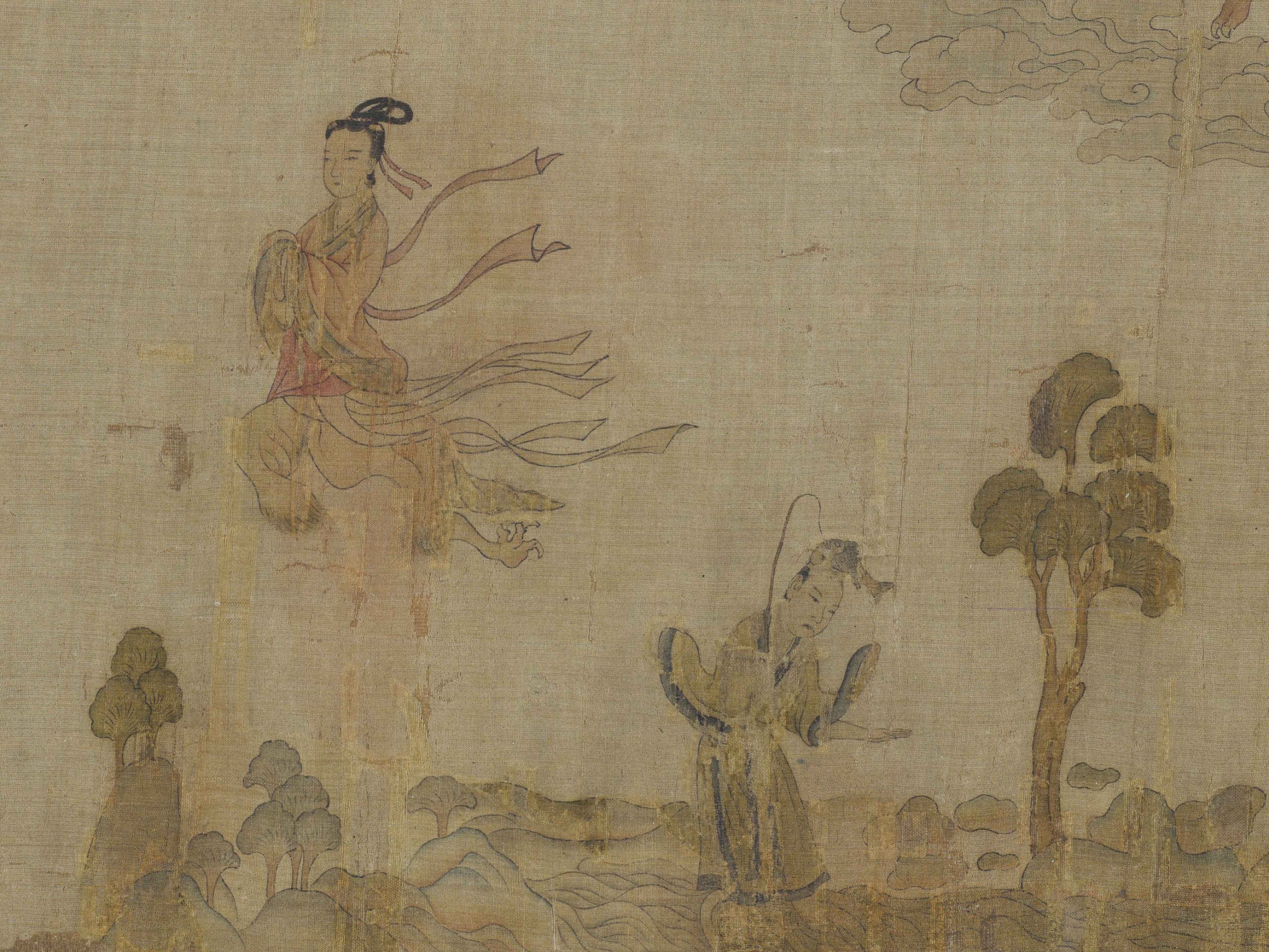 This handscroll illustrates a long poem written in 222 CE by the poet and prince Cao Zhi(ts-ow jur) (192–232). The poem describes the prince’s imaginary romantic encounter with the nymph, or goddess, of the Luo River(loo-o-uh) in central China. They fall in love but eventually part with one another. The prince and the goddess are repeatedly depicted in different sections of the painting, recognizable by the same headdress and hair style. Each section tells a portion of the story. The painting was done in light colors. The figures, trees, clouds, and mountains were first defined with outlines and then filled in with color washes. The figures are beautifully drawn. Their garments, especially the ribbons, were painted so lightly and flowing that one can almost feel the breeze. The landscape, including the trees, clouds, and mountains, seems simplified. The landscape features appear disproportionately smaller than the figures and seem to serve as mere stage sets for various plots.

Only about half of the work’s original length survived, but it is still an important Southern Song (1127–1279) copy of an early compositionthe arrangement of elements in an artwork.. We can recognize from the painting the emergence of Chinese landscape traditiona practice, skill, or talent that is passed down from generation to generation.. Streams were drawn with care and delicacy. Most importantly, simplistic as they may seem, each landscape element works together to form a coherent physical environment. Beyond the individual artistic elements, the painting is a perfect example of Chinese narrative illustration. Different sections of a story appear in a single composition. The same characters reappear several times throughout the painting. Handscroll is the perfect format for such illustration. Read from right to left, each section that is unrolled reveals another part of the story.

The scroll’s first colophonin Chinese, “tiba”; an inscription written on an additional piece of silk or paper that is attached to the scroll after the image. Colophons can include a poem, an essay, or words of appreciation for the artist or painting. is by the great Ming scholar and official Dong Qichang(dohng chee-chahng) (1555–1636), who admires and authenticates the painting. It also includes colophons and collector seals from other important scholars and connoisseurspeople who have a great deal of knowledge about the fine arts, or are expert judges in matters of visual taste. from different times. From these records, we can tell a wonderful story about the painting’s life.

Exhibition: Tales of the Brush - Chinese Painting with Literary Themes

Documentation: Nymph of the Luo River