As a curatorial intern at the Freer and Sackler during the summer of 2019, I was able to view the exhibition Whistler in Watercolor numerous times. My personal favorite work is Flower Market: Dieppe, which Whistler painted in 1885. Whistler successfully conveys the liveliness of the bustling outdoor market. He achieves this by combining colors with just a few strokes of the brush. The artist captures the lively mood in a painting that overall is dainty and minimalistic, which I love. In fact, Whistler does not use the entire paper. This makes the painting look unfinished. I love that this small, simple painting can make such an ordinary scene seem extraordinary.

In his earlier years Whistler experimented with watercolor as sketches. His watercolors gradually became popular among collectors, and they helped to revitalize Whistler’s career and reputation after his libel trial against critic John Ruskin in 1878. It was not until the 1880s that he produced watercolors as finished works in themselves. Whistler was eager to showcase his new repertoire in both England and the United States. His watercolors were shown in two exhibitions in London, in 1884 and 1886, followed by a smaller showing at the Wunderlich Gallery in New York in 1889.

I can imagine that Whistler enjoyed the technical challenge of watercolors. They were smaller and more affordable than oil paintings on canvas. Painting on paper outside resulted in seascapes, domestic interiors, and nocturnes (night scenes). The shift to watercolor allowed him to depict these scenes in a more delicate, intimate way than he could with oil paintings. There is something exquisite about his watercolor paintings. For me, that quality is personal and moving. 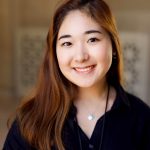