As the weather turns cool and crisp this fall season, there is nothing like holding a cup of hot tea while enjoying the changing colors of the trees or sitting by a cozy fireplace. For this month’s post in the Unseen Art History blog series, read on to uncover how and why this ceramic Japanese tea bowl from the Edo period became part of the Freer Gallery of Art’s collection.

A former samurai based in Kyoto, Japan, Nin’ami Dōhachi (1783–1855) made this stoneware tea bowl. Pinkish grey and white in color, the tea bowl is finished with gold leaf. The use of gold indicates that this was most likely made for a special occasion and meant for one-time use, as the gold would quickly wear off. Both sides of the ovoid-shaped tea bowl’s exterior feature white chrysanthemums, which symbolize autumn in Japanese culture.

The Freer’s founder Charles Lang Freer (1854–1919) purchased many tea bowls and jars in his lifetime. He acquired his earliest tea jars in 1892, but his purchases increased considerably after his first trip to Japan in 1895. While there, he encountered tea plantations, visited tea houses, and attended tea ceremony (chanoyu) in Yamada.

After returning from his trip in 1896, Freer purchased this particular tea bowl from the New York–based art dealer Rufus E. Moore (1840–1918), who specialized in the sale of American paintings and East Asian art, especially ceramics. Moore’s gallery, first called the Kurtz Gallery and later renamed the American Art Gallery, was in the Decker Building at 33 Union Square West in New York City. Freer was introduced to the dealer by Howard Mansfield (1849–1938), a lawyer who was also a trustee of the Metropolitan Museum of Art as well as an admirer of American artist James McNeill Whistler. Moore’s business became one of the first that Freer patronized, and he ultimately purchased at least fifty-seven works from the Kurtz Gallery between 1892 and 1905.

While it remains unclear where Moore acquired this tea bowl, it is possible that he purchased it from Yamanaka & Company, a dealership based in Japan with locations in the United States, including New York City. Moore frequented Yamanaka & Company, making large purchases from its stock. Freer would also purchase Japanese ceramics and other East Asian works of art from the dealership. Indeed, the circle of East Asian art collectors and enthusiasts at the time was very small.

When Freer formally gave his collection of American and Asian art to the United States in 1906, placing it under the stewardship of the Smithsonian Institution, he included this autumnal tea bowl. Upon his death in 1919, his massive collection came to reside in Washington, DC, at the Freer Gallery of Art. Today, this bowl is part of the institution’s world-famous collection of Asian ceramics. 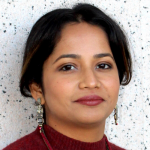