Buddhist art in China rose in prominence during the Northern Qi dynasty (550–577). The array of limestone Buddhist sculptures on view in gallery 17 hints at their popularity. Northern Qi sculptures, often identified by their simplistic yet elegant form, were influenced by the Gupta style from India.

The Cosmic Buddha, one of the most important objects in the Freer collection, bestows a sense of spiritual power like no other. Despite missing a head and hands, the sculpture’s significance stems from the fine illustrations that decorate its robe. These scenes traditionally had a didactic purpose of sharing Buddhist beliefs and teaching people about goodness and evil. The stark juxtaposition between the realm of divinity depicted at the top and the gruesome suffering five realms below conveys the belief in reincarnation and its repeated cycles of existence. Much like the hierarchical system in Dante’s Inferno, the realm of life after death ranges from the glorified to the damned. Although the drapery of the robe shows the solid contours of the body, the Cosmic Buddha seems to transcend the gallery space and reflect the essence of the enlightened one.

Explore the Cosmic Buddha with the Smithsonian X 3D Explorer » 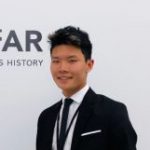