Sensorial experience is rooted in our physical bodies. What we see, hear, taste, smell, and feel causes pleasure or pain. Whether sensory experience is positive or negative, however, Buddhists understand that it results in suffering, either bodily, emotional, or both. The first of the Buddha’s famous Noble Truths is that this is the nature of all worldly existence. Of course, bad smells, disgusting tastes, hurtful touch, discordant sounds, and ugly sights result in immediate suffering and aversion; but even the most delicious, fragrant, beautiful, melodious, pleasurable experiences leave us with sorrow as they inevitably end, or create an insatiable craving for more and more, or lead to the boredom of familiarity. It is our attachments to impermanent, fleeting, ever-changing sensory experiences—good and bad—that must be overcome for suffering to cease and enlightenment to be achieved.

So how do we use our living, able body to transcend its most basic functions, needs, and instincts? If our physical body is a spiritual impediment, what is the nature—the experience—of an enlightened body? The Buddha was born as a human man. Were his body and his senses different from ours?

The Buddha’s outward perfection is a manifestation of his inner perfection—his body is a physical, tangible reflection of invisible, abstract qualities. These many marks express how the Buddha might have looked, sounded, smelled, and felt to those lucky enough to have encountered him and listened to his sermons. They also give us an idea of how the Buddha experienced the world. Naturally, these marks and other qualities of the Buddha’s body extolled in Buddhist scriptures were a topic of conversation in last summer’s scholarly convening on Buddhism and the senses. Here, I look at the multisensory traits of the Buddha and what they can tell us about Buddhist ideals, practices, and art.

According to Buddhist texts, the Buddha, also known as Shakyamuni, has a special body, like all the buddhas that came before him and all those who will come after. This body possesses thirty-two major and eighty minor “marks of the great man” (mahāpuruṣalakṣana) which are said to be the karmic results of eons of lifetimes spent performing virtuous deeds and seeking spiritual perfection.

Beautiful from all sides, the Buddha is tall and well-proportioned, with broad shoulders and arms that extend below his knees; his complexion is golden, and he has thousand-spoked wheels on the palms of his hands and the soles of his flat feet. Remarking on “good sound,” Dr. Donald Lopez discussed the many ways the beauty of the Buddha’s voice and the quality of his speech are praised in texts, such as the list of “the sixty qualities of the Buddha’s melodious speech,” which contains such adjectives as “gentle, soft, appealing, attractive, pure, flawless, distinct captivating, worthy, indomitable, pleasant, melodious, and clear.” The Buddha’s body smells of sandalwood and his breath of lotus, and his hair smells fragrant too. His hands are soft like cotton, his skin is smooth, and his body firm.

But these marks also determine how the body of the Buddha has been perceived or sensed in the two-and-a-half millennia since he passed into final nirvana and his last human body was cremated; we find many of these same attributes, particularly the visual ones, present on images of the Buddha, which were abundant in the exhibition Encountering the Buddha: Art and Practice Across Asia (October 14, 2017 to February 6, 2022).

In fact, scholars believe that some of the physical qualities of the Buddha’s body originated in artistic depictions, such as the webbed fingers common to hands carved in stone. One of the most distinctive and important marks of the Buddha that likely originated in art is the crown protuberance (uṣṇīṣa). While this cranial bump came to represent the Buddha’s wisdom (the skull had to expand to accommodate his full brain!) and was assigned magical powers, it is likely that it began as a topknot hairstyle in the Buddhist art of Gandhara.

These bodily attributes experienced by the four senses distinguish the Buddha as extraordinary among humans; as proof of his spiritual attainments, these marks are sensorial testaments of his superiority. However, the Buddha’s body is also a lesson, even a tool, for all those who encountered him during his life or engage him during their practice. During his presentation on “bad sight,” Dr. Robert DeCaroli explained that being in the presence of a living Buddha is often described as one of the greatest possible karmic rewards because seeing and hearing him preach provides an unparalleled opportunity for insight and awakening.

However, for those not fortunate enough to live in the time of the Buddha, whole systems of meditative visualizations were invented to create or replicate that experience. During these practices, one constructs the image of the Buddha in one’s mind, so that he or she may benefit from being in the Buddha’s presence as he preaches. Not surprisingly, this practice has from at least the second century CE been explicitly linked to the use of images. Dr. John Strong, considering “good smell,” illuminated the practices by which scent—the sense most associated with memory in ancient India—is engaged by offering incense, unguents, and perfumes to recall or re-experience the divinely fragrant Buddha. Through the senses, the Buddha’s body inspires not only devotion but also virtuous actions, as performed by his bodies over many lifetimes and manifested in each of his thirty-two major and eighty minor, multisensory marks.

The Buddha’s body looks, sounds, smells, and feels perfect to those who encounter him—in life or as an image—but the way his enlightened body experiences the world through the five senses and the five sense organs is also perfect. All buddhas possess the “divine eye,” through which they can see the karmic fate of any being, and the “divine ear,” through which they can hear everything, but these are super-knowledges that do not rely on the physical eye and ear. In the list of eighty minor marks of the great man, however, we find that the Buddha’s sensory organs are clear, unimpaired, and free from disease, so even his mundane senses are the sharpest possible, aligning with the rest of his faultless traits.

Interestingly, the only sense that is present on the list of major marks, as Dr. Max Moerman pointed out in his presentation on “good taste,” is the Buddha’s unexcelled sense of taste. The Mahāratnakūta Sutra states that “there is no delicacy in the world which the Tathāgata [the Buddha] does not enjoy. . . .Even when the Tathāgata eats the coarsest food, it tastes better than any celestial ambrosia” (trans. by Chen-chi Chang, 1991). The implication, as Dr. Moerman discussed, is that the Buddha’s sense of taste—ostensibly like his other senses—is not only supreme in its clarity and its strength but especially in its equanimity. All foods, or anything consumed as food, are always and equally delicious. This, of course, is a particularly useful attribute for a monk who begs for charitable food offerings and must eat anything put in his bowl. But the true perfection of the Buddha is that although he has the same sense organs as any able-bodied human male and thus naturally has sensory experience, the Buddha responds without bias. There is no negative or positive reaction, no attachment, no aversion, and therefore no suffering. An essential lesson learned by examining the Buddha’s own senses is that we too can transcend our bodies when we can control our physical and emotional reactions to sensorial experiences. 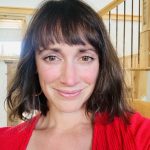 Rebecca Bloom is a scholar and curator specializing in Tibetan Buddhism and Himalayan art. She is particularly interested in the re-creation of sacred spaces in museums and the creation of museum spaces in Buddhist monasteries. As cocurator of Encountering the Buddha, she was responsible for the Tibetan Buddhist Shrine Room and the app "Sacred Spaces," which allows users to explore this shrine room and other shrines across the Himalayas. Ms. Bloom is currently finishing her dissertation, the focus of which is an illustrated commentary on the monastic code composed by the Thirteenth Dalai Lama and the series of murals inspired by this unique text.