Last fall, the Freer|Sackler’s curator of American art, Lee Glazer, traveled to London with artist Darren Waterston to speak at the Chelsea Arts Club, the headquarters of the Whistler Society. Simon Wartnaby, the society’s president, had invited them to give a lecture on Filthy Lucre, Waterston’s reimagining of Whistler’s Peacock Room in a state of sumptuous decay. In the dinner that followed, Wartnaby mentioned that he had recently seen photographs of Whistler’s funeral. The images prompted him to explore the history of the house at 74 Cheyne Walk, the last of four homes along the river Thames that Whistler occupied over the course of four decades. Below, Wartnaby reveals the house’s little-known history.

Known as “the house with the copper door,” the building at 74 Cheyne Walk was designed by architect Charles Robert Ashbee (1863–1942) for himself and his new wife. In fact, Ashbee designed several homes on the fashionable street. The Ashbees lived in no. 74 in 1897 and 1898; Whistler moved there in 1902 and remained in the home until his death the next year.

A synthesis of the Arts and Crafts and Queen Anne styles, Ashbee’s designs were eccentric, but this home was said to be especially so. Joseph and Elizabeth Robins Pennell, Whistler’s official biographers, reported that Whistler found the home strange and underwhelming. According to the Pennells in their 1921 book The Whistler Journal, the artist reported that 74 Cheyne Walk was “a successful example of the disastrous effect of art upon the British middle classes. When I look at the copper front door and all the little odd decorative touches throughout the house, I ask myself what I am doing there, anyhow? But the studio is fine, I have decorated it for myself, gone back to the old scheme of grey.”

The Pennells also provided their own description of the house, whose design they believed to be flawed. The couple described the home’s pitfalls, revealing that the layout proved tricky for an older Whistler to navigate:

It was a ridiculous place anyway, the studio on the ground floor, which was damp, the dining and bed rooms at the top where he had to climb to eat and to sleep until the Doctor stopped him. After that he slept in a front room on a level with the street . . . only one window in it, with panes so small you could hardly look out of it more like a prison cell than a bedroom. The whole affair was tragic.

In addition to its design flaws, the house was next door to a construction site. The noise sent Whistler into a rage. Even worse, the home being built next door was also designed by Ashbee, who had neglected to mention the project when he and his wife rented their home to Whistler. In typical Whistler fashion, he confronted the couple, arguing and protesting by refusing to pay his rent. At the advice of his doctor, Whistler even left the home for a short time. His frail health ended up being a saving grace: the Ashbees only refrained from evicting him because he was ill. Still, the Pennells claimed that the construction next to 74 Cheyne Walk “had a great deal to do with shortening his life.”

Several photos of 74 Cheyne Walk were published in 1903, though it is unclear exactly when they were taken. These pictures show the interior of the home and convey what it may have looked like during Whistler’s residency.

The house’s studio space was a redeeming feature. Previously, Whistler had had a studio separate from his residence, in London Mews. Having a studio in his home ­­not only saved him money but also a commute—not unimportant since Whistler had become quite frail by this time.

In the studio at no. 74, Whistler worked on and stored a number of paintings before he died. One was a portrait of George Washington Vanderbilt. Whistler had painted most of the portrait in 1897, adding finishing touches in 1898. However, he never handed the work over to Vanderbilt, insisting it still wasn’t exactly right, and he brought the portrait with him when he moved to 74 Cheyne Walk. The painting was found in Whistler’s studio after his death in 1903. By that time, Vanderbilt had given up on ever receiving the portrait and commissioned one from John Singer Sargent to take its place. The two men remained close, however: Vanderbilt happened to be in London when Whistler died and was a pallbearer at the funeral.

Whistler did begin a painting of Charles Lang Freer in the Cheyne Walk studio. And in the last year of his life, Whistler took great joy in painting Richard Canfield, a rather notorious American casino owner who became a connoisseur of Whistler’s art, amassing a great number of his works in a short period of time.

To Whistler, the location and the context of 74 Cheyne Walk, rather than the house itself, held the most significance. Chelsea was a hip, up-and-coming neighborhood in London, and Cheyne Walk was the street to live on. Other notable nineteenth-century figures who resided there included Henry James, Oscar Wilde, Bram Stoker, Dante Gabriel Rossetti, and George Eliot.

Chelsea served as the subject matter, setting, and inspiration for many of Whistler’s artworks. 74 Cheyne Walk wasn’t just his last house: it was the last in his series of homes in Chelsea, and it marked the end of Whistler’s four-decade-long presence in the area. During the Second World War, the building was destroyed, following serious damage by a land mine.

Visit Whistler’s Neighborhood to see a gallery of his artwork and photographs of different locations in Chelsea, as well as a map that puts these visuals in context.

This quotations cited in this post are from Pennell and Pennell’s The Whistler Journal, published in 1921. The National Gallery of Art’s website as well as Daniel Sutherland’s Whistler: A Life For Art’s Sake also informed this post.

Simon Wartnaby is an architectural and art historian and president of the Whistler Society in London. 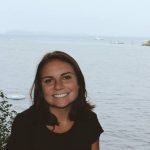