Imagine Washington, DC, abandoned and half-submerged into the Atlantic. The rounded dome of the Jefferson Memorial is visible like a little white island, but no one remembers the structure or its origins. Imagine New York covered with layers and layers of sands, the Chrysler Building in ruins, and the identity of the Statue of Liberty forgotten.

A doomsday scenario? The plot for a science fiction movie? A little far fetched? Maybe, but not when compared to the fate of Pasargadae, the magnificent capital of the Achaemenids (550–330 BCE), the first empire of the ancient world. It was built by the empire’s founder, Cyrus the Great (reigned 550–530 BCE), who conquered much of the Near East within a twenty-year period. He was known for his military skills as well as his tolerance: in 539, when he conquered Babylon, Cyrus allowed the Jews and other prisoners to return to their homeland.

Pasargadae was located in southwestern Iran, in the so-called “plain of the water bird.” Introducing a new architectural plan that would be widely emulated, the palace complex was centered on a large garden and included striking columnar palaces and pavilions, as well as Cyrus’s tomb. It was a pivotal site of the ancient world. Even when the Greeks conquered the Achaemenids in 330 BCE, Alexander the Great visited Pasargadae and paid his respects to Cyrus.

Over the years, however, Pasargadae gradually fell into neglect and was largely forgotten in favor of nearby Persepolis, built by Darius I (522–486 BCE). In the thirteenth century, a local ruler transformed Cyrus’s tomb into a mosque using stones and columns from the nearby palace. According to fifteenth-century Western travelers to the area, very little of the capital and the palace grounds remained, and the tomb was believed to be a woman’s resting-place. Although some scholars had speculated that the site was that of ancient Pasargadae, it was only in 1908 that the celebrated German archaeologist Ernst Herzfeld identified it beyond any reasonable doubt as the royal capital of the Achaemenid Empire.

Even if not much of the once-magnificent capital still stands, thanks to Herzfeld’s efforts, Pasargadae and the tomb are once again linked to Cyrus the Great. The story is a poignant reminder of the passage of time and the power of our collective memory. Experience it in person in Heart of an Empire: Herzfeld’s Discovery of Pasargadae, on view through July 31. 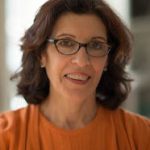 Massumeh Farhad is the Freer|Sackler's chief curator and the Ebrahimi Family Curator of Persian, Arab, and Turkish Art.