Detail, Dish with copper-red glaze, and a Xuande mark in cobalt oxide on the base; F2015.2a-b

China has always privileged the color red. Cinnabar and red ochre were used in ancient burials, probably to represent lifeblood and to help the deceased make the transition from death to immortality. Over time, red became associated with all things auspicious and happy. The Chinese valued its symbolic connection to fire, the sun, the heart, and the southern direction—all positive forces of energy.

For centuries, red has been China’s color of power, celebration, fertility, prosperity, and repelling evil. It has been chosen for the robes of high officials, traditional wedding dresses, babies’ clothing, envelopes for gifts of money, and the walls surrounding the Forbidden City to keep its occupants safe. On Lunar New Year, now as in the past, streets and homes are bedecked with red lanterns, and finery for the day is red or accented by it. Even China’s national flag is red—chosen both as an emblem of the People’s Revolution and as the traditional color of the Chinese people—summing up the color’s importance to national identity.

The English-speaking world has long recognized China’s love of red. Pantone, the standardized color matching system, includes “Chinese red,” a description that can be used to buy house paint or nail polish. But what color is it? “Chinese red” is a vivid orangey-red best described as vermillion. Originally made by grinding the mineral cinnabar and later produced synthetically, vermillion can include a range of warm hues, from bright orange-red to a duller bluish-red. In China, people sometimes refer to “Big Red,” which is a vibrant vermillion; the name also refers to the color’s place on the visible color spectrum, on which red has the longest, strongest presence. Underlying this term, you can feel the deep association with red in the Chinese imagination.

Cinnabar/vermillion is the most common shade of red in China, but it far from the only hue. Dozens of color names that translate as “scarlet,” “ruby,” “crimson,” and “rose” appear in the Chinese language. To suit each art form’s technical requirements, different pigments are used for dying silk, coloring lacquer, or decorating porcelain, thus ensuring a large palette of reds in Chinese art.

Throughout the Ming dynasty (1368–1644), red was favored to connote power and status. The dynasty was founded in the south, which is represented by the color, and the ruling family’s name, Zhu, means “vermillion.” Porcelain, beloved by the early fifteenth-century emperors, was decorated in reds created with a variety of techniques. An iron-red was developed for painting the five-clawed dragon—symbol of the emperor—on a vessel after it had been fired. This achieved a color similar to vermilion, which itself was not suitable for the heat of the kiln.

To create an all-over monochrome red—like the one seen on our dish in Red: Ming Dynasty/Mark Rothko, opening tomorrow—artists had to use a technique in which nanoparticles of copper oxide colored the glaze. The result achieved a tone in the bluish end of the vermillion spectrum, rather like crushed raspberries. “Fresh red” (likened to the blood of a freshly beheaded chicken) and “sacrificial red” are Chinese terms applied to this luscious red glaze. Instead of a blood sacrifice (a common misconception in English), “sacrificial” here refers to the early Ming emperors’ use of copper-red-glazed vessels to present offerings in ritual ceremonies at the Altar of the Sun.

The copper-red color must have pleased the Ming emperors at least as much as any of the other red hues that surrounded them. They continued to order this color despite the fact that it was so difficult to make; this explains the many unsuccessful attempts that have been discovered in a rubbish heap at the imperial kiln. Examples of copper-red glaze that did make the grade attest to the Ming potters’ amazing control of a demanding technology, as well as to their artistic sensitivity. While this shade may not initially strike you as “Chinese red,” spending time with our dish may prove that its particular hue is the most mesmerizing red of all. 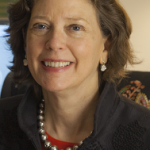