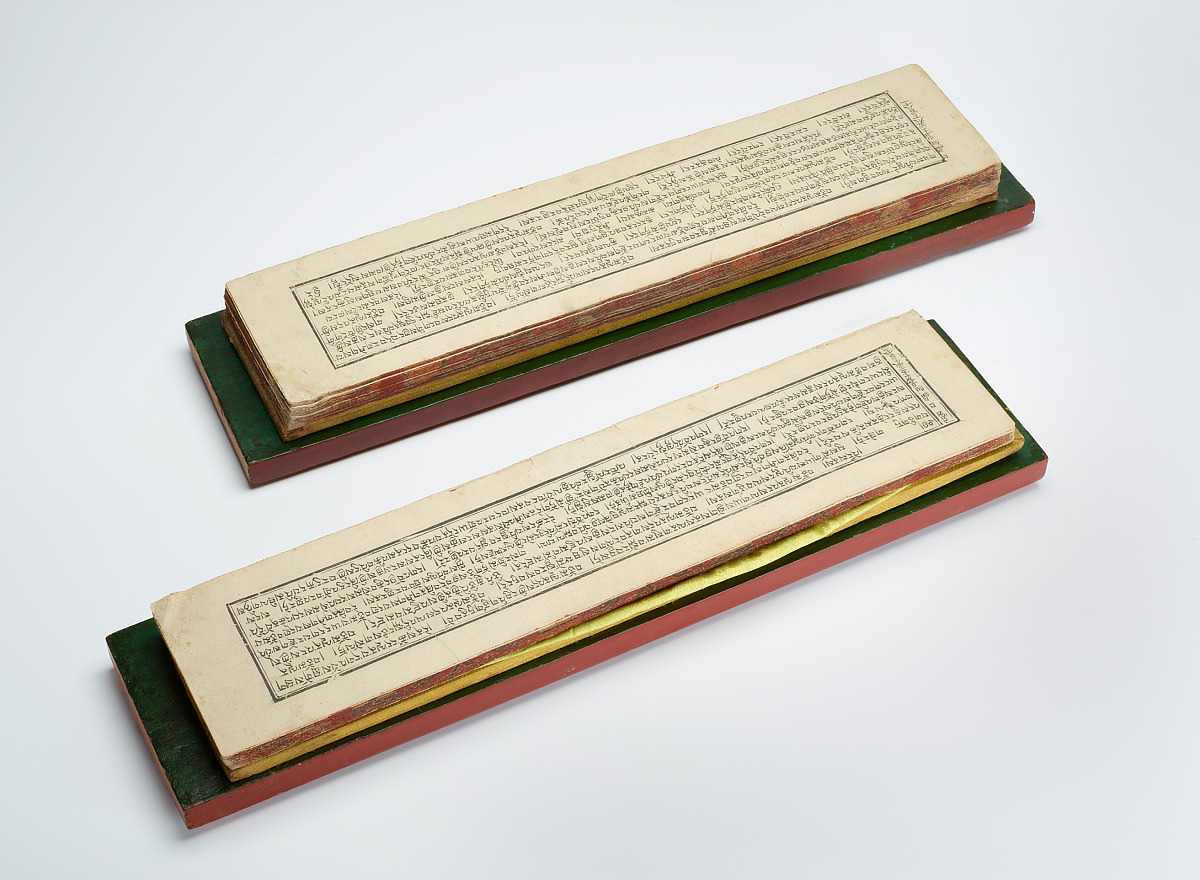 To no later than 1970
Princess Winchuk Dorje, of the Derge Royal family [1]

By 1970 to Early 1990s
Kism and her family, by gift or inheritance from Princess, Winchuk Dorje of the Derge Royal Family [2]

[2] Rudko reports that he never learned Kism's last name and is unsure if Kism did in fact have a last name. Tibetan individuals around that time were reluctant to share their family name -- if they had one -- when selling objects like this one, as items like this typically stayed within a family. Rudko reports that he first saw this object in Kism's possession in 1970, but it was not until the early 1990s that Kism agreed to finally sell it to him.

The Prajnaparamita Sutra explicates the wisdom that leads towards enlightenment. Here, the two wooden covers are brilliantly painted in vermillion ornamented with gold, and the design extends along the sides of the folios between the covers. This text can also be personified as a goddess, popular throughout the Buddhist world. 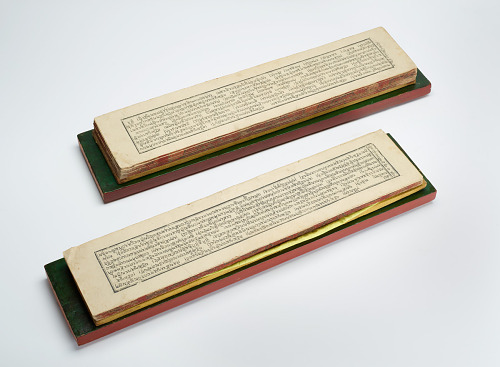