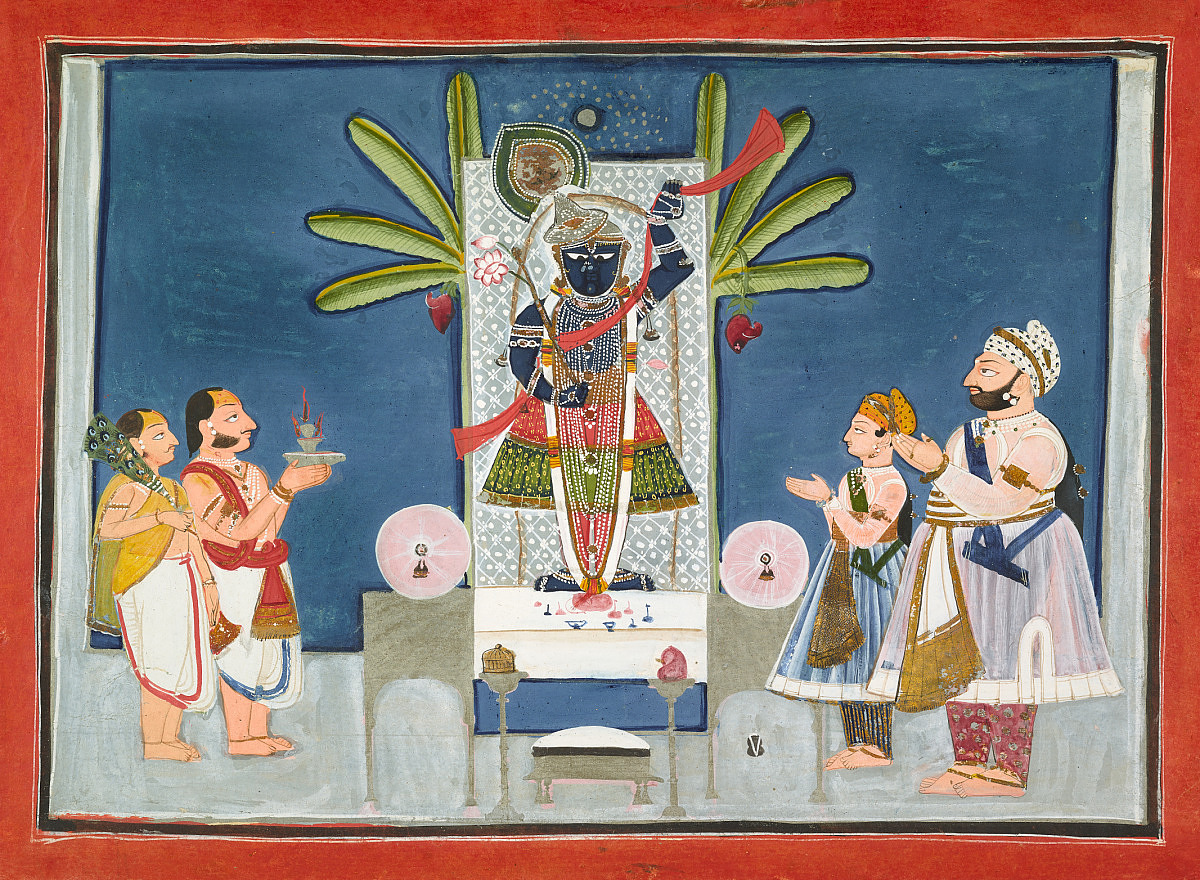 This dreamlike painting captures the magical mood of the monsoon and the bhava (emotion) of raga Nand Malhar. At the top, a strip of watery clouds above a wine-dark sky conveys the season of the monsoon (malhar). Beneath the clouds, on a terrace surrounded by lushly flowering trees, three celestial women with multi-colored wings worship a shivalingam. The scene seems suspended in time. Only the clouds, the pond, and the hands of two of the celestial beings, appear to move. On the left, the water in the pond ripples as the bathing nymph (apsara) takes a handful to splash her face. At center, the apsara delicately reaches forward to adorn the lingam with a petal that she has just plucked from a lotus.

The domed shrine, covered in the dazzling white stucco characteristic of the royal architecture of Udaipur, includes a golden stele (or plaque) that represents Shiva's wife, the goddess Parvati; immediately outside the shrine, a golden icon of Nandi, Shiva's faithful mount, is in his characteristic position of facing his lord.

The painting can be identified as the fairly obscure raga Nand Malhar because of its similarity to a Kotah painting in the collection of Isabella and Vicky Ducrot, which is inscribed as Raga Nand Malhar. The Ducrot imagery includes a Shiva linga with an icon of Parvati to its left, peris with large wings, and dark monsoon clouds. 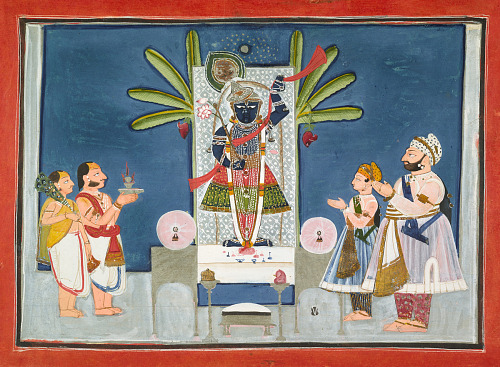