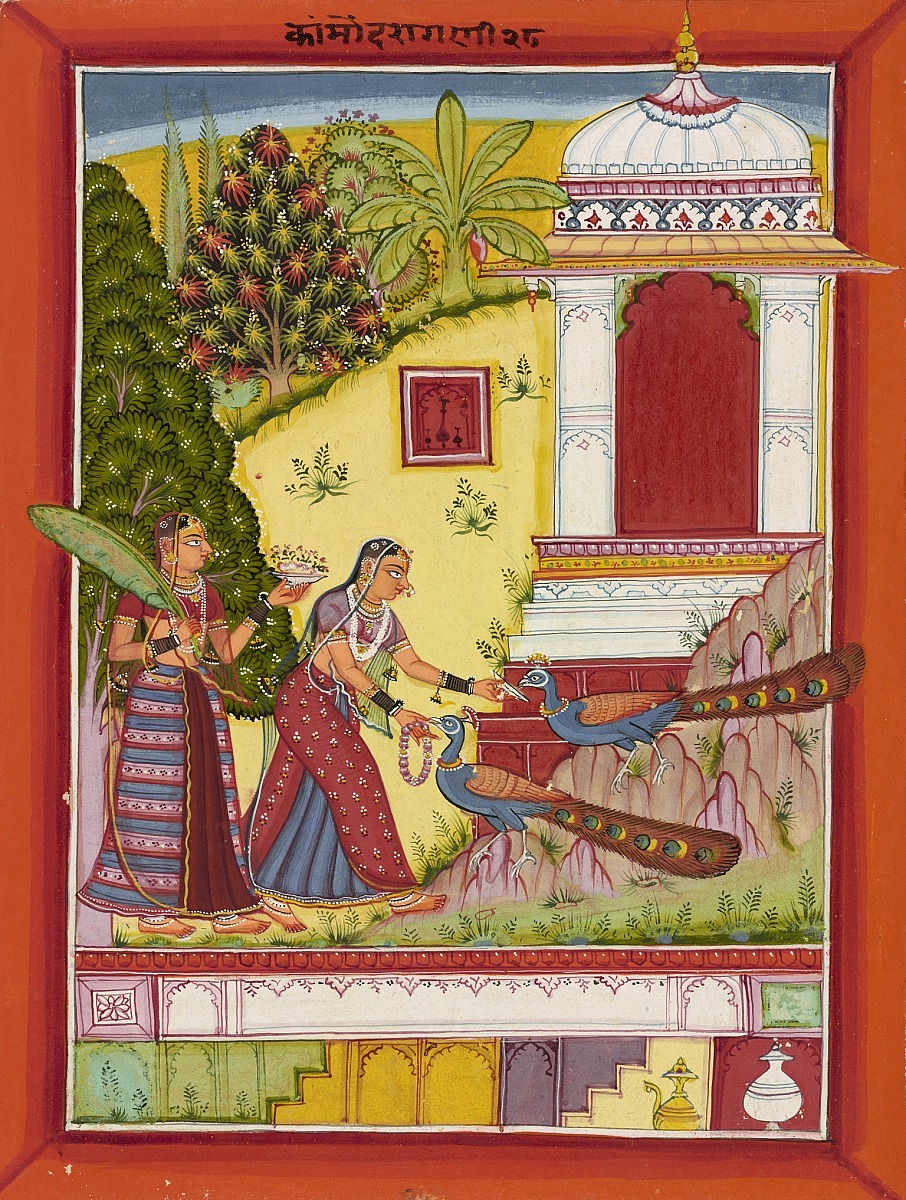 The character of court painting in Rajasthan owes as much to local, non-imperial styles as it does to the Mughal court. This is brilliantly demonstrated in the Sirohi ragamalas that were produced around 1690 in southwest Rajasthan for non-court patrons. This exuberant and luminous Kamod Ragini is from the first and finest of the sets.

In a hilly landscape, two women bring offerings to a shrine, one of whom pauses to feed two peacocks. An orange-tinged sky suggests early evening, the time of day in which Kamod is traditionally performed. The composition and palette are precisely calculated: The playful rectangles evoking architectural forms in the lower registers, the red window set squarely into the middle of a yellow hillside, and the peacock tail, banana leaf and temple spire that jut beyond the borders are signs of a master of abstraction.

The style is rooted in pre-Mughal tradition, particularly its bold use of red, strong color contrasts, the modulating contour line that conveys the weight of bodies, and the squarish heads of the women. 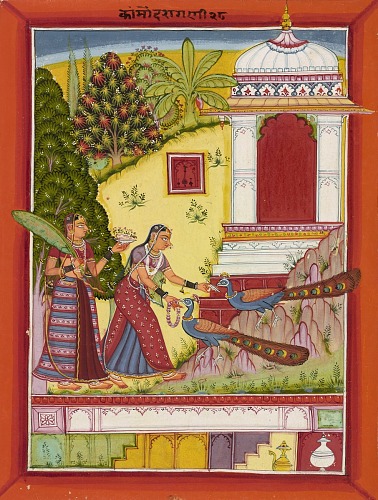