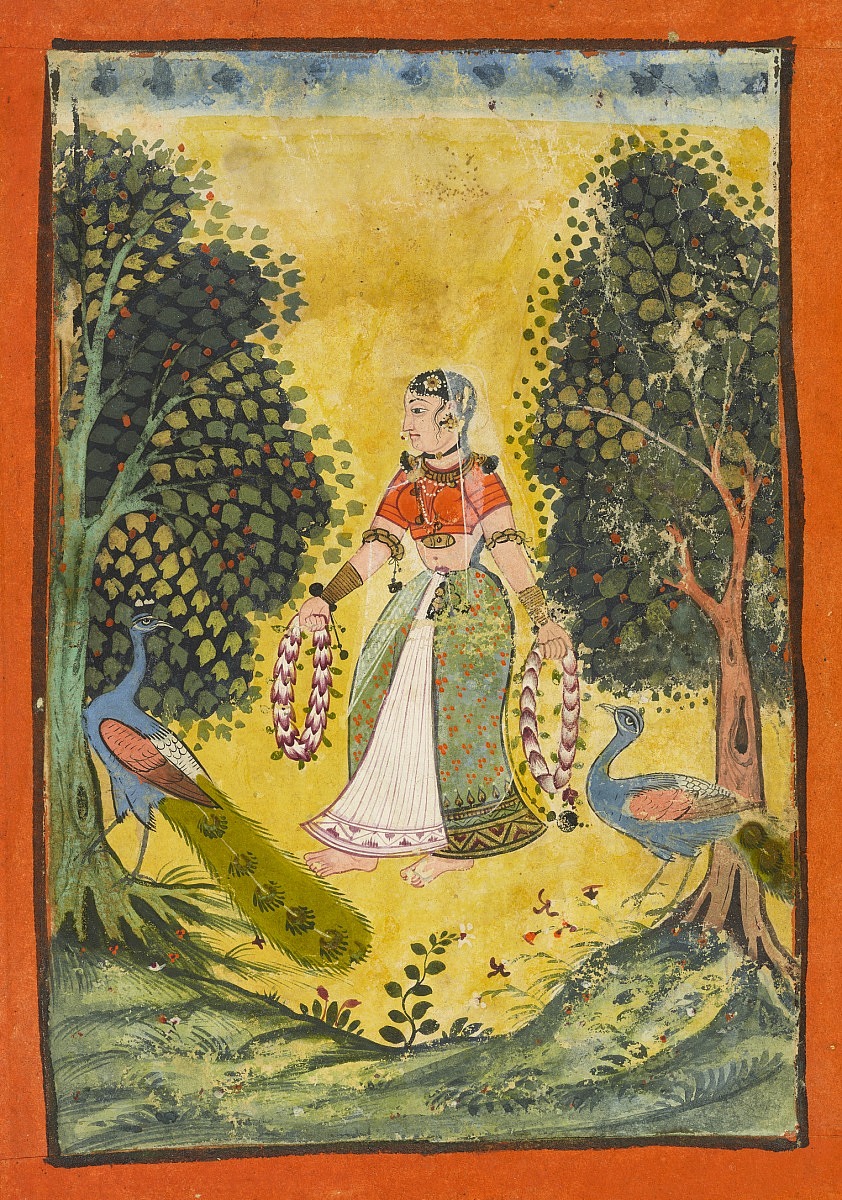 [1] Ralph Benkaim purchased the painting from Sundaram, New Delhi in December 1967, several years before Indian paintings were categorized as antiquities by the Indian government, according to his personal records, as relayed by Catherine Glynn Benkaim.

Kakubha Ragini, a wife of Megha Raga, has the mood of a heroine deserted by her lover. Holding two lotus flower garlands, Kakubha wanders sadly in a grove with two peacocks, whose plaintive cries would have been understood as echoing her feelings of dejection. 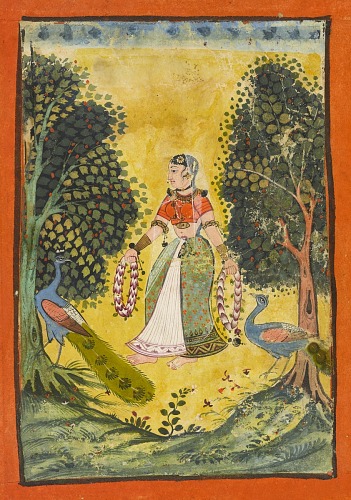