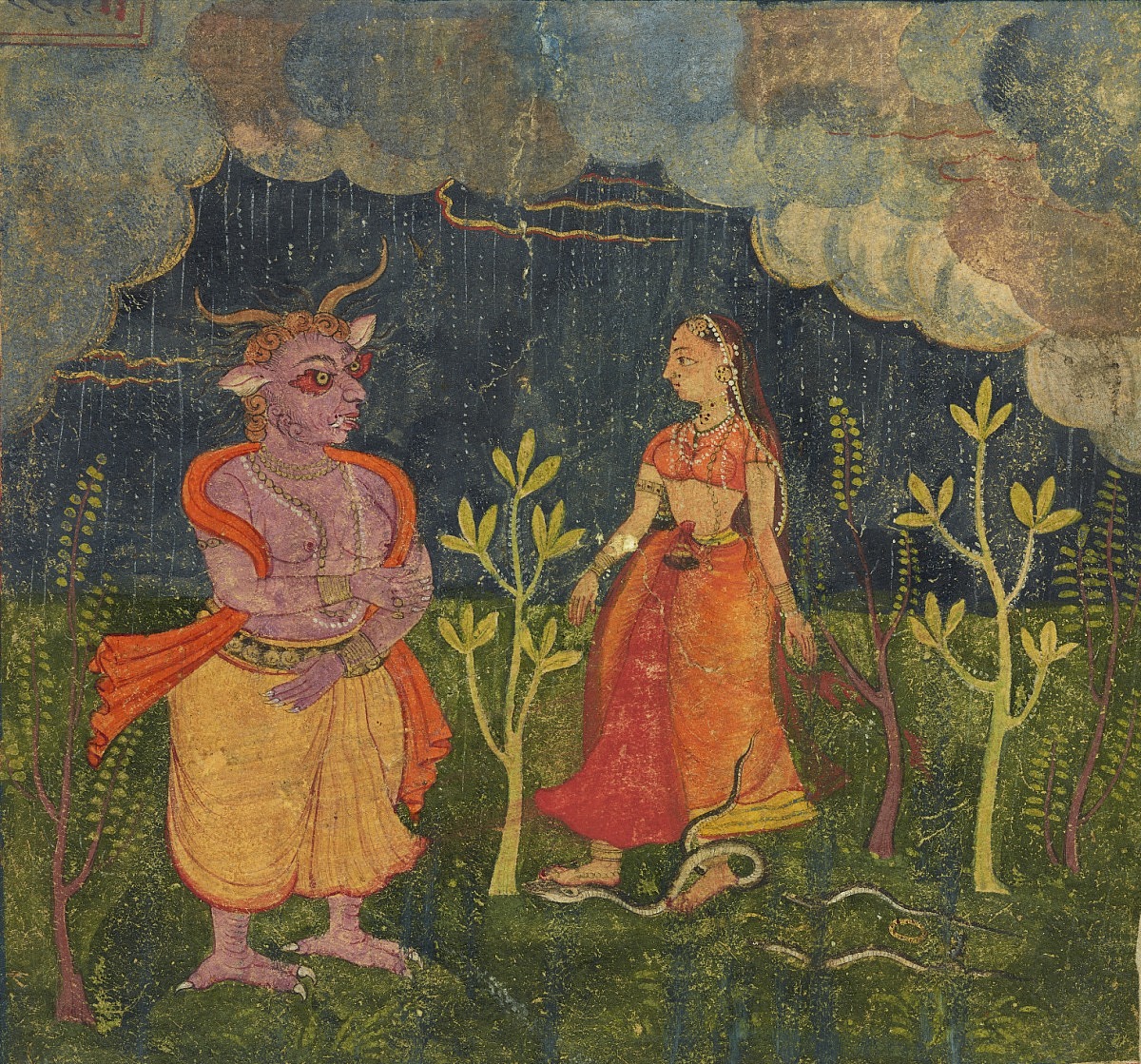 [1] Rama Coomaraswamy was the son of Ananda Kentish Coomaraswamy, an important figure in the field of Indian and Sri Lankan art history. Coomaraswamy was largely responsible for providing the conceptual structures through which South Asian art became studied and valued in India and in the west. Because A.K. Coomaraswamy spent the second half of his life in the U.S., it is highly unlikely that any art from his personal collection would have a contested provenance.

[2] According to information from Catherine Glynn Benkaim.

This small but richly colored painting is from the dispersed Boston Rasikpriya.

Court paintings from North India reveal a range of personal, poetic and religious attitudes towards love. The paintings provided their courtly viewers - who were both men and women -- with models for thinking about and acting on feelings of affection and passion. Indian poets explored and classified every stage of romantic relationships, from passionate desire to remorse after quarrels.

The enormously influential Rasikapriya (1591) transformed the Sanskrit poetic tradition of categorizing romantic types. Keshav Das' text was not only written in the vernacular of literary Hindi (or Braj) it also personalized the classical tradition by identifying the lovers as the Hindu deity Krishna and Radha, a girl from a cow-herder village. In this painting, Radha is depicted as an abhisarika, a woman who fearlessly braves the dangers of the night to meet her lover (Rasikpriya ch. 7, v. 31):

Serpents were coiling round her legs and their heads were being crushed beneath her feet; and evil spirits ranging abroad could be seen in all directions She didn't notice the torriential rain, nor the terrifying thunder of dark clouds, nor the screaming of cicadas amidst the roaring of the story. She didn't know when her ornaments fell off one by one. Defying the ditches and brambles that tried to stand in her way, she went on. The goblin-wives themselves wondered and are asking her, 'Wherefor have you learnt this yoga-like behavior? O abhisarika, how marvelous this trysting!" [translation M.S. Randhawa, 1962].

The poet of the Rasikpriya, Keshavdas, transformed the Sanskritic tradition not only by identifying the lovers as Radha and Krishna, but also by writing in the vernacular (Hindi) instead of Sanskrit. Keshavdas was he most eminent of the poets whose vernacular works in the Riti style transformed literary culture. The Rasikpriya, which he wrote for the ruler of the small court of Orchha, seems to have been immedialtely popular, a shift that be tracked because of the swiftness with which it was copied and illustrated across north India. 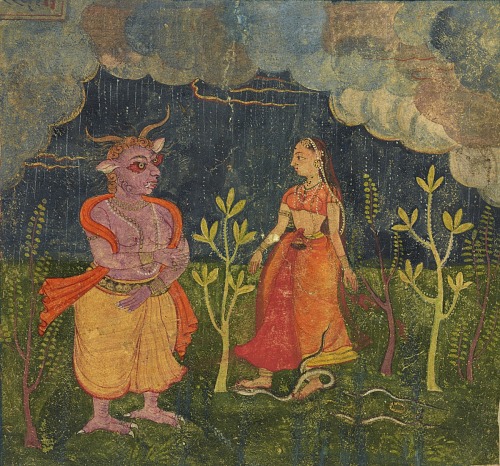 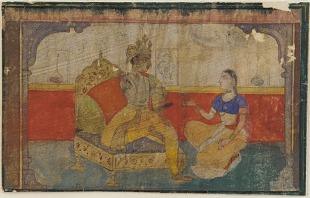 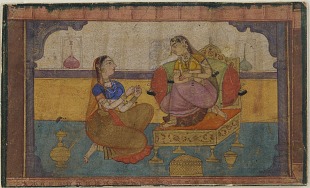