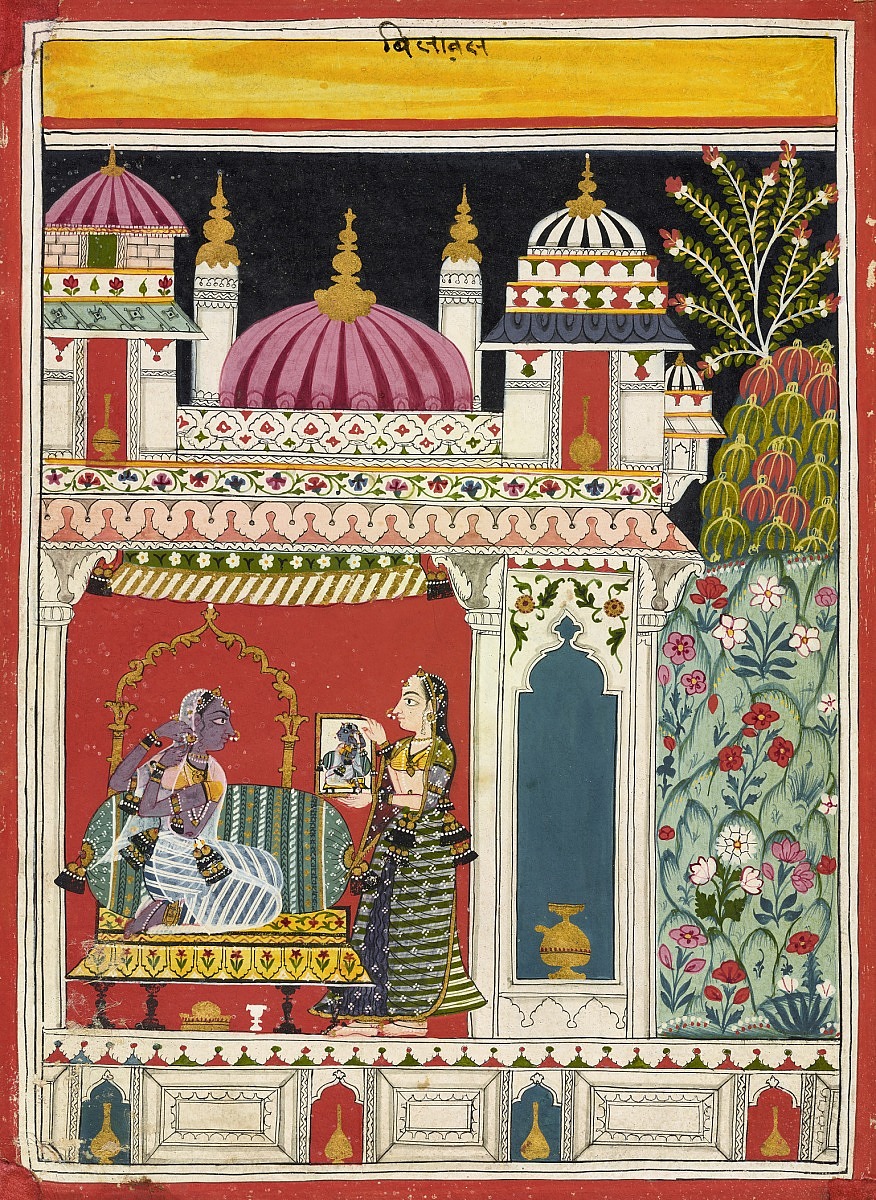 [1] Ralph Benkaim purchased the painting from Sundaram, New Delhi, several years before Indian paintings were classified as antiquities by the Indian government, according to his personal records via Catherine Glynn Benkaim.

In Central India, a minimalist yet evocative school of painting rather mysteriously emerged in the seventeenth century. Over the course of the century, the style and the palette of Malwa painting grew gradually more complex, as seen here in the elaborately decorated pavilion and its flamboyant garden.

Vilaval ragini is a joyous musical mode, embodied as a smiling woman looking at herself in a mirror as she gets ready to meet her lover. The interior room is a bright red, which harkens back to an earlier style of painting, the exterior is exuberant, with ornate decorations and polychrome. Flowers bloom magically outside the pavilion under a pitch-black sky. 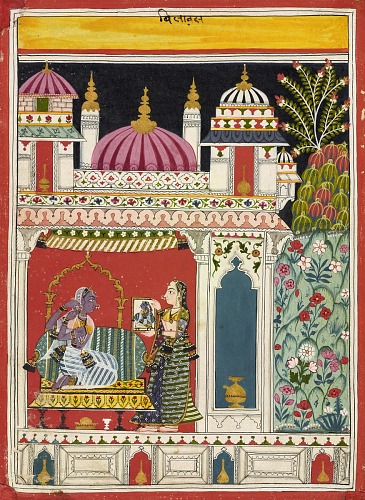