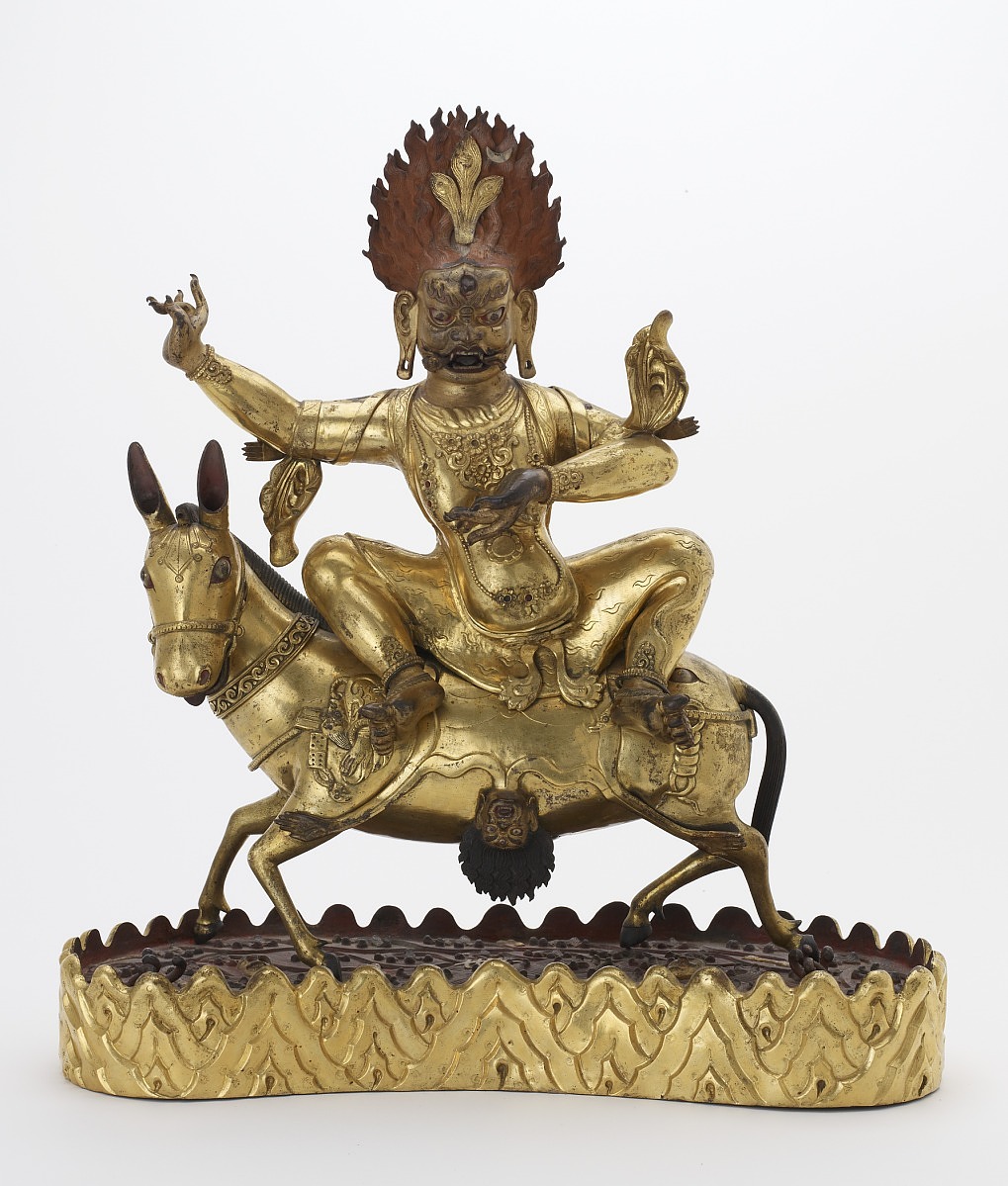 Historical period(s)
second half of the 17th century

Pelden Lhamo, who is also known in Tibet as Shri Devi, is a fierce incarnation of Tara. With her heavy limbs energetically poised, crackling flames of red hair, glowering expression, razor-sharp fangs and delicately realized jewelry, this Lhamo is magnificently terrifying. Its mass, sense of solid volumes and the non-standardized iconography suggest it was created in the later seventeenth century during the early decades of the Kangxi period (1662 – 1772). The extraordinary ensemble represents the protector deity with all of her characteristic attributes as she rides her donkey across a grisly sea of blood and body parts. The pedestal, which is adorned with layers of scallop-edged mountains, provides a ruffled edge for the foaming ocean.

Palden Lhamo’s story, which conveys the difficulty of transforming evil into goodness, is riveting. It is said that Tara manifested as Palden Lhamo in order to stop a South Indian king from performing human sacrifice. She first appeared as a very beautiful woman. After marrying the violent king, she became his favorite and bore him two children. One day the king honored the queen by allowing her to select the humans who would be ritually sacrificed. Without hesitation, the queen offered her children to the priests. The enraged king tried to stop the sacrifice so the queen transformed herself into the terrifying incarnation seen in this sculpture. In front of the king, Sri Devi flayed their son, and then began to chomp on the other child. The devastated king grasped the cruelty of human sacrifice, and begged Sri Devi to restore the children to life. But knowing that it would take him lifetimes to change, she threw one flayed son’s skin over her shoulders, placed the other down as a saddle cloth, and rode off, cackling, into the sky. 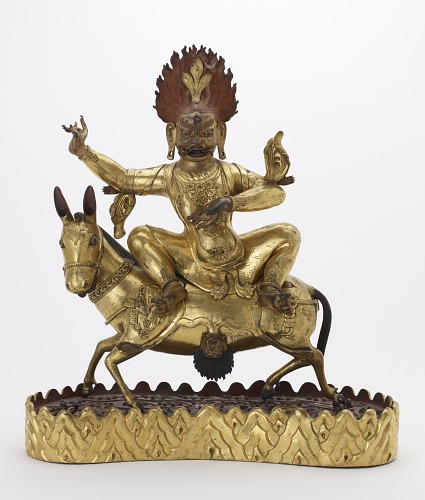