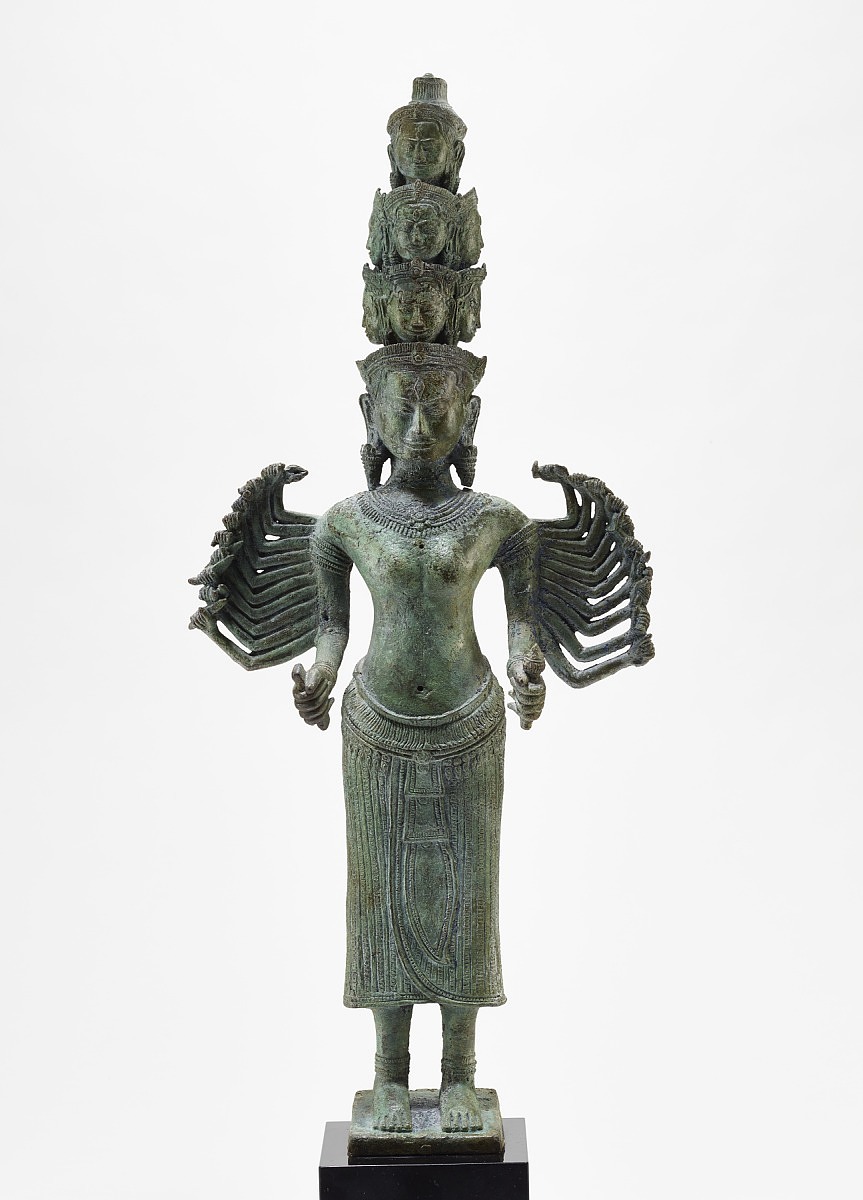 Prajnaparamita is the Sanskrit term for “the perfection of wisdom,” which refers to the wisdom required to reach enlightenment. This highest wisdom is personified as the goddess Prajnaparamita, the mother of all Buddhas. Moreover, the Prajnaparamitasutra is one of the most important texts of Mahayana Buddhism, and the goddess is important in esoteric Buddhist ritual.

This splendid Prajnaparamita with twenty-two arms represents a distinctive form of the goddess that developed in Cambodia in the late twelfth-century.  Her eleven heads are arranged in a towering pyramid. Each is finely realized with a smiling mouth, straight nose, small almond-shaped eyes, diamond-shaped forehead mark, long earlobes, jeweled crown, and bud-shaped earrings. She holds a manuscript in her right hand and a lotus-bud stem in her left. Her twenty other arms fan outward and curl upward, lending movement and vivacity to the whole. She wears a long, vertically pleated sampot with a triple sash falling in front and is adorned with a jeweled collar, bracelets, and anklets.

The bronze is attributed by style and iconography to the Bayon Period, which is named after the Bayon temple, a symbol of the power and religiosity of the ruler Jayavarman VII (reigned ca. 1182 - 1218). The era is characterized by the establishment of esoteric Buddhism as a state religion, and as a consequence, is marked by increasingly complex rituals that required portable images of Prajnaparamita. During Jayavarman VII’s reign, the goddess was identified with both the mother of the Buddha and the ruler: Ta Prohm, an ancestor temple built by Jayavarman VII in 1186, is dedicated to both Prajnaparamita and his mother. 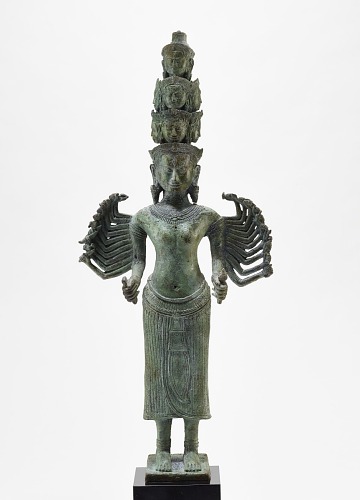