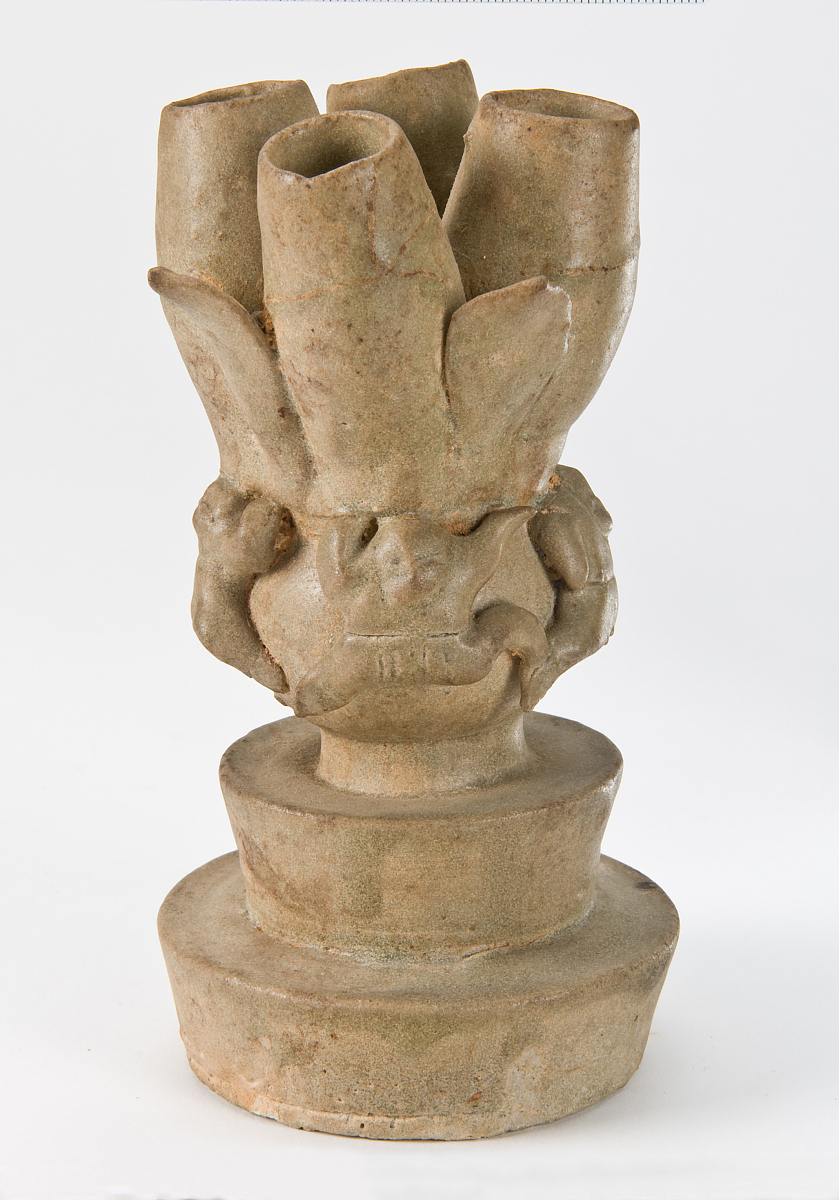 1997 to 1999
In the custody of the Arthur M. Sackler Gallery, upon Paul Singer’s death in January 1997 and a loan agreement between the Executors of the Singer Estate and the Gallery in February 1997 [4]

Plumer likely incorporated the object into his collection shortly after its discovery. The object remained in his collection until his death, see: Selections from the James Marshall Plumer Collection of Oriental Art: A memorial Exhibition, Detroit Institute of Arts, Detroit, MI (March 6 to April 8, 1962), 22c.

[2] Caroline Plumer managed the dispersal of her husband’s collection, working extensively with Frank Caro, the successor to C. T. Loo & Company, New York, NY (later operating as Frank Caro Co. Chinese Art). Around the time of the 1962 exhibition (referenced in note 2) to possibly as late as 1970, Frank Caro held pieces from James Marshall Plumer’s collection on consignment (see letters from L. O. West of the Freer Gallery of Art to Mr. Frank Caro, April 12, 1962, in object file F1974.121, Collections Management Office). Frank Caro inventoried the Plumer’s collection and created stock cards for each object; each is inventoried with the “CP” or “JCP” prefix. This piece was inventoried as “CP 319” (the “CP” could be a typing error, as “JCP” is the more common lettering).

[3] The candleholder is part of a group of burial ceramics reportedly discovered in Fuzhou by James Marshall Plumer, which had been exhibited together in 1952 at the Los Angeles County Museum as part of “Chinese Ceramics: From the Prehistoric Period Through Ch’en Lung” (1952) and again at The Detroit Institute of Arts’ “James Marshall Plumer Collection of Oriental Art, A Memorial Exhibition” (1962). All four burial ceramics are in the museum’s collection (see: RLS1997.48.1674a-b; RLS1997.48.1670; & RLS1997.48.1680). A receipt, from Frank Caro Chinese Art, survives documenting Singer’s purchase of RLS1997.48.1674a-b on December 3, 1968 (see object file for RLS1997.48.1674a-b). It is likely that Dr. Singer purchased the candleholder around the same time, as he regularly purchased groups of objects with matching provenances.
The collection of Chinese art and antiquities assembled by Paul Singer was purchased by him on behalf of Arthur M. Sackler, Jillian Sackler, the Arthur M. Sackler Foundation, the AMS Foundation for the Arts, Sciences, and Humanities and later was transferred to the children of Arthur M. Sackler.

[4] The Dr. Paul Singer Collection of Chinese Art came into the custody of the Arthur M. Sackler Gallery, upon Paul Singer’s death in January 1997 and a loan agreement between the Executors of the Singer Estate and the Gallery in February 1997. 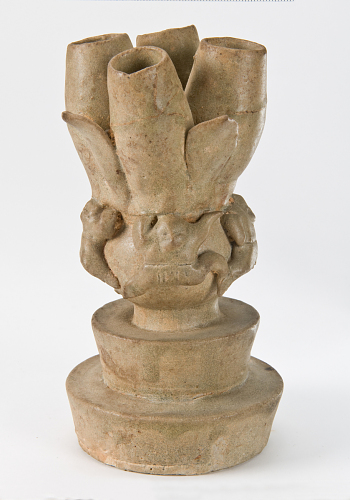