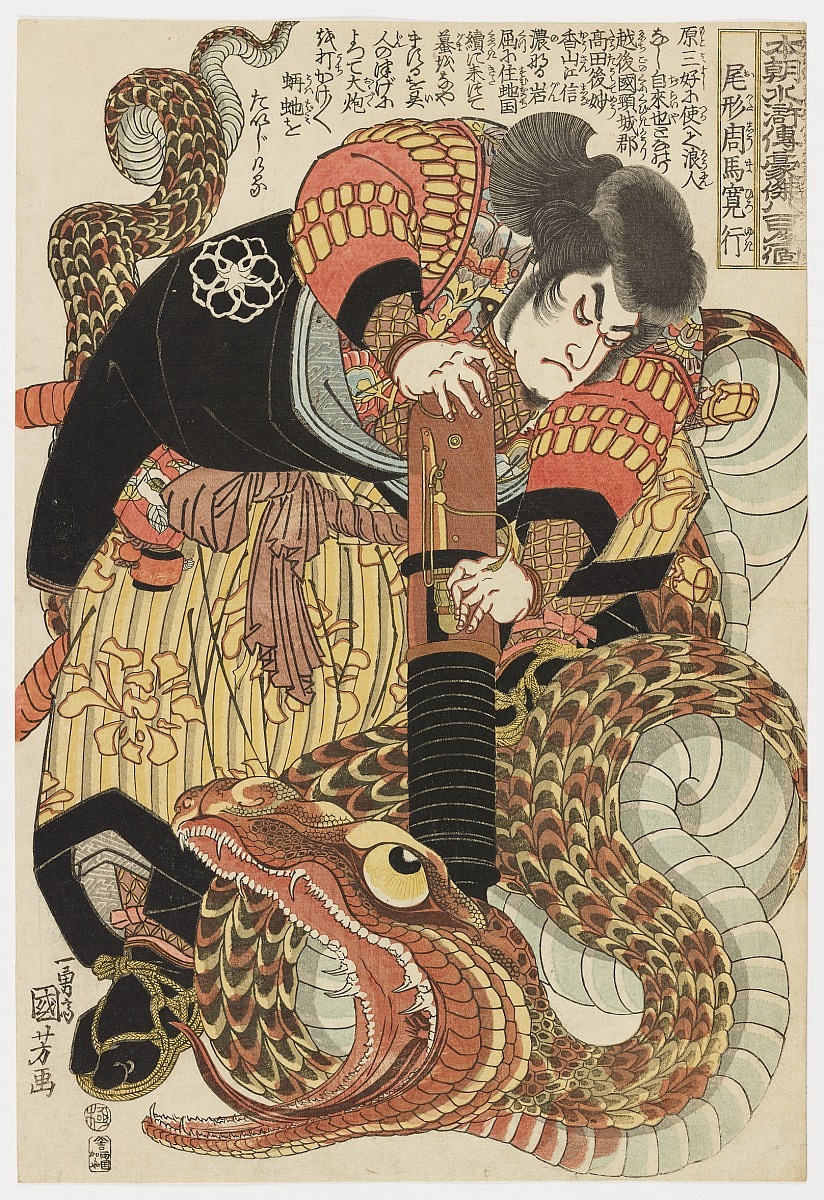 Following the great success of his "popular" series based on the one hundred eight heroes of the Chinese narrative, The Water Margin, Kuniyoshi embarked on a series titled Eight Hundred Heroes of a Japanese Water Margin, All Told. The theme was so popular that he designed eleven series on various Water Margin themes during his lifetime, a reflection of the popularity of the stories themselves and of his arresting images. Here the hero popularly known as Jiraiya, who possessed supernatural powers and could control frogs and snails, kills a snake because it was terrorizing his friends the frogs. He uses a large firearm aimed at the skull of the snake who coils menacingly toward the viewer as if to emerge from the picture. Stories of Jiraiya, a popular character in kabuki, were so well known that they became the basis for a game similar to hammer, paper, and scissors, where on the count of three, players formed their hands into snake, frog, or snail. According to the rules of the game, the snake eats the frog, the frog eats the snail, and the snail poisons the snake. 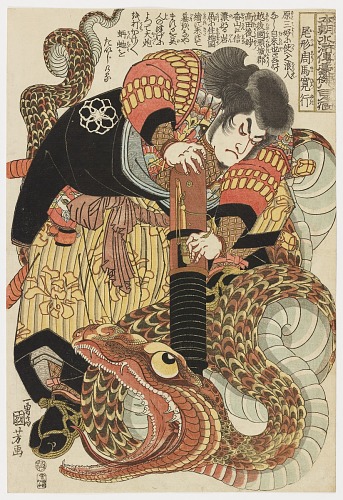