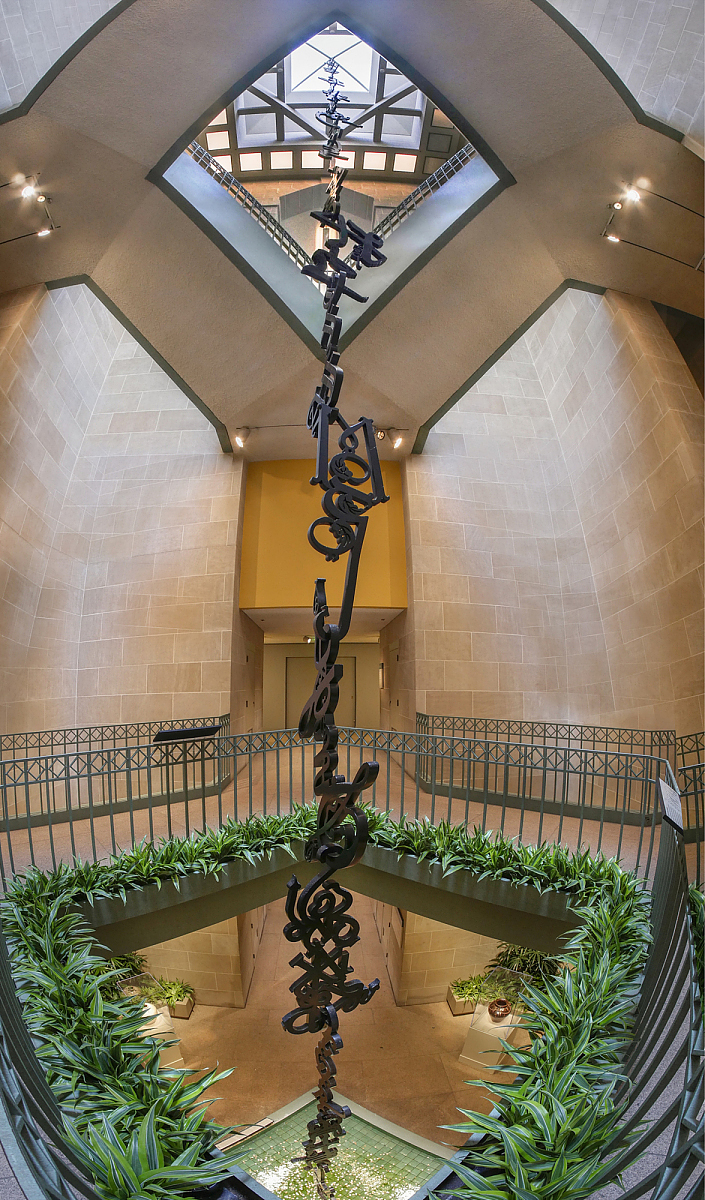 Born in the People's Republic of China, Xu Bing grew up surrounded by books at Beijing University, where his father chaired the history department and his mother worked in the department of library sciences. During the Cultural Revolution, Xu produced revolutionary posters and a village newsletter while working on a communal farm. As a student at the Central Academy of Fine Arts, he employed innovative drawing and woodcut techniques along with his knowledge of artistic fonts and, later, became one of the Academy's youngest faculty members. With his early iconoclastic work, Book From the Sky (1987), Xu emerged as a major figure in the avant-garde (New Wave) art movement in China, as well as the object of harsh government criticism. In 1990, Xu emigrated to the United States where, finding himself in a new and unfamiliar place, he began to consider language and his fascination with words in the context of cultural interactions. Subsequent works, like Square Word Calligraphy Classroom (1996 and ongoing), confirmed his identity as an international artist.

Based on a Chinese folktale of monkeys who try to reach for the moon, only to discover a vanishing reflection in the water, Monkeys Grasp for the Moon is an installation of word shapes, each one a representation of the word "monkey" rendered in twenty languages and writing systems, including English, Chinese, Japanese, Thai, and Braille. The words resemble monkeys, stretched at beginning and end to form long tails and arms that link together. 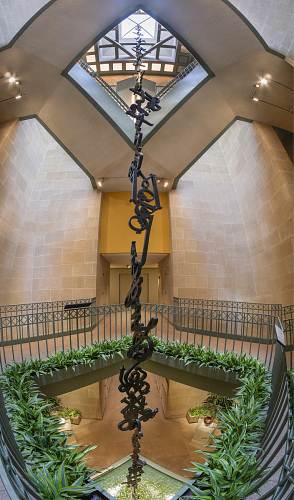